Of all the emotions I expected to feel after watching Room, hope was not one of them. And yet, there I was--punched in the gut but unable to shake what can only be described as a hard-won sense of optimism.

As a father of three young girls, I knew from the outset that the screen adaptation of Emma Donoghue's award-winning novel was not something that I would be able to "enjoy." Rather, it was one of those films that, for a number of reasons, I would simply need to endure. 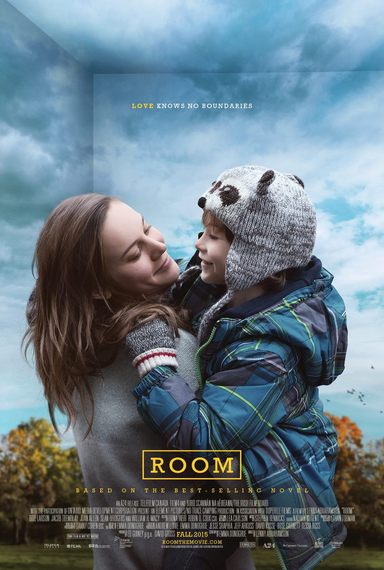 Scheduled for its national release this November, Room stars Brie Larson as Ma. Abducted as a teenager, Ma has been imprisoned in a tiny shed for seven years, routinely assaulted by her captor and eventually impregnated. It is in this room that she not only gives birth to a son, but also grows into motherhood. Like I said--a father's worst nightmare.

But the story itself is actually told from the perspective of Jack, the now five-year-old boy who has lived his entire life in the place that he and his mother call "room." Jack has never known anything other than room. It defines the whole of his reality. And the first half of the film is a beautiful portrait of a mother who goes to incredible lengths to ensure that these suffocating confines do not permanently deform her son. In the midst of their oppressive circumstances, she encourages his creativity and his imagination. She stimulates his intellect and exercises his body. Perhaps most importantly, she tells him stories--stories that help Jack make sense of his impossibly tiny world and their place in it.

The second half of the narrative focuses on Jack and Ma's life in the world outside room, which marks a stark tonal shift in the film. This latter segment is compelling in large part because of the human drama it depicts and the way it connects to so many of the real-life tragedies that seem to regularly make their way into the headlines and scroll across our screens on news tickers.

But the power of the first portion--the one that takes place entirely inside room--is far more metaphorical. And as this metaphor unfolds, we encounter the real heart of the film--one comprised of equal parts horror and hope.

The first words we hear come from Ma: "Go to sleep." Jack utters the next line: "Once upon a time..." Jack is reading from a storybook, but this opening dialogue frames the film in a very specific way. This is not just any story. It's the kind of story that parents tell their children at bedtime. It's a fairytale ... albeit a rather grim one. 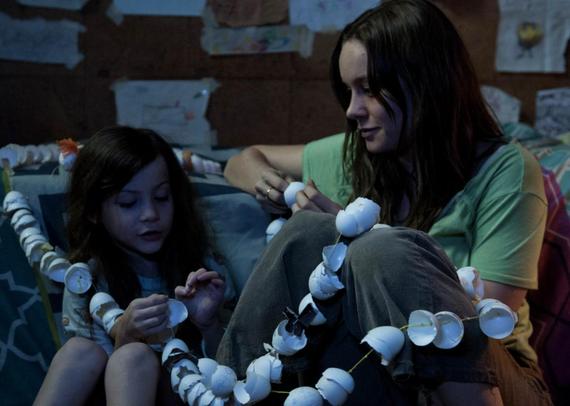 It wasn't until the day after I first watched Room that this realization hit me. My daughters and I were watching Tangled, which is Disney's re-telling of the Rapunzel story. Having just seen Room, it was as if I was watching Tangled for the first time. Here too was a story about a young girl, abducted and held hostage in a tiny room, her abductor instilling in her an abiding fear of the outside world.

Disney of course sidesteps the darkest elements of the story, but Tangled is still clearly part of a narrative tradition that has its origins in the collection of fairytales assembled by the Brothers Grimm. The key difference between Disney's version of the Rapunzel story and Room is that Tangled is designed to be suitable for children. Much like the original Grimm stories though, Room is not. It is rated R for a reason. Children should not see this film.

Yet, in this way, Room presents viewers with an important question--one that, at least in my mind, is profoundly religious in nature, even theological. That is, why do we tell fairytales? I don't mean the Disney-fied kind. I mean the ones that are found in the pages of the Grimm brother's collection. Why would we want to endure these stories as adults, much less tell them to our children?

If Room is in fact a kind of modern day Grimm's fairytale, then it seems to suggest at least two possible answers. On the one hand, Room is a story for and about parents, exploring as it does all of the fears, struggles, and anxieties that come with raising a human being. On the other hand, Room is about five-year-old Jack and his uncanny resilience in the face of unthinkable conditions. In both cases though, it's about our human capacity to meaningfully connect the world inside room with the world outside through the stories we tell each other

Indeed, Jack develops as a character not by abandoning the "children's" stories he and his mother read to each other, but by drawing courage from them in order to face the unknown world that exists beyond the walls of room. Maturity for Jack is the recognition that reality is far greater than he had ever imagined. "The world" extends beyond what he can see and taste and touch. And his storied imagination is the means by which he navigates this ever-expanding reality, terrifying as it might be.

Which brings us back to the question of hope and the metaphorical power of Room. Jack's growing awareness of reality is the very thing that allows him (spoiler alert!) to save his Ma. He not only executes their escape plan, but in their life outside of room he serves as a kind of faith healer for Ma. As he says when he cuts his long hair (where he believes his strength resides) and sends it to Ma after her suicide attempt: "my strong is your strong." Here is Jack's love reaching out into the future. He is no longer simply telling bedtime stories about power-imbued hair. He is a purveyor of hope for a woman who has every reason to be hopeless. 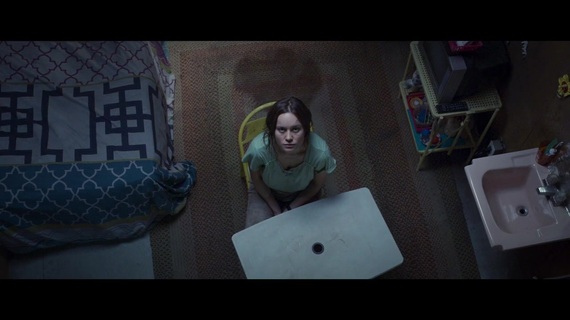 But Jack's path toward personal and, indeed, spiritual maturity runs in direct opposition to the stories about reality that we most often tell in the modern world. Many if not most contemporary people operate with the assumption that we are meant to grow out of these "childish" notions about something that lies beyond our tightly bound universe. In this view, our coming of age involves the discarding of our immature "belief" in greater realities.

But here's the thing: like Jack's fairytales, this take on reality is itself "just" a story. It's a particularly modern way of understanding the world, but it is anything but a simple description of "the way things are." It might align better with an empirical approach to reality and it might give us the impression that we have a handle on what is going on in the world, but the cost is nothing less than the disenchantment of our lives. According to this story, we are forever enclosed in a prison of our own making. There is no hope for escape because this is all there is.

Significantly then, Jack's ability to face the "real" world hinges in part upon his rejection of this modern narrative. It isn't that his awareness of the outside world now makes room insignificant. Rather, he realizes that room is but one small part of a much larger and more expansive whole. Put differently, Jack's hope for himself and his Ma is rooted in his capacity to see through the walls of room. It's a vision for flourishing that is fueled by fairytales--stories that have given him eyes to see and ears to hear. And in my estimation, this is a profoundly religious, even spiritual impulse. Stories are never "just" stories. They are world creating.

Of course, the question for us as viewers is whether this metaphor has any purchase beyond the film. We are all living in a room of some kind. For many, there simply cannot be anything more. What you see is what you get.

For others, Jack may be on to something--something that resonates with a line from C.S. Lewis' The Silver Chair. My colleague at Fuller Seminary, Robert Johnston, reminded me of this quote during a post-screening conversation about Room. (Read his insightful review of the film here). I can't put it any better than Lewis, so I won't try.

"Suppose we have only dreamed, or made up, all these things--trees and grass and sun and moon and stars and Aslan himself. Suppose we have. Then all I can say is that in that case, the made up things seem a good deal more important than the real ones. Suppose this black pit of a kingdom of yours is the only world. Well, it strikes me as a pretty poor one. And that's a funny thing... Four babies playing a game can make a play-world which licks your real world hollow."