It's the perfect storyline for a thriller: Roommate moves in. Roommate tries to steal your identity. Roommate turns into Single White Female. Actress Jennifer Jason Leigh may not have cost Bridget Fonda thousands in a lost security deposit (at least, not that we know of!), but roommate horror stories are more common than you might think. And a real-life bad-roommate scandal goes beyond just drinking all the milk and not replacing it. Things like a roommate skipping town and not paying rent, adopting a dog and letting it run amok, and stealing your personal possessions can happen -- and can cost you big time. Avoid being unknowingly cast in a roommate horror story by considering these real-life stories of roommate woe and the words of wisdom from David Roberson, real estate attorney and principal of Silicon Valley Property Management Group, which manages apartments for rent in San Jose, CA. 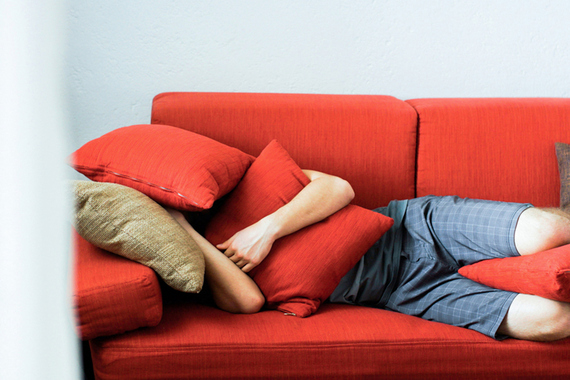 1. Secure the security deposit
When Carrie Campbell of Athens, GA, moved into her rental home with two other friends, she had no reason to think they wouldn't get their security deposit back when it was time to wrap up their lease. But fast-forward several months into the lease, when one of Campbell's roommates decided to get a dog. "She would leave town without warning for days and just leave it inside to pee and poop or tied up in the yard," Campbell says. That damage, unfortunately, cost the trio their full security deposit.

Avoid it: Assuming your rental agreement doesn't allow pets, this is an outright breach of lease. Campbell and her other non-dog-owning roommate could have reason to sue the dog owner in small claims court for the amount of money lost due to the damage the dog created, says Roberson. But beyond taking them to court, it's best to be firm with your roommates from the very beginning on whether pets are allowed, even if your lease says it's OK to have one.

2. Cover your personal goods
When you live with someone else, there's always a risk that your roommate will break or damage some of your personal belongings -- one reason renters insurance is so important. Torie Robinette of Charlotte, NC, never dreamed her one-time friend and roommate would take off with her property. "I was fighting with my roommate quite a bit leading up to this," she says. "I went home for Christmas break, and when I got back home on New Year's Eve, she had moved out and literally, Grinch-style, taken everything but the Christmas tree, including furniture we had purchased together. She also took the wireless router and left a $20 bill on the kitchen counter. I had to call our landlord and have him track her down." Luckily, Robinette never had to place a claim with her insurance company for the missing furniture the two had paid for together -- the roommate eventually returned some of the items, and Robinette's parents helped pay the remainder of the rent on the lease.

Avoid it: There's not much you can do to keep this from happening, says Roberson. Robinette and her roommate were friends when they moved in together, so the situation was a surprise. But if the roommate had decided not to return any of the valuables and personal belongings, Robinette's best chance of recourse would've been to go to small claims court to seek reimbursement for unpaid rent, missing belongings, and any additional damages, says Roberson.

3. Protect your rent
Or rather, make sure your roommate doesn't bail and leave you on the hook for the full rent payment. Such was the case with Ann McBride of Fairfax, VA. "My roommate came to me one day and said she had signed a lease somewhere else because she couldn't afford our place anymore, and she was moving out in two days," she says. "I was unemployed at the time and already getting assistance from my family to pay my portion of the rent. We threatened to take her to small claims court to get her to pay up but never followed through. She just moved out, even though her name was on the lease, and left me there to pay $1,000 more in rent for six more months. She couldn't understand why this was a problem. In her mind, she had explained that she couldn't afford it, so why should she pay it? All in all, she cost me about $10,000 in the course of a year."

Avoid it: Yes, McBride could have taken her roommate to small claims court to cover the missing lease payments. But that wouldn't have necessarily solved her problems. "The remaining tenant would be obligated to find another tenant to mitigate the damages caused by the moving tenant," explains Roberson. So unless McBride wanted to break her lease as well (and deal with the potential ramifications, like forfeiting her security deposit), she would be on the hook to find a new roommate with whom she could share costs.

Have you ever had a bad-roommate situation? Did you end up in small claims court? Share in the comments!