Roosevelt Island has been much in the news as Cornell prepares to make it the East Coast's tech center. This narrow, 2.5 mile long island, opposite the U.N. at one end and Gracie Mansion at the other, is also establishing itself as a major art center in New York. It is the East River's cultural bridge connecting Manhattan and Queens -- linking MOMA, Rubin and the Met to Long Island City's PS1, the Noguchi Museum and Socrates Park.

I care because Roosevelt Island is not only my home but also where my foundation began. Led by the Roosevelt Island Visual Artists Association (RIVAA), the local community here is intent on bringing world-class art to Roosevelt Island. Recently I met with Norwegian painter and public artist Vebjørn Sand, who is building Leonardo da Vinci's bridges in locations across the world, and I pitched him on Roosevelt Island as his next location. I then pitched the president of RIVAA, Tad Sudol, on Vebjørn's vision. One week later we all met in RIVAA Gallery to explore possibilities. 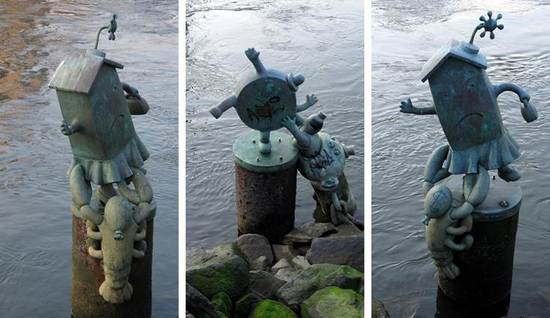 I like thought leaders and global citizens who can just make things happen. Tad, originally from Poland, is a Roosevelt Island-based architect and designer as well as an artist by profession. He serves as a global advisor to my foundation. Vebjørn has already erected or begun to erect his Leonardo Bridge in Oslo, Istanbul and Antarctica. John Lee, our foundation's vice president, joined our conversation, adding his Southeast Asian perspective to round out the discussion. 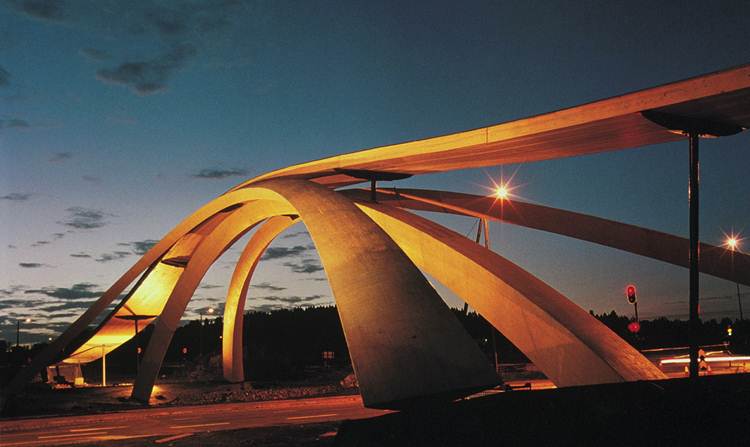 Vebjørn explained to us, as we sat in a circle in the RIVAA Gallery, that the incredible Leonardo Bridge is based on a design originally created in 1502 as a tiny drawing by Leonardo da Vinci. It took 500 years to be realized as a pedestrian bridge in Norway, the first civil engineering project based on a Leonardo da Vinci design to be built. It was dedicated and unveiled by Norway's, Queen Sonja in 2001 -- 499 years later. 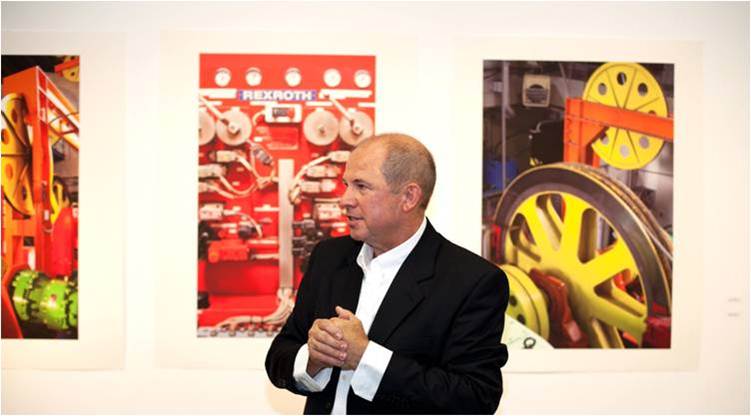 Vebjørn has already built four bridges, we learned -- two intended to melt -- in ice. Could Roosevelt Island be next? In 2007, the Ice Bridge was a featured part of "Antarctica: On Thin Ice" across the river at the United Nations. This bridge, a sister bridge to the permanent installation in Antarctica, was intended to melt to dramatize the fragile condition of the Earth's ice cover. In 2009, Vebjørn built the ice bridge in Greenland and later that year built another ice bridge sculpture which was part of the COP15 Climate Change Conference in Copenhagen. 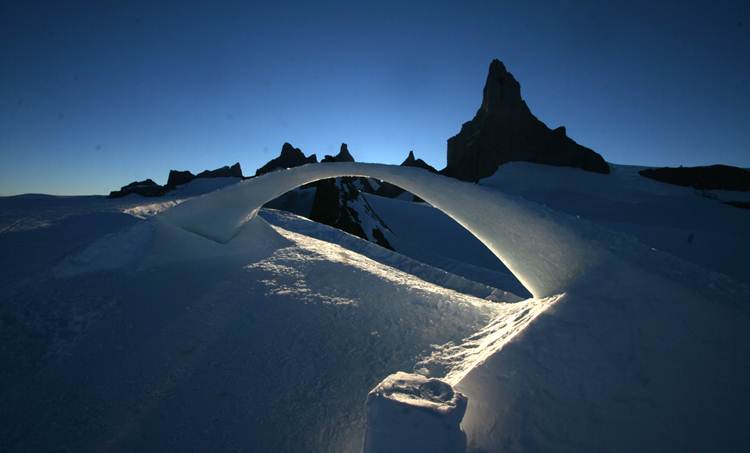 The Leonardo Bridge in Antarctica. Photo: Courtesy of the artist Vebjorn Sand.

The geometry of the Leonardo Bridge overwhelms me, an inspiration and monument to our common global humanity. Vebjørn explained that design work has now begun on the footbridge to be built in Istanbul, Turkey, across the Golden Horn (Halik) where Da Vinci originally intended the project. The Istanbul Leonardo Bridge will span 240 meters as Leonardo intended. The materials will combine Leonardo's granite with modern, environmentally sustainable building materials expressing the powerful, timeless beauty of the bridge's ingenious geometry.

Tad believes a replica of the bridge would work best for Roosevelt Island for a variety of reasons:

The Leonardo Bridge Project is a global network of bridges inspiring the best in human creative endeavor across cultural, political and ethnic lines. It is a rare opportunity to bring public art, science, civil engineering and architecture together to create permanent, functional and unique public infrastructure that will both unite local communities and extend those communities into a shared network of Earth's human community.

If any institution can build bridges on Roosevelt Island it is RIVAA, the island's non-profit organization composed of an internationally diverse group of artists. Over the past decade, Gallery RIVAA has showcased over 80 different exhibitions, including member and guest shows, and it has organized more than 100 free-of-charge community-oriented events like concerts, plays, movie screenings, poetry readings, and book signings. I remember writing a letter of support when it was founded in 2002. The group has come so far in 10 years. 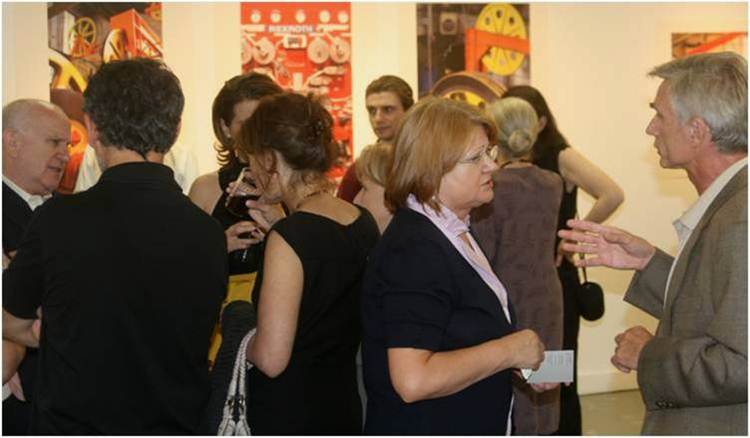 Gallery RIVAA attracts an audience from the island as well as Manhattan and other boroughs.
Photo: Gallery RIVAA.

Tad Sudol explains how the island is in transition and how art would also assist commerce:

Roosevelt Island is also about to unveil Four Freedoms Park, with the FDR Memorial designed by the famous Louis Kahn, will be open on the south tip of the Island next spring. This will certainly be a new destination point for visitors. If we can bring more outdoor art and sculptures to the Island, it can easily create a new image for Roosevelt Island as an arty island.

The Wall Street Journal noted that the Leonardo Project is "a bridge to everywhere!"
Photo courtesy Vebjørn Sand.

With several dozen active members and is open to all visual artists in the community, RIVAA's success has been in part due to its donated gallery space. That is about to change as the state authority that runs Roosevelt Island -- RIOC -- has changed the way it rents out commercial space on the island. The landlord now wants paid but RIVAA, essential to Roosevelt Island, has no budget. There are public funds controlled by RIOC that should be used to support the Gallery for the first year to give RIVAA time to roll out fundraising to cover future costs. The James Jay Dudley Luce Foundation pledges to help support RIVAA in our next funding cycle, 2013.

Tadeusz Sudol: An Eye for the Roosevelt Island Tram