(from The Rebellious Life of Mrs. Rosa Parks by Jeanne Theoharis)

1. Parks had been thrown off the bus a decade earlier by the same bus driver -- for refusing to pay in the front and go around to the back to board. She had avoided that driver's bus for twelve years because she knew well the risks of angering drivers, all of whom were white and carried guns. Her own mother had been threatened with physical violence by a bus driver, in front of Parks who was a child at the time. Parks' neighbor had been killed for his bus stand, and teenage protester Claudette Colvin, among others, had recently been badly manhandled by the police.

2. Parks was a lifelong believer in self-defense. Malcolm X was her personal hero. Her family kept a gun in the house, including during the boycott, because of the daily terror of white violence. As a child, when pushed by a white boy, she pushed back. His mother threatened to kill her, but Parks stood her ground. Another time, she held a brick up to a white bully, daring him to follow through on his threat to hit her. He went away. When the Klu Klux Klan went on rampages through her childhood town, Pine Level, Ala., her grandfather would sit on the porch all night with his rifle. Rosa stayed awake some nights, keeping vigil with him.

3. Her husband was her political partner. Parks said Raymond was "the first real activist I ever met." Initially she wasn't romantically interested because Raymond was more light-skinned than she preferred, but she became impressed with his boldness and "that he refused to be intimidated by white people." When they met he was working to free the nine Scottsboro boys and she joined these efforts after they were married. At Raymond's urging, Parks, who had to drop out in the eleventh grade to care for her sick grandmother, returned to high school and got her diploma. Raymond's input was crucial to Parks' political development and their partnership sustained her political work over many decades.

4. Many of Parks' ancestors were Indians. She noted this to a friend who was surprised when in private Parks removed her hairpins and revealed thick braids of wavy hair that fell below her waist. Her husband, she said, liked her hair long and she kept it that way for many years after his death, although she never wore it down in public. Aware of the racial politics of hair and appearance, she tucked it away in a series of braids and buns -- maintaining a clear division between her public presentation and private person.

5. Parks' arrest had grave consequences for her family's health and economic well-being. After her arrest, Parks was continually threatened, such that her mother talked for hours on the phone to keep the line busy from constant death threats. Parks and her husband lost their jobs after her stand and didn't find full employment for nearly ten years. Even as she made fundraising appearances across the country, Parks and her family were at times nearly destitute. She developed painful stomach ulcers and a heart condition, and suffered from chronic insomnia. Raymond, unnerved by the relentless harassment and death threats, began drinking heavily and suffered two nervous breakdowns. The black press, culminating in JET magazine's July 1960 story on "the bus boycott's forgotten woman," exposed the depth of Parks' financial need, leading civil rights groups to finally provide some assistance.

6. Parks spent more than half of her life in the North. The Parks family had to leave Montgomery eight months after the boycott ended. She lived for most of that time in Detroit in the heart of the ghetto, just a mile from the epicenter of the 1967 Detroit riot. There, she spent nearly five decades organizing and protesting racial inequality in "the promised land that wasn't."

7. In 1965 Parks got her first paid political position, after over two decades of political work. After volunteering for Congressman John Conyers's long shot political campaign,

Parks helped secure his primary victory by convincing Martin Luther King, Jr. to come to Detroit on Conyers's behalf. He later hired her to work with constituents as an administrative assistant in his Detroit office. For the first time since her bus stand, Parks finally had a salary, access to health insurance, and a pension -- and the restoration of dignity that a formal paid position allowed.

8. Parks was far more radical than has been understood. She worked alongside the Black Power movement, particularly around issues such as reparations, black history, anti-police brutality, freedom for black political prisoners, independent black political power, and economic justice. She attended the Black Political Convention in Gary and the Black Power conference in Philadelphia. She journeyed to Lowndes County, Alabama to support the movement there, spoke at the Poor People's Campaign, helped organize support committees on behalf of black political prisoners such as the Wilmington 10 and Imari Obadele of the Republic of New Africa, and paid a visit of support to the Black Panther school in Oakland, CA.

9. Parks was an internationalist. She was an early opponent of the Vietnam War in the early 1960s, a member of The Women's International League for Peace and Freedom, and a supporter of the Winter Soldier hearings in Detroit and the Jeannette Rankin Brigade protest in D.C. In the 1980s, she protested apartheid and U.S. complicity, joining a picket outside the South African embassy and opposed U.S. policy in Central America. Eight days after 9/11, she joined other activists in a letter calling on the United States to work with the international community and no retaliation or war.

10. Parks was a lifelong activist and a hero to many, including Nelson Mandela. After his release from prison, he told her, "You sustained me while I was in prison all those years." 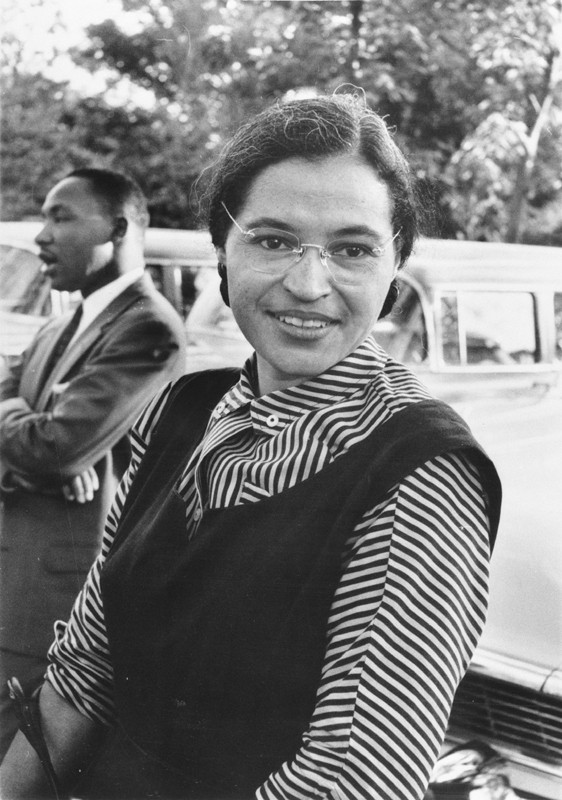