Rosario Dawson will soon go from sinful to devilish.

The “Sin City” actress was recently cast in Netflix’s upcoming Marvel series “Daredevil,” Entertainment Weekly reports. Dawson’s specific role has yet to be revealed though it is expected to be recurring.

Netflix ordered 13-episodes of the superhero series, which will be executive produced by Steven S. DeKnight and stars Charlie Cox as Matt Murdock (a.k.a Daredevil) and Vincent D’Onoforio as Wilson Fisk (a.k.a The Kingpin).

Dawson is also set to star in the film sequel to 2005’s “Sin City.” The actress plays Gail in the movie based on the graphic novel series penned by Frank Miller, who coincidentally also worked on the “Daredevil” comic.

Director Robert Rodriguez helped Miller bring “Sin City: A Dame To Kill For,” set to premiere August 22, to life on the silver screen. During a recent interview on The Tonight Show, Dawson explained to host Jimmy Fallon why she was glad the two didn’t wait any longer to make the second installment of the series.

“It was amazing to get back and be able to get back into this character again and I was really glad he wasn’t pushing it back too much further ‘cause I was like ‘Dude, I don’t know how long I could wear that outfit. I mean it fits into the palm of my hand, c’mon guys’,” Dawson said. 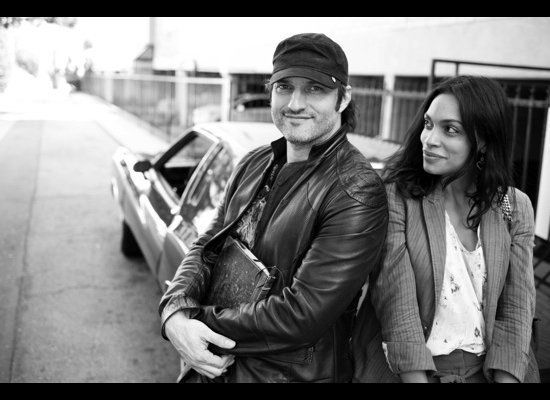