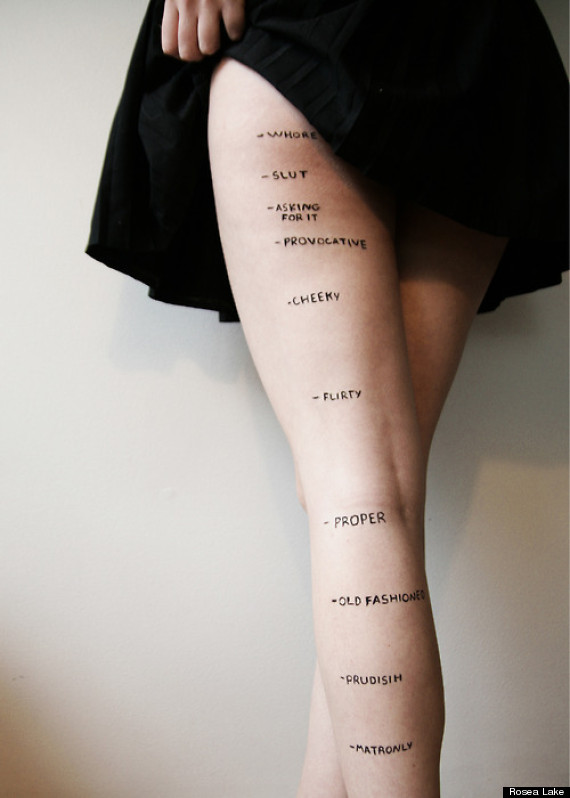 Rosea Lake, Vancouver Student, Posts Powerful 'Judgments' Photo Of Skirt Lengths (PHOTO)
War On Women
1 / 6
99 Problems (JAY-Z)
Eric Fehrnstrom, senior campaign adviser for Mitt Romney, <a href="http://thinkprogress.org/politics/2012/06/03/494238/fehrnstrom-shiny-objects-women/" target="_hplink">said on Sunday</a> that issues pertaining to women's reproductive rights, such as abortion and birth control, were "shiny objects" meant to distract voters from the real issues. "Mitt Romney is pro-life," he told ABC's George Stephanopoulos. "He'll govern as a pro-life president, but you're going to see the Democrats use all sorts of shiny objects to distract people's attention from the Obama performance on the economy. This is not a social issue election."
The Raw Story