Once actress Lecy Goranson left the role of Becky Conner on "Roseanne" for good, she never looked back -- literally.

During a HuffPost Live interview with Michael Fishman, who played Becky's younger brother DJ on "Roseanne," and host Ricky Camilleri, Goranson revealed that she has never seen any of the show's controversial final season, including the series finale.

It may seem unbelievable that Goranson never checked out what she was missing on the show, but it rang true when Fishman spoke about the "Roseanne" finale, which revealed that Conner family patriarch Dan (John Goodman) died from a heart attack -- a twist Goranson never knew about until Fishman said it on HuffPost Live.

"I'm embarrassed. I don't even know that he passed away," she said during the interview. "I'm like, 'He passed away? Oh god, that's horrible!'"

Goranson, who played the Conner's oldest child, left the legendary comedy series in its fifth season to pursue a college degree. She was then replaced by Sarah Chalke, who would later star in "Scrubs," until Goranson returned for Season 8 of "Roseanne." She and Chalke shared the role of Becky in the penultimate season, but then, Goranson left again to finish college and Chalke rode out the role for "Roseanne's" ninth and final season.

Though "Roseanne" executive producers tried to keep Goranson on board, she said it was simply too difficult to attend college and do the show and no amount of money could change that.

"They said, 'How much money do you need?' And I said, 'It's not about that,' and they said, 'Really?' And I said, 'No, it's not,'" she said. "At the time, I wanted normalcy. I wanted to be around my peers. I wanted to be in an intellectual environment ... I would have, like, five English papers due on Monday, and they'd want me to fly to Disney World and shoot a show there over the weekend, and I said, 'I just can't feasibly do this.'"

Despite missing "Roseanne's" conclusion and many of the stories that led up to it, Goranson said she doesn't regret her decision to make a clean break from the series.

"Honestly, I had moved on. I'm sure there are people that want to hang around their college town for the next seven years after they graduate, but I'm not one of those people," she said. 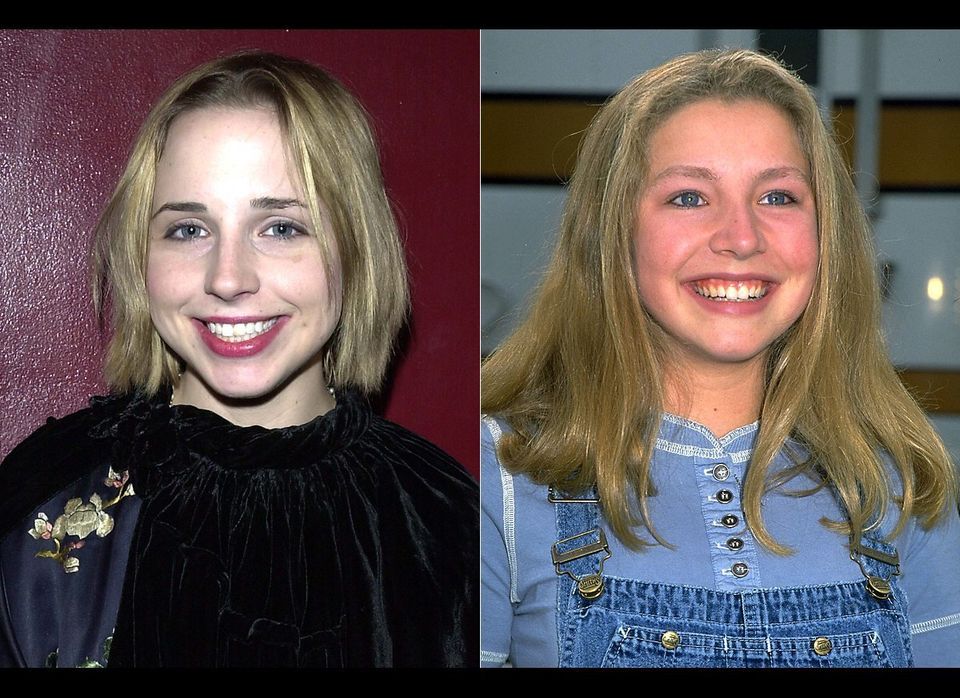 1 / 14
Becky Conner, "Roseanne"
Roseanne and Dan Conner's oldest child, Becky, was played by actress Lecy Goranson for most of the series, but when Goranson wanted to quit acting to go to college, the producers had Becky elope and she appeared only sporadically. Then, future "Scrubs" star Sarah Chalke "became" Becky in Season 6, until Goranson wanted to return in Season 8 ("new" and "old" Becky both appeared in Season 8). When schedules conflicted again, Chalke returned for the show's ninth and final season.<br> <em>(Getty Images)</em>
Getty Images