I love Valentine's Day. I am not much of a hearts and flowers, schmoopy romantic kinda girl but I'll admit, I like a dedicated day to be silly and celebrate love with my man. No, I don't need a commercialized holiday to remind me that I love someone but I've always kind of enjoyed the V-Day hype, from the candy hearts that say stuff like "hubba hubba" to cliché red roses by the dozen. 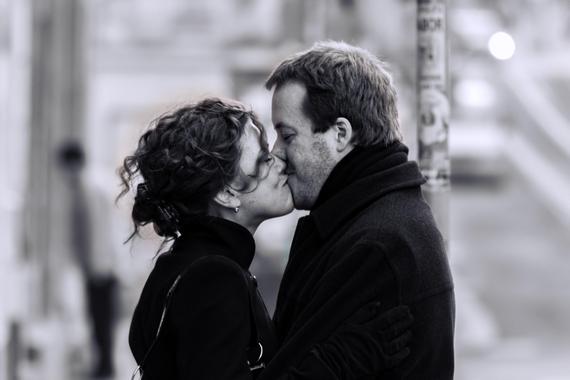 But this Valentine's Day, I'm gonna spice it up. Do a little something different and suggest my husband take me to the premiere of the "Fifty Shades of Grey" movie. Nothing says "I love you" like sitting in a jam-packed theater full of people watching a fictional account of an insecure college girl getting spanked, right?

The books were bad enough thankyouverymuch. Here's my rationale behind skipping this movie and why I thought this book belongs on the toilet paper roll.

I read the Twilight Books. Every stinkin' one. Someone told me "if you liked Twilight, you'll love 50 Shades of Grey." I wish I could remember who said that so I could kick their ass. I'm no book critic but I know crap when I see it.

The initial "50 Shades" hype has fizzled but the upcoming release of the movie is causing women worldwide to get twitterpated about the hot-hot-hot trailer and the perpetually dysfunctional horndog with mommy issues that is Christian Grey.

By the way, if you've been hiding under a rock, haven't read the book, and you are the type who gets upset about possible movie "spoilers," then turn around right now.

This book series is fan fiction written by someone who didn't think Twilight was sexy enough. It's a little creepy that someone thought a book about high school kids needed more nooky. Granted, one kid had been 17 for a really long time, but still. Ew.

The storyline mimics Twilight in character description and basic demographics. Awkward girl meets smokin' hot, emotionally distant rich dude. Girlfriend is drawn to him, like a fly to cow poop, in spite of the fact that he's a textbook commitment-phobe with (what anyone who can spell "psychology" can recognize) abandonment issues.

There are three books in the series, but I'll confess I didn't finish. Somewhere during the first chapter of the third book, I asked myself "why am I reading this crap?" and stepped away from the Kindle.

To give you a short recap, Edward Christian initially tries to push Bella Anastasia away, despite the oh-so-powerful attraction. Once he decided Bellastasia was the gal for him, he handed her a contract specifying how she'd be his on-call sex toy for shenanigans in his "red room of pain." Anyone who's seen "The Good Wife" can figure out this contract isn't legally binding, but girlfriend fretted over it like it was the Magna Carta. Do I really need to mention that Christian Grey likes a side order of freaky with his morning grits?

Despite the fact that our commitment-phobic hottie wants a regular romp devoid of emotion, these two predictably fall in love. Although his controlling nature freaks Bellastasia out, their courtship moves at warp speed. They were honeymooning when I decided I said "take this book and shove it." I'm assuming they lived freakily ever, after but if there was some kind of plot twist, I'm blissfully ignorant.

This isn't a healthy ideal for young women. Girls the world over are romanticizing controlling behavior. Bellastasia lets her man pick her clothes and control her social calendar. She snivels about lack of control, but happily accepts all kind of expensive presents and calls it good. Are we sending the message that it's okay if the guy is a controlling douchebag if he buys us cool stuff?

We shouldn't send the message to young women that absence of autonomy is okay. I understand the allure of having a guy buy you expensive shit when you fret about having a bad day. Having an oh-so-discreet live in maid wash your undies and make you pancakes after a night of debauchery? Who wouldn't like that? But finding lack of control over your decision making sexy, just because the guy is hot and rich? Just no.

Aside from the fact that the plot is a shameless Twilight copycat, and that it sends an unhealthy message to women, my inner grammar Nazi goes apoplectic by about Chapter Four. A sex scene that reads as if it were written by a 14-year-old isn't sexy.

I can overlook a few run-on sentences, but the sex in these books isn't anywhere in the ballpark of realism. These two fools hump like bunnies on blue meth. Won't your willy fall off if you do it that much?

If the answer is anything other than yes, don't tell my husband, k? I'm already rocking the low expectations in the bedroom.

If you're looking for a good dirty book, look elsewhere. If getting lost in the slap and tickle between an insecure college girl and a control freakity freak sounds like a good way to spend a couple of lazy afternoons (trust me, this a quick read) then rock on, but I've pretty much just told you the plot so you don't have to put yourself through the agony. You're welcome.

As for me, this Valentine's Day, I'm going to stick with the hearts and flowers. My man and I won't be crammed in a theater like sardines with a bunch of heavy breathers hoping to get lucky later on. Maybe we'll catch it on Netflix one of these nights ... but I'll never tell a soul!

The original version of this post was published on Blunt Moms. You can hang out with Jill on her blog, Ripped Jeans and Bifocals and on Facebook and Twitter.

1 / 5
Case Kraze Landyards
Like most of us, does your partner have a problem holding on to their phone? Help them prevent another frantic trip to the Apple store by getting them this phone holding landyard that they can wear around their neck.
<a href="http://www.casekraze.com/">Case Kraze</a>