Rosetta, the first spacecraft built to orbit a comet and land a probe on these icy nomads, is now waking up after more than two years of slumber, and videos filmed as part of an international competition will help greet the spacecraft after it awakens.

Comets are some of the most primitive building blocks of the solar system, with many dating to soon after its formation. Comets also likely helped seed Earth with water and other ingredients of life. By analyzing the composition of the comet, the European Space Agency's Rosetta spacecraft will help scientists learn more about the role comets have played in the evolution of the solar system and life on Earth.

TheRosetta spacecraft launched from Europe's spaceport in French Guiana in 2004. It has since traveled around the sun five times, reaching a distance of about 500 million miles (800 million kilometers) away from the sun.

The mission's final destination is the mysterious Comet 67P/Churyumov–Gerasimenko, which Rosetta is scheduled to reach in August. A comet is made of a solid nucleus or core surrounded by a gaseous envelope known as a coma and trailing a large tail. Rosetta will become the first spacecraft to orbit the nucleus of a comet, and in November, it will be the first to land a probe, named Philae, on a comet's surface. It will also be the first mission to escort a comet as it travels around the sun.

For the coldest leg of Rosetta's mission, as it traveled out toward the orbit of Jupiter, the spacecraft was placed into hibernation in order to help it save energy. After 31 months of sleep, researchers are now waking Rosetta up, with its internal alarm clock set for 5 a.m. EST (1000 GMT) on Jan. 20. Once the spacecraft has warmed itself up, it should reestablish communication with Earth several hours later.

To celebrate the spacecraft's waking, ESA initiated the "Wake Up Rosetta" campaign, inviting people worldwide to upload video clips of them shouting "Wake up, Rosetta!" to Rosetta's Facebook page. As of Jan. 15, there were more than 70 entries.

"Some are cute, some are short, some are long. All are entertaining," said Daniel Scuka, who works on the social media team of ESA's European Space Operations Center at Darmstadt, Germany. "We are really impressed and pleasantly surprised with the creativity and effort that we've seen. Several submissions include full costumes and scenes with singing and dancing, and folks are ensuring their dogs, cats and kids are well-represented."

Videos have not only been submitted by individuals, but also families, schools and groups of friends. A number of videos have been stop-motion or full-digital animations. Submissions have been received from around the world. A number of astronauts have sent videos as well.

One submission even came from NASA's Jet Propulsion Laboratory to promote the contest to U.S. audiences, Scuka said.

"We're quite pleased to see the inter-agency cooperation — this highlights the fact that Rosetta really is a cooperative mission that would not be as successful if it were just ESA alone," said ESA spokesman Markus Bauer.

Visitors to Rosetta's Facebook page can vote on their favorite videos. The top 10 videos will be transmitted from Earth into space with 20,000 watts of power in February via one of ESA's deep-space tracking stations, and those who made them will receive gift bags. Two winning entries will also be invited to ESA's control center in Darmstadt, Germany for an event celebrating the first landing on a comet.

Although Rosetta will not rendezvous with the comet until August, the spacecraft is set to wake up on January to give researchers enough time to completely test the spacecraft and make it ready for arrival.

"There is a lot to prepare for rendezvousing and landing on the comet," said ESA cometary scientist Gerhard Schwehm. "First we have to switch on and check that all 11 instrument packages on the orbiter and 10 on lander are working. Then we need time to track the comet so we can prepare our rendezvous maneuvers."

The researchers also want to study the comet as Rosetta approaches it in case certain parts of the comet are active. When a comet orbits near the sun, it gives off fountains of gas that could be obstacles for Rosetta or its probe Philae.

"We'd want to avoid getting too close to those!" Schwehm said. "Choosing a landing site for Philae will also take careful consideration, and then we have to finalize the commands to deliver the lander to the surface based on that selection. We certainly have plenty to do before we arrive at the comet in August."

During Rosetta's 31 months of hibernation, most of the spacecraft's systems were shut down, except for the onboard "alarm clock" and several heaters set to periodically turn on and off to make sure Rosetta did not freeze up completely. When the probe wakes up, it will switch on its star trackers to determine its orientation and eventually point at Earth, transmitting a signal to let the world know that it has reawakened, said Rosetta spacecraft operations manager Andrea Accomazzo.

The Wake Up Rosetta competition will accept entries until 5:30 p.m. Greenwich Mean Time on January 20, and the winners will be announced on January 24. The contest is open to all, but prizes can only be won by citizens and permanent members of European Union countries, the United States, and ESA member and cooperating states.

ESA also invites people to join the Wake Up Rosetta campaign via Twitter and shout #WakeUpRosetta at @ESA_Rosetta. The agency especially wants to see shouts on Jan. 20, between 10 a.m. and 5:30 p.m. Greenwich Mean Time.

This story was provided by Astrobiology Magazine, a web-based publication sponsored by the NASA astrobiology program. Follow us @Spacedotcom, Facebook and Google+. 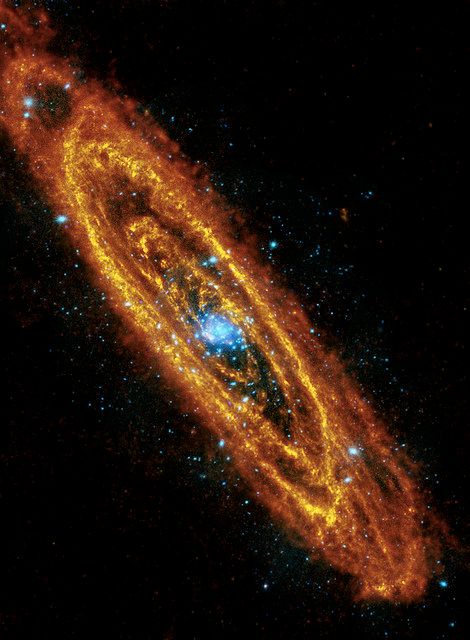