UPDATE:
Rosie was injured filming a scene for 'Law and Order: SVU.' An extra had to physically shake her as part of a stunt, and she felt a pain in her neck following filming.

Her injury ended up being a slipped disc and a bulging disc.

After an excruciating year long search for a solution other than surgery, Perez finally gave in. She was forced to endure a painful bone marrow procedure and then a neck surgery that has left the beautiful actress with large scars on her neck and hip.

PREVIOUSLY:
What happened to Rosie?

Rosie Perez was at the White House on Tuesday in a wheelchair and neck brace. She arrived to see President Barack Obama speak on the National HIV/AIDS Strategy.

Despite her situation, she had a big smile on her face. 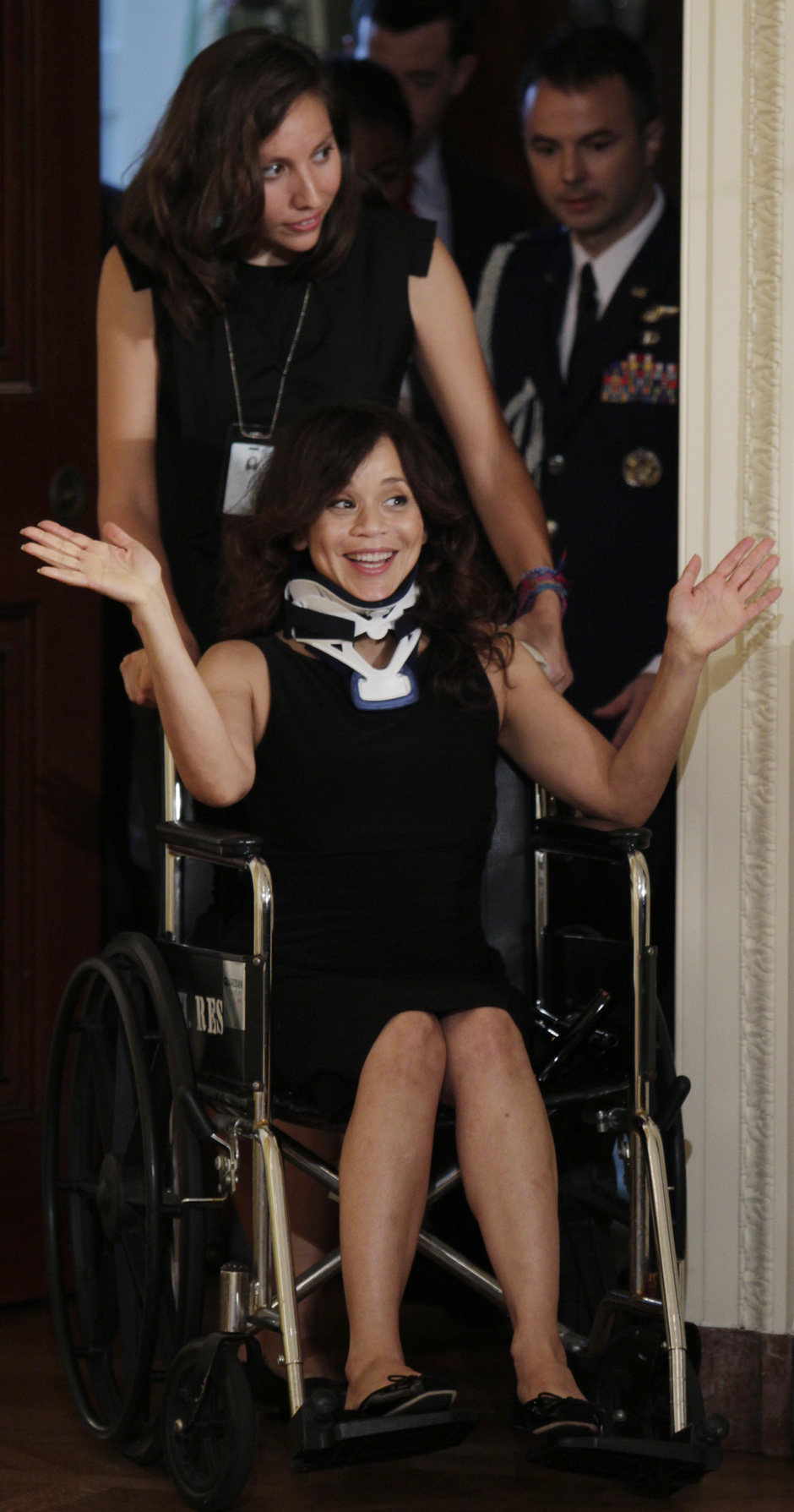