What if a doe wanted to fly Santa's sleigh?

That's the question that Denver-based attorney Chantell Taylor used to ask herself when she was a little girl watching the classic 1964 version of "Rudolph the Red-Nosed Reindeer" with her older brothers, and she found herself asking it again when she had two little girls of her own. That's when she created Rosie the Reindeer.

"As an adult, my girls started watching the same traditional 'Rudolph the Red-Nosed Reindeer' and those messages of things girls can do and things boys can do, and those boundaries between them, were being conveyed to them," Taylor said. "Obviously, [the film] is dated and was made in a different time, but even as a lawyer, I still get these messages and stereotypes." (Story continues below).

Taylor made it a point to name a couple of reindeer after her daughters Veda Miles, 10, and Riley Miles, 8.

So instead of Santa calling on Dasher, Dancer, Prancer and the others, Taylor wrote a story of female empowerment where Santa calls, "Now Rosie, now Rita! Now Veda and Brittney! On Riley on Kelly, on Kyla and Whitney!"

On Monday, Taylor discussed the inspiration behind her book with The Huffington Post.

What inspired you to write a children’s book for little girls in particular?

When I was a little girl, I watched "Rudolph the Red-Nosed Reindeer," the 1960s version, and even as a little girl it bothered me that there was that tradition every year where the bucks would go and try out for Santa's sleigh and the girls were on the sidelines batting their eyelashes and flirting with the boys. So every year I would watch the show -- and I loved it -- but it always, in my head I would wonder, "I wonder why the does don't get to try out?"

Every year I thought that certainly somebody's going to come up with this, somebody will come up with this notion that there's going to be a girl reindeer -- and nobody ever did it. So in 2011 I was transitioning between two jobs and thought I would finally put pen to paper and start the story. I think for me, it was just an idea I had in my head and I wanted to follow through and see if I could finish it. It challenged me in a lot of ways, it's something totally outside of my legal profession but something that I wanted to do for my girls and something that they could look to as a new tradition.

What does this story mean to you as a parent?

I think there's a different generation of kids that take a bit for granted that, "well of course girls can do what boys can do," but you start to see adults even perpetuating those stereotypes. So I don't think it's gone. It's different, but it's not gone. And our generation of girls, our daughters, are a new kind of empowered generation of girls. I think they look for those challenges and they rise to those challenges, so I think it's really speaking to them. I've been reading the book in classrooms and bookstores, and girls really attach to the character of Rosie and all of her girlfriends.

When I was working with the illustrator, we were really meticulous to make sure we covered every different demographic, ethnicity and personality. When you look at the different girls, you'll see that they're all shapes and sizes, all different colors, and there's a sporty one and a nerdy one and a girly one. We really wanted it to speak to all girls.

The main message is that you shouldn't let anything stand in the way of your dreams, but it's not only a girl thing. It's about setting your mind to something and not letting somebody tell you that you can't do it. That's also a message for boys.

There’s a scene in your book where Santa tries to discourage the does from flying his sleigh, but this only ends up making Rosie and the others work harder. Was this scenario something you connected with in your own life?

Definitely. Sometimes when you're told you can't do something, your resolve only gets greater so that you can do it. Competitive has sort of a bad connotation, but I definitely rise to the challenge if somebody tells me they can't do something. Whether it was law, or putting myself through college -- I'm the only one out of my brothers that graduated from college, and the only one in my family -- so I think there's always been the conviction that I've had to push myself and challenge myself, not just for my own personal benefit but for the generations that follow me. Especially having two girls, I just feel a responsibility to make the world a little better for them.

That's definitely been a common theme in my life. Whether it's doing crossfit or playing sports, taking on a really difficult legal challenge, starting a nonprofit -- I'm no shrinking violet, and I think that probably comes out in the book a little bit.

Why is it so important for young girls to have stories where a woman is the heroine?

I think there's just not enough messaging for little girls where they are their own heroes. It's changing and it's getting better. There was so much media around "Frozen", about it being a new kind of Disney story -- but when you watch it, they're still princesses, they're still smitten for boys, their waists are still disproportionately tiny, and still in dresses. I mean, we're making strides but we're not there by any stretch of the imagination. I think as many messages as we can get out there that try to counter the overwhelming weight of messaging that, "you should be feminine," or, "you should look a certain way" or pursue certain paths with your career, is a good thing.

Maybe it's in part because I have a tomboy. I have to shop in the boys' section for her, she doesn't like the sparkles, and the ruffles -- she just doesn't like that, and it offends me as a mom that those messages are just constantly pressed on her. For Christmas she asked for Battleship, and I went to find it at the store and couldn't find it. The woman behind the counter was all, "how old is your son?" and it's an assumption that I must be buying it for my son, when actually I'm buying it for my 10-year-old daughter. Legos -- same thing. They've come out with this whole line of Legos for girls and they're pink and the little figures have dresses. Those messages where girls are the heroines and make their own destiny are very much the minority, in lieu of all the messages they get inundated with in the media. 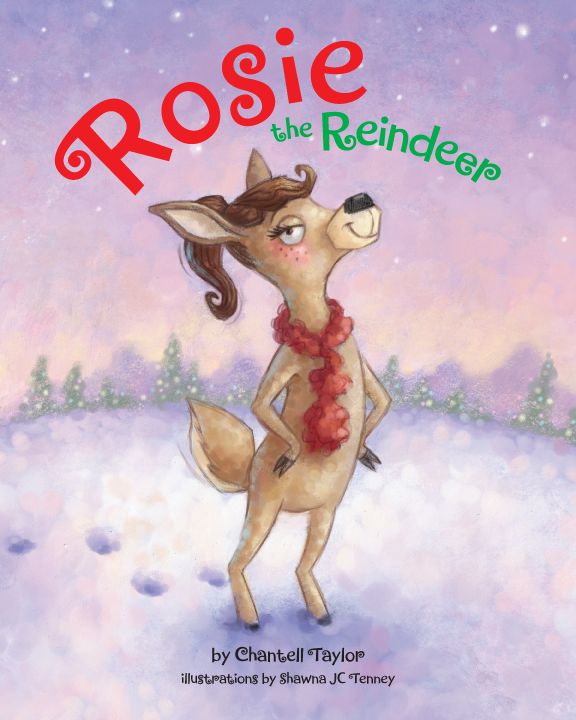