Rosin&eacutes Ch&aacutevez, the daughter of Venezuela's president, posted a picture of herself on Twitter holding a wad of "Yankee Empire", cash, and leading to a bit of a media frenzy across Venezuelan media and on social networks.

This is not the first time that Chavez's daughter has caused controversy through her Twitter page. She has previously been criticized for posting pictures of her moneyed lifestyle on the social network.

Currently on her Twitter page she shows off a picture hugging Justin Bieber and doesn't hide she's a big fan. Her Twitter bio reads "I (heart) Justin Bieber". We wonder how Mr. Chavez feels about her daughter crushing on The Biebs? After all, isn't the Canadian megastar, who is worth over $100 million dollars, a product of the same voracious and self-aggrandizing capitalism which Chavez rails against?

Other than causing indignation, Rosin&eacutes often also tweets in support of her father and his politics. "#YouDontHaveToBeSmart to know that CHAVEZ my daddy will Again Win the Elections" she recently wrote in Spanish.

The 14-year-old defended her scandalous tweets by writing "the fact that I am the Daughter of the President doesn't take away my right to joke on twitter, Remember I am young and I like Humor :D". But is she really joking?

Rosin&eacutes recently re twitted a follower's comments which read in Spanish, "I would love to be chavista like @RosinesCandanga I support the revolution, but I travel in a private jet and I am Justin Bieber's bff!!" 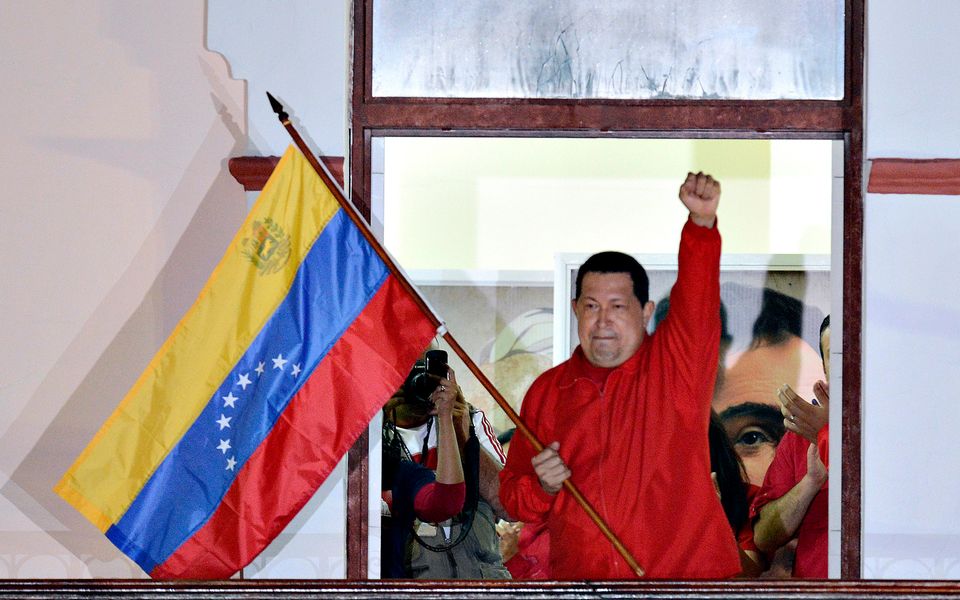 1 / 12
Saluting His Supporters
Venezuelan President Hugo Chavez waves a Venezuelan flag while speaking to supporters after receiving news of his reelection in Caracas on October 7, 2012. According to the National Electoral Council, Chavez was reelected with 54.42% of the votes, beating opposition candidate Henrique Capriles, who obtained 44.97%. AFP PHOTO/JUAN BARRETO (Photo credit should read JUAN BARRETO/AFP/GettyImages)
Getty Images