Once apprehensive and unsure as they considered fostering and adoption, Ross Smith and Aaron Knight of Lake Balboa, California, quickly figured out that love is the simple secret to successfully parenting their twin boys. Now, the seasoned dads are thinking about expanding their family, this time with girls and maybe even another set of twins.

"This has been such a cool experience, we're thinking it would be great to do it again," said Ross, a 52-year old credit risk officer with a mortgage company. Aaron, who is 49 and the Vice President of Sales at an advertising agency, added, "We are thinking about a girl. Originally, when we talked about adopting, we thought about a girl, so it's always been on our minds."

Their sons, fraternal twins Isaiah and Xavier, who will be five in July, apparently approve. Ross said, “the boys have already put in an order for a sister.” 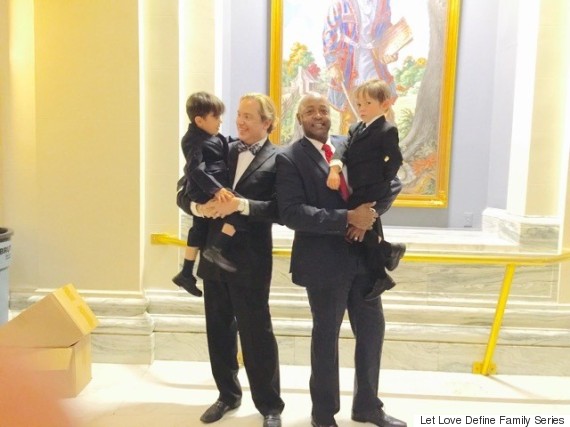 Just a few years ago, the couple couldn't imagine having a conversation about when to adopt again because Ross and Aaron weren't sure they could even qualify to foster or adopt.

As they first explained in their Let Love Define Family™ profile on August 15, 2014, they were concerned that being an older gay couple there would be insurmountable obstacles to parenthood. But, with the help of The Village Family Services, a foster and adoption agency partner of RaiseAChild.US, Ross and Aaron were certified to foster and adopt on May 20, 2013 -- Ross's 50th birthday.

In October of that year, they welcomed the twins, then three years old, and celebrated the finalization of their adoption on May 12 of last year.

"The experience has been unimaginable -- and all that that entails," explained a laughing Aaron.

"They are always surprising us. They are charming, frustrating, funny, loving, amazing, rambunctious little boys. They really are great kids," he said.

"It's been wonderful," added Ross, "we knew we would need patience -- but we didn't realize how much."

Both Ross and Aaron agreed one of the greatest joys of fatherhood is watching the boys grow and change and develop their own decidedly different personalities. The family established a tradition on New Year's Eve of predicting what the boys will be like when they're grown up.

"We decided to keep what we write a secret. We're going to collect all the predictions, then open and read them when the boys are 18. It will be fascinating to see how they and our visions of them change year by year," Ross said.

The twins are already light years away from the withdrawn and sad little boys Ross and Aaron adopted.

"The turnaround has been amazing. At first, Xavier wouldn't talk at all. I took three months off of work to be with them full-time and Aaron took off work as much as he could. It wasn't easy but we just loved them, fiercely and unconditionally, and look what happened," Ross explained.

"Yes, look what happened," added a still-laughing Aaron, "Now we can't shut them up!" 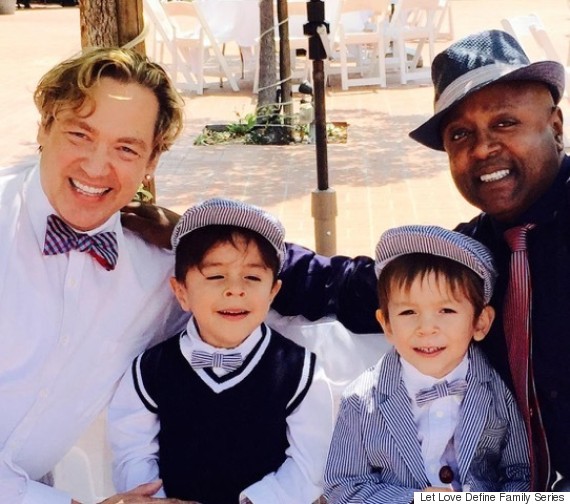 "I always heard this and, intellectually I knew it to be true, but I didn't really believe it until we had the boys. Now I'm sure that children will blossom with love. All they need is love," he added.

Today, Ross and Aaron's only obstacle to expanding their family lies within California law. Potential adoptive parents who work with the state must first be foster parents and, according to the rules, only two foster children are permitted to occupy each bedroom in the home. The Smith-Knight residence, with one of its three bedrooms used as an office, is currently one bedroom short.

"So, that's the only thing stopping us right now. We're looking for a bigger house anyway so, say we moved tomorrow, we'd just put our names in and go for it. We know we want children older than two and, at first, we were hesitant to adopt girls, but we asked our female friends and others if they thought girls needed to be with women and, nine times out of ten, they said girls need a father figure," Ross said.

"We've come to believe that children don't care if you're male or female, gay or straight, they just want to be loved," Aaron added. 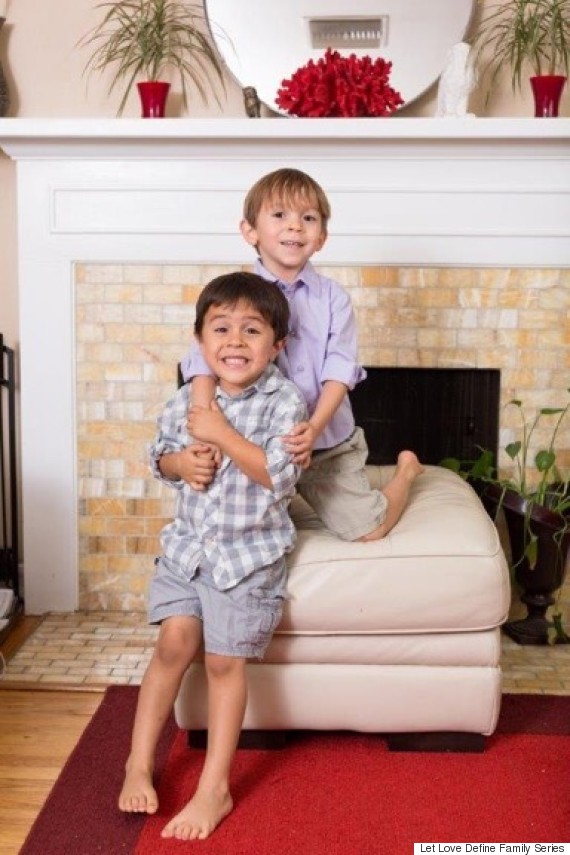 With house hunting in their future and hopes of a daughter or two, Ross and Aaron are excited, optimistic, and encourage others in the LGBT community to create their families through fostering and adopting.

On Saturday, June 13, 2015, RaiseAChild.US will host “Call Me Dad,” a free brunch event for the gay community and all people interested in learning about building or expanding a family through fostering, adopting, or weekend hosting. This two-hour event will begin at 11:00AM at the Montalban Theatre in Hollywood, CA and will feature a special performance by actor/comedian/adoptive dad, Alec Mapa. RSVP and information at www.RaiseAChild.US.