It's been seven years since Zac Efron arrived on the scene with High School Musical. Now (finally!) the Disney Channel is back with Teen Beach Movie, a must-see made-for-TV song-and-dance fest that'll put another swoon-worthy star in the spotlight: 17-year-old Ross Lynch. Aside from sheer cuteness, the two don't share any physical similarities—unlike Zefron, Ross is tall and blonde with a tan that makes him look like he just hopped off a surfboard (and judging from his always-on-the-go personality, he very well could have).

But while they won't pass for twins, both have major on-screen charisma and outrageous singing skills. In fact, when he's not promoting his upcoming flick, this triple threat is either shooting his beloved Disney sitcom Austin & Ally or hitting the recording studio with his bandmates (and brothers) in rock 'n' roll pop group R5.

We caught up with him on the set of his show to find out what Teen Beach Movie is all about, how it compares to cult-favorite HSM, and how he manages to make music on top of his already-jam-packed schedule.

Since "Teen Beach Movie" isn't out just yet, what should we expect? Without giving too much away, I can say that it's about these two characters, McKenzie and Brady, who end up in the best summer romance of their lives—but they're being torn apart.

So we'll just have to watch, right? This movie has gotten a lot of comparisons to high school musical. Do you buy it? I would agree. It's a Disney Channel Original Movie, it's a musical, and it's very much that same sort of energy. And because it is for the nine-to-14 age range, it's a very family friendly film—but I'm sure everyone watching will enjoy it.

What was it like on set? It was great, especially being in Puerto Rico. There's a very cool Latin culture there, so we took all of that in. We'd would go out and play guitar in the middle of the night on the beach. We could go swimming whenever we wanted to, because the water was warm all the time. It was like a great vacation, because you're doing what you love, and you're also just on a tropical island, having a great time.

What was your leading lady, Maia Mitchell, like? She's really cool! She's Australian and she's very much of an Australian girl. Very independent, a bit touchy—in a good way, though. She's just always hugging people!

Between filming this movie and being on the set of , do you still have time to make music with your band? Oh, yeah, absolutely. I try to make as much time as I can for R5, because I love it so much. Ultimately, that's what's going to be around forever in my life. Because with Austin & Ally, our season is going to end and then that will be it. But R5 will always be there. Usually we wrap Austin & Ally about 5pm, and then I'll go to R5 rehearsals until like 10 or 11.

Basically you don't sleep, then? Sort of! But, hey, sleep when you're dead. That's what I always say!

You're incredibly active on social media. Is it important to you to make time for that? It's always important to stay in contact with the fans, because ultimately if they weren't there, I wouldn't be here. It's very, very important to spread the love. I usually try to stay off my phone and enjoy the world, but when I am on my phone, it's always for social media—to talk to my bros and my fans and my friends.

Do you have any other movies on the horizon? I am hoping to do maybe another movie after wraps again, but, you know what? It's just really hard finding time.

The 100 Best Backpacks for Back-to-School

Celebrities Are Going Bananas for Braids!

The Best Dressed College Students Across the Country

7 Things No One Tells You About Your First Job

Ross Lynch From 'Teen Beach Movie' Is The Next Zac Efron, It's Official
Teenager Posts Of The Week! 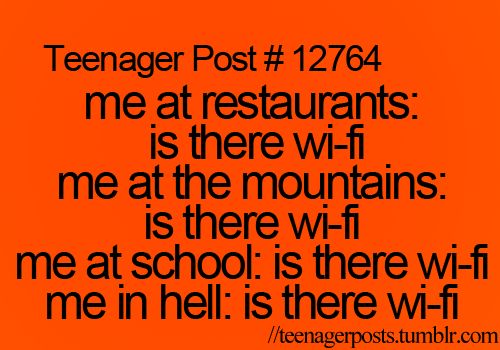