For nearly 60 years, the Muppets have been entertaining TV viewers and movie-goers. But what are Kermit & Co. actually like when the cameras are off?

I recently got the opportunity to find out. Out ahead of tomorrow's release on Muppets Most Wanted on Blu-ray and DVD, the nice folks at Walt Disney Studios Home Entertainment offered me a unique opportunity. I could pick any three Muppet characters I liked and then submit questions for them to answer.

I'll be honest here. It was kind of hard to pick which characters to quiz. But in the end, I thought it would best to start with Jim Henson's first real break-out character, which was Rowlf the Dog. 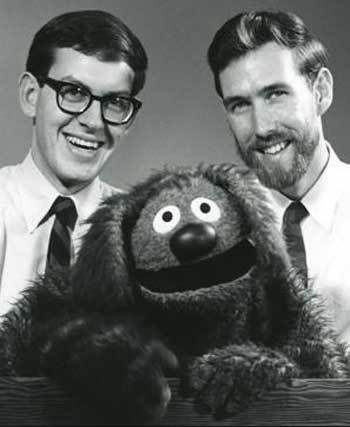 They say that every dog has his day. So which day was your day, Rowlf? Do you recall the specific date?

Of course I remember! It was Monday, January 14, 1963. That was the day I made my first appearance on The Jimmy Dean Show, on ABC. As I recall, I worked without a leash. 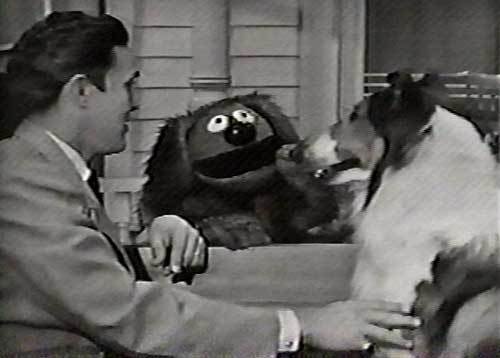 You were the first true Muppet star. Do you have any stories that you could share about your time on The Jimmy Dean Show back in the early 1960s?

Oh, Jimmy Dean was great. We were both kind of laid-back, country guys, so we really hit it off. Even later in our careers, we had a lot in common: Jimmy went on to selling pork sausage and I went on to work with a pig. Weird. Anyway, I think my favorite time was when Jimmy introduced me to Lassie. I still have a crush on her.

A piano-playing dog is kind of an unusual thing. Where did you learn to "tickle the ivories"?

When I was a puppy I grew up in a piano factory. It was inevitable. 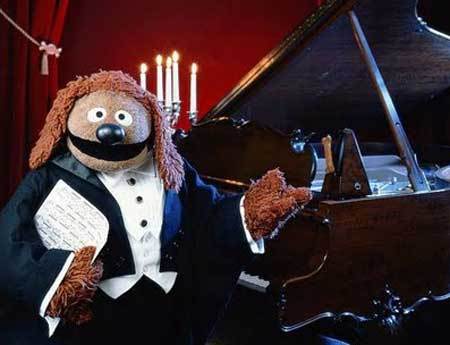 Muppets Most Wanted was shot on location all over Europe. Did you have a favorite stop/spot along the way?

I loved England, mostly because I spent so much time there back when we were shooting The Muppet Show. Plus, I was able to work off my tab at the pub by playing piano.

You must be getting up there in dog years, Rowlf? Any thoughts of retiring? 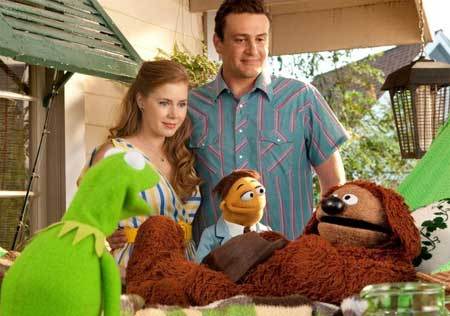 I have a good life. I play piano, tell a few jokes, fetch the newspaper, take myself for a walk, then curl up on a warm rug and sleep. I'd retire, but how could you tell the difference?

Next up, I got to talk with my favorite stand-up comic, Fozzie Bear. 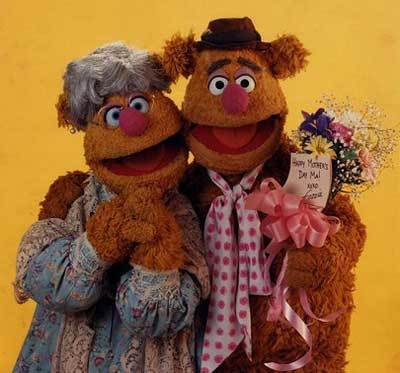 How is your mother, Emily Bear, doing these days?

She's great! She recently took up skydiving. In fact, she should be dropping in any minute! Get it? Skydiving? Dropping in? Okay, looks like I'm going to have to pull out the good material.

Do you ever hear from your old comedy writer, Gags Beasley?

Gags and I still work together all the time. In fact, after that first answer bombed, I'm having him write a very funny joke for later in the interview. Watch for it. 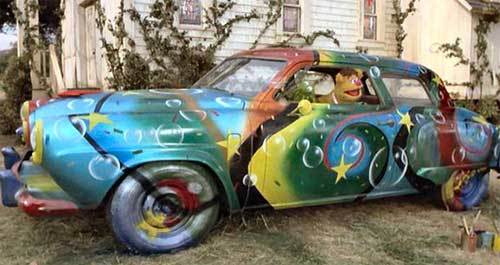 Whatever became of the Studebaker that you and Kermit drove in The Muppet Movie?

Are you interested!? I understand Mad Man Mooney is still trying to sell it.

You, Walter and Animal travel an awfully long way in Muppets Most Wanted in your quest to go rescue Kermit from that gulag. What was the toughest part of that trek?

Finding comedy clubs. I've got to work every night or my act gets stale. 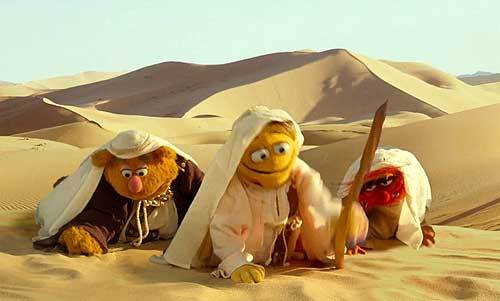 Seeing as you're such a seasoned veteran of stand-up, what advice do you have for young comics that are just starting out in the business?

Never give up. Even when they're booing, keep going. But move around a lot; a moving target is harder to hit. Oh, and work with a writer who turns in his jokes before the interview is over. Gags!!!! Where are you!!!!! 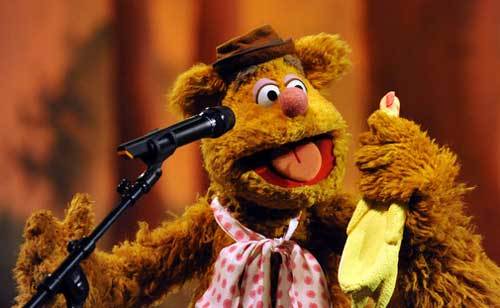 And then finally ... Well, I just had to try and talk with the one Muppet character that no one can understand: The Swedish Chef. For the sake of intelligibility, the following interview with The Swedish Chef has been translated by the Muppets resident translator, Sven Abstrøøs.

You've been part of the Muppet family for almost 40 years now. What to date -- has been your most challenging culinary creation?

Translation: Chicken in the basket. You have no idea how tough it is to hit a three point shot with poultry. 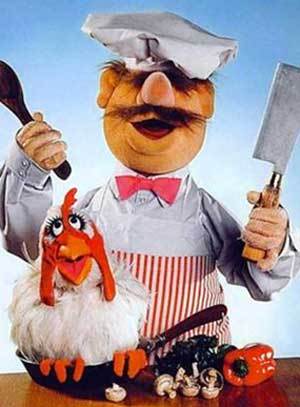 What does every great cook need in their kitchen? Besides -- of course -- a cannon.

Translation: A blunderbuss, a flyswatter and a lobster smacker. In that order. 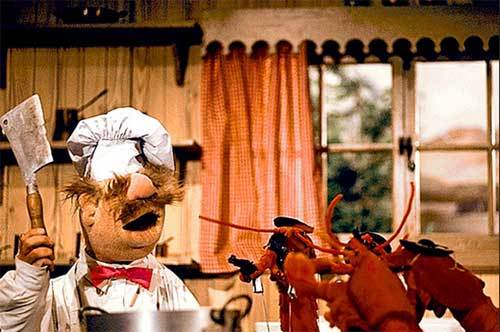 Translation: To serve authentic Swedish meatballs, you need lutefisk and a tennis racket, you betcha. 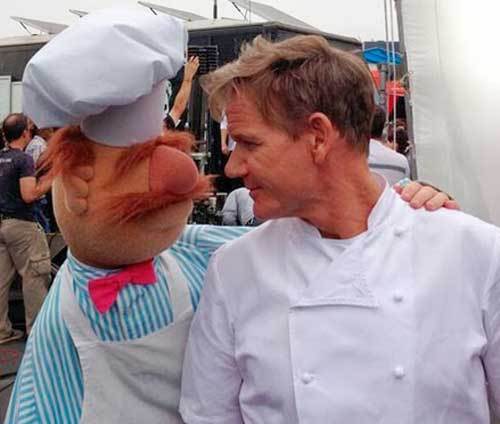 While you were in Europe shooting Muppets Most Wanted, did you visit any great restaurants and/or confer with any other world-famous chefs?

Translation: I visited several famous chefs, but all they wanted to talk about was how to prepare frog's legs... which made Kermit very nervous. 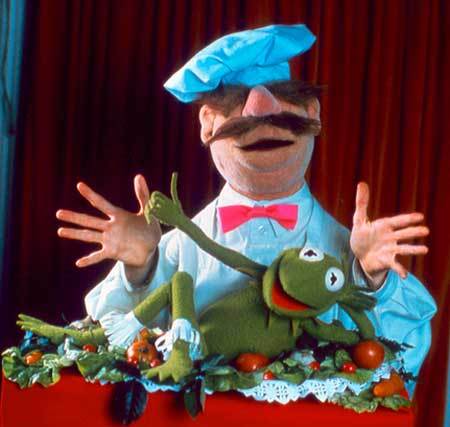 Given your obvious skill with linguistics, I just have to ask: Is the proper pronunciation Tomayto or Tomahhto? Likewise Potayto or Potahhto?