Newspapers around the world splashed news of Kate Middleton's birth to a son on Tuesday.

While some front pages in the U.S. ran images of crowds outside Buckingham Palace, most publications selected photographs of the town crier, who announced the birth in front of St. Mary's Hospital on Monday. He was colorfully dressed in traditional clothing, held a scroll, rang a bell and donned a large hat with feathers. Headlines mostly focused on the gender of the baby with sentences including, "IT'S A BOY!" "BOY OH BOY!" and "A PRINCE IS BORN!"

In Europe and Australia, newspaper front pages featured images of Prince William and Kate before the baby was born. South American papers did not lead with news of the royal heir, instead running with stories about the papal visit to Brazil.

The British tabloid, The Sun, went so far as to change its name for a day to "The Son" in honor of the royal birth. But the award for most creative cover might go to the UK's satirical weekly news magazine Private Eye, which simply ran with the headline: "WOMAN HAS BABY."

Check out newspaper front pages from around the world in the slideshow below:
Images courtesy of The Newseum unless otherwise noted. 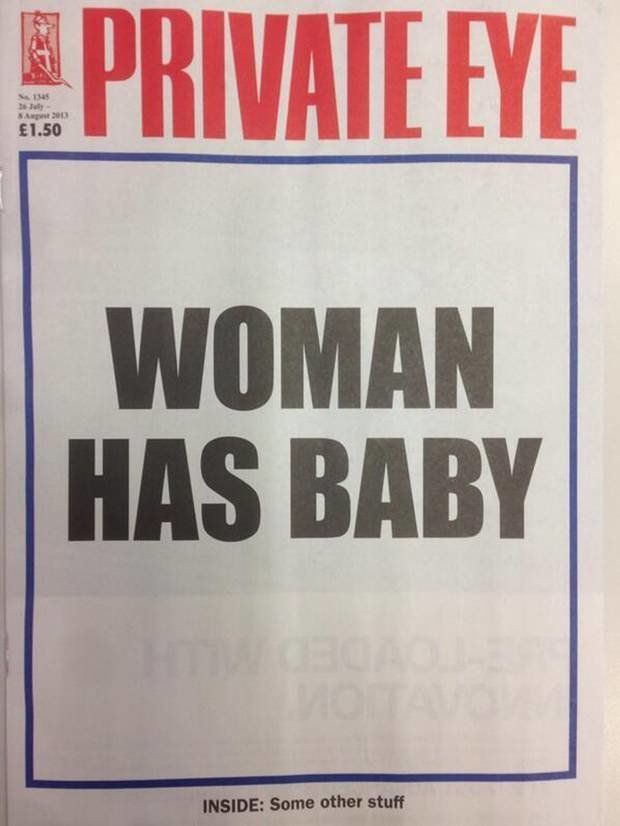