BEIJING (Reuters) - It would never have been allowed on the table in the home of Peking duck, but at least a giant rubber duck gracing a Beijing park will now have the taut, crisp skin required of its culinary peer after an urgent injection of air.

The 18-metre (60-foot) tall duck, on show at the Beijing International Expo, appeared wrinkled and its beak drooped, prompting a barrage of ridicule on the Internet, the official Xinhua news agency said on Sunday.

The duck, a copy of one designed by Dutch artist Florentijn Hofman that had been on show in Hong Kong harbor in May, was reinflated late on Friday and its beak reassembled in an eight-hour operation, the report said.

"There were some flaws when inflating the duck, and we have adjusted it overnight," Zeng Hui, deputy manager of the Beijing Design Week Organizing Committee, told Xinhua.

The snafu prompted one netizen to joke that the duck wanted to look like a chicken so that it would avoid the city's Peking Duck restaurants, where specially bred ducks have air pumped through them after being slaughtered to help produce the dish's crispy skin. 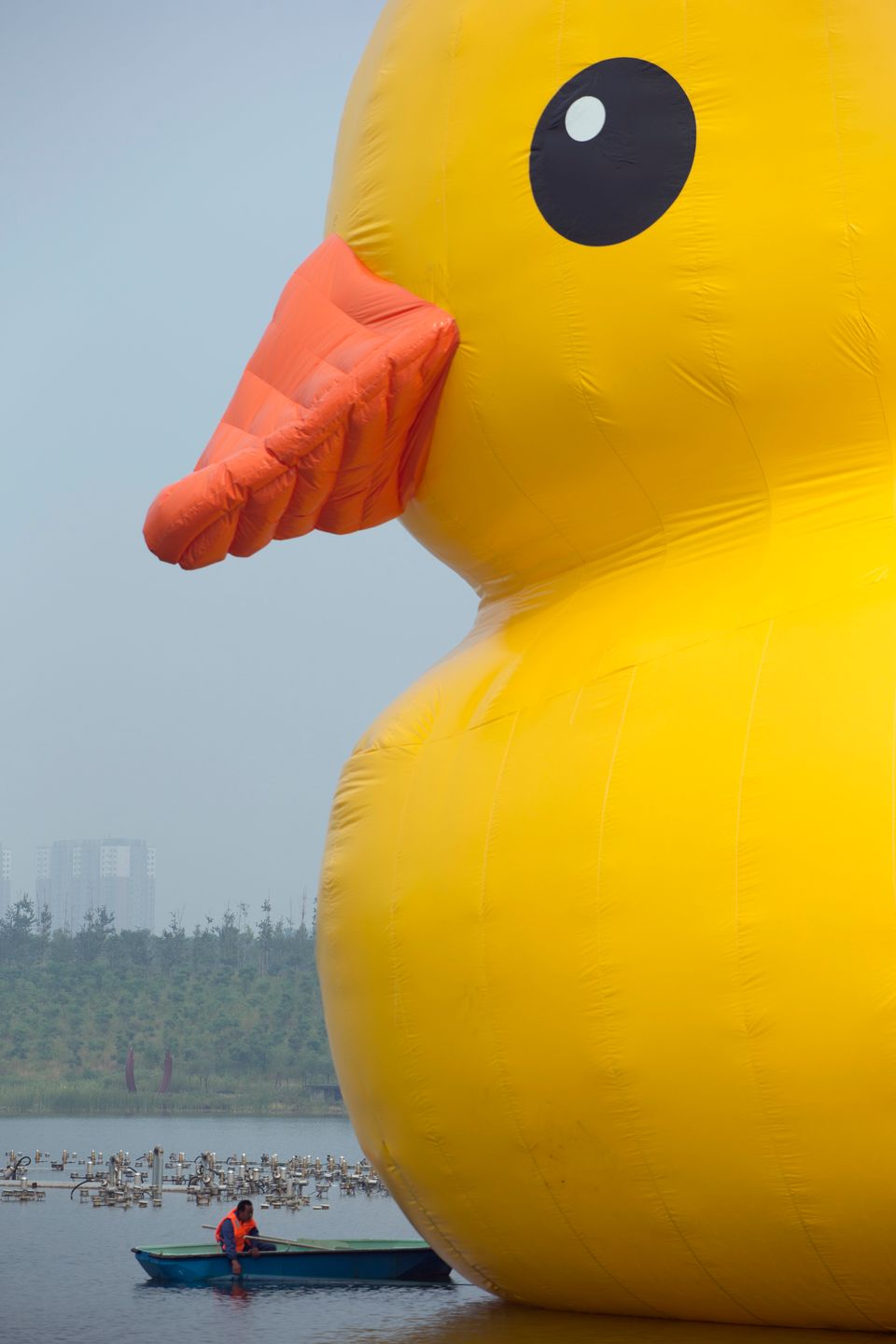 1 / 8
A worker rows a boat past a giant yellow rubber duck created by Dutch artist Florentijn Hofman as an art piece floating in an enclosed branch of the Yongding river in Beijing, China, Friday, Sept. 6, 2013. The 18-meter tall inflatable duck resembling a popular yellow rubber toy made its debut in Beijing on Friday after attracting wide attention in previous appearances in eight major cities around the world. (AP Photo/Ng Han Guan)
AP