A lost sea lion pup nicknamed Rubbish wandered into San Francisco on Thursday. He crossed a busy road in the city's Marina District, then attempted to elude rescuers by hiding under a car.

His rescue became a sensation on social media:

Another photo of #sealion found in SF Marina dist. this am. http://t.co/foxFHYzMsw pic.twitter.com/slarJ92YRh

Rubbish was eventually caught in a net and placed in a carrier box. CBS San Francisco reports that it took the police and rescuers from the Marine Mammal Center in nearby Sausalito about 30 minutes to catch the pup.

The pup had been nicknamed Rubbish by the center during a previous rescue. In February, he was found in Santa Barbara suffering from malnourishment and pneumonia. After being nursed back to health, he was released at Point Reyes in March.

It's somewhat unusual for a sea lion to strand itself twice and rescuers will examine Rubbish to see if he is suffering from any other health problems, but he has lost about 10 pounds since his release, according to the San Francisco Chronicle.

"We'll fatten Rubbish up and send him home...with a waterproof map!" the center said on Twitter.

Rubbish is also part of a larger problem. There has been a dramatic rise in the number of stranded sea lions since 2013, prompting the National Oceanic and Atmospheric Administration to declare an "unusual mortality event." The agency reports that more than 2,500 California sea lion pups have been stranded so far this year.

The Marine Mammal Center said that it has taken in more than 1,100 of those sea lions, or more than it rescued in all of 2014. The center says it's on pace to rescue more animals than it ever has in its 40-year history.

Warmer waters along the coast have caused populations of prey such as sardines to plunge so sea lion mothers have had a harder time finding food, the Center said. They leave their pups for longer periods, and some pups get so hungry that they head out to sea themselves. Since they are not yet capable of getting their own food, they end up stranded on the coast.

“What’s scary is that we don’t know when this will end,” Dr. Shawn Johnson, director of veterinary science at the center, said in a statement last month. “This could be the new normal -- a changed environment that we’re dealing with now.”

If you see a lost or stranded sea lion pup, don't attempt to handle it as they can bite and cause infections. Contact a rescue organization closest to you. NOAA has a list on its website, available here. In California, the Marine Mammal Center can be reached 24 hours a day at 415-289-SEAL. 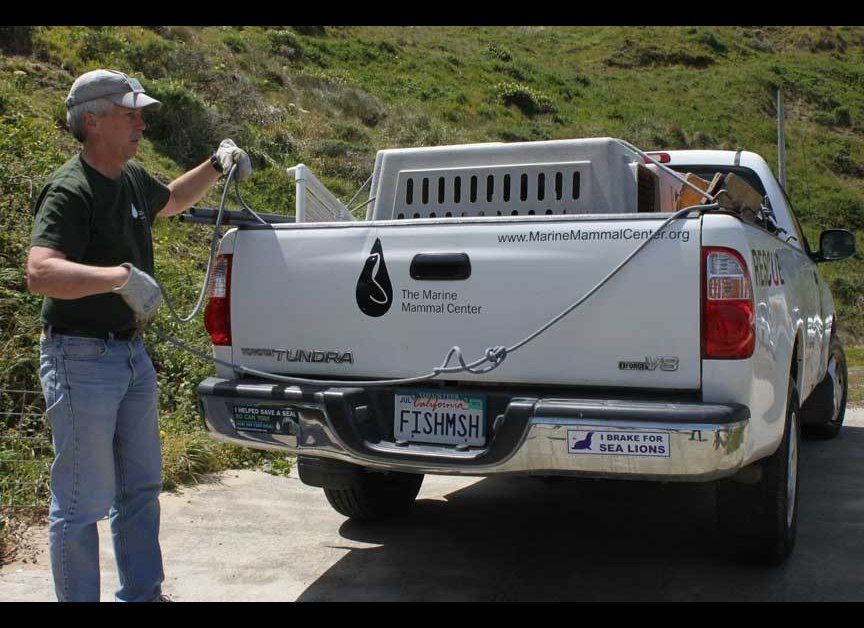