Rep. Ruben Hinojosa (D-Texas), who filed for personal bankruptcy in December 2010, has emerged from Chapter 11, according to a court document.

The document, issued by the U.S. Bankruptcy Court in the Southern District of Texas, provides a final decree closing Hinojosa’s bankruptcy case.

Hinojosa, who has served in Congress since 1997, held $2.9 million in debt at the time he declared bankruptcy, including $2.6 million claimed by Wells Fargo Bank. In a written statement, Hinojosa attributed his bankruptcy to a loan he secured to rescue H&H Meat Products, a slaughterhouse founded by Hinojosa’s father and uncle, after the company declared bankruptcy in 2008.

“I have done everything humanly possible to avoid filing for bankruptcy protection to no avail,” Hinojosa, who sits on the House Financial Services Committee, said in a statement at the time. “The bank debt of H&H was more than I could handle financially.”

While House members are required to disclose personal financial documents with Congress every year, there is no rule that prohibits members indebted to banks from serving on the House Financial Services Committee.

Hinojosa’s annual congressional salary is $174,000. His debt stood in stark contrast to the wealth of some 249 members Congress -- roughly 47 percent -- who were reported to be millionaires in 2011.

In the five months following Hinojosa’s bankruptcy filing, documents revealed that the congressman spent thousands of dollars on seemingly frivolous expenses -- including $1,800 on clothing, $680 on cleaning services and $540 in allowance for his children. 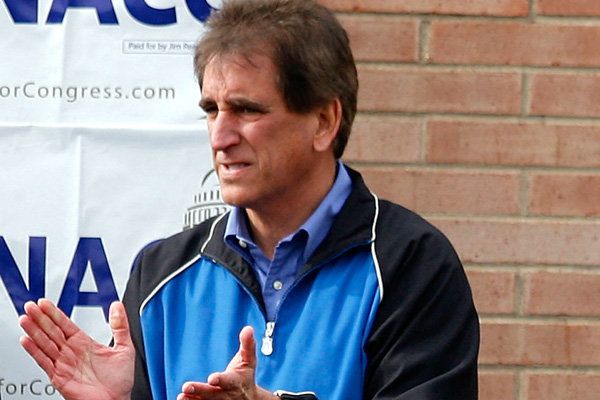 1 / 10
10. Rep. Jim Renacci, R-Ohio
Minimum net worth: $36.67 million Renacci's minimum net worth remains relatively unchanged from the year before, rising just slightly to $36.67 million. The first-term Ohioan's portfolio is one of the most diverse in Congress. Renacci reports having significant investments in fast-food chains, consumer electronics companies, drugmakers and oil giants. Renacci has a stake in the Lancaster, Calif.-based minor league baseball team, the JetHawks, worth $100,000 to $250,000 and loaned the Westerville, Ohio, Gordy's Bar and Grill at least $250,000 in 2010. An investment in a Harley-Davidson dealership dropped in value from at least $500,000 in 2010 to about $4,400 in 2011. Renacci is one of a handful of members of Congress who opted to disclose the exact value of many assets instead of reporting them within broad ranges. He listed $26,000 in Lululemon Athletica, $89,000 in McDonald's and $281,000 in Chevron stocks, among hundreds of financial holdings. Renacci has a line of credit of $1 million to $5 million with his primary investment manager, Raymond James and Associates. <em>Published with permission from <a href="http://corporate.cqrollcall.com/">CQ Roll Call</a>.</em> <a href="http://www.cnbc.com/id/49521074?__source=huffpost|richestmemberscongress|&par=huffpost" target="_hplink">Read more at CNBC. </a>
CNBC