Ruby Rose is the girl of the moment. She's fearless, she's eloquent and she is, undoubtedly, very good-looking. If Orange is the New Black is loved for diversifying TV and celebrating difference, then Ruby Rose is the perfect casting. Androgyny is not something often considered beautiful, so for her to redefine beauty and still have mass appeal is very exciting. But it does raise questions over why some gender non-conformity is celebrated while other forms are ridiculed or ignored.

Laverne Cox raised a really interesting point recently about Caitlyn Jenner, or more accurately the reaction to her 'unveiling.' In a blog post, Cox notes that Caitlyn was hugely commended for being beautiful, and indeed Cox herself has been heralded many times as beautiful, but actually that can become a problem for women who are less easily able to conform to cisnormative beauty standards.

While Jenner, Cox and Ruby Rose represent different expressions of femininity, they do all share one common trait: they are beautiful by standards widely upheld within western society. Ruby Rose has an exquisite face and a slim body, but would the tattoos and spiky hair be so beloved on a gender non-conformist woman born without traits we consider traditionally beautiful?

Laverne Cox also has a lovely face, as well as long, blonde hair and by her own admission, is in the fortunate position where she can buy the things she needs to conform to beauty standards. Equally, Caitlyn Jenner has been able to spend a lot of money working on her look to make it acceptable for the masses. What about women who aren't so fortunate, or who decide against conformity? 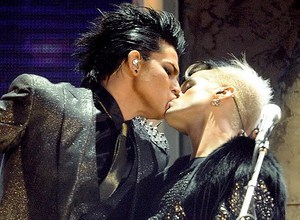 I didn't intend this blog to be about trans women, but with the incredible trans movement happening in mainstream culture, it does feel relevant to think about how we are defining 'beautiful' and critique the boundaries we have in place for what is and isn't to be celebrated. To keep it even (or as even as a beauty discussion can ever be when thinking male vs. female), consider men who do not conform to physical gender roles, or express themselves in a way not considered masculine. Boy George was huge in the '80s, Adam Lambert is huge now and yes, male androgyny is as old as time, but I'm not sure it's ever been widely considered attractive or celebrated outside of the non-conformist community it is built from.

There was a time when I was relatively androgynous in the way I chose to present myself to the world, and while I think my eyeliner emo days are something to celebrate now, it didn't come without issues at the time. Even within the gay male community, there is a celebration of butch and a shun of fem. I'm physically fairly gender conformist in my 20s -- although lord knows I'll rock glitter at a festival -- but I do think it's a shame that we can't celebrate those who don't, by choice or design, look like Chris Pratt, Beyoncé, Ryan Gosling or Taylor Swift.

Beyoncé is incredible, Ryan Gosling is handsome, and I couldn't be more of a Laverne Cox fan, but wouldn't it be amazing if we all lost our collective minds for somebody who doesn't fit that mould? I'm as guilty of that narrow mind as anyone, but I can't wait for a time when somebody who doesn't look the way we think they should breaks through to mass attention and praise -- or "slays" as the kids say. Ruby Rose is great, but where is the Big Boo love? 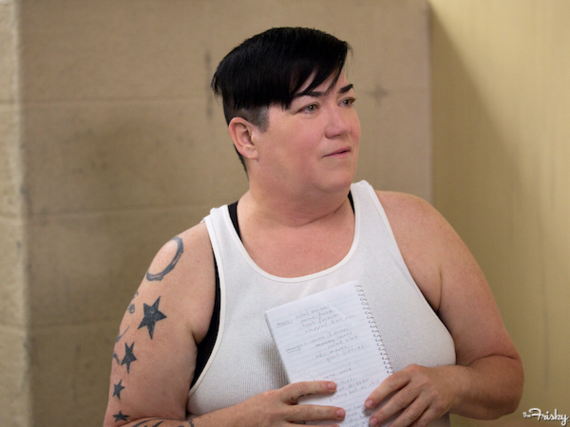