Ruby Rose has gone dark on Twitter after a torrent of social media derision followed news that she’d been cast in “Batwoman.”

Rose, who is openly gay and identifies as gender-fluid, was hit with an onslaught of criticism after she announced her casting as Batwoman, who, according to the DC Comics canon, is a lesbian of Jewish descent.

Some critics said it was a problem that Rose isn’t Jewish, and others suggested she’s not gay enough to play a lesbian superhero.

Not only does ruby rose not identify as a lesbian but she’s not Jewish either. So...they basically lied about it wanting an actor that represented the diversity to stay true to who batwoman is and instead just picked a “hot” white person that isn’t too gay to offend the straights

I'm disappointed that Ruby Rose was cast as Batwoman considering it's a complete erasure of Kate Kane's Jewishness. They should have cast a Jewish lesbian to play a Jewish lesbian character.

Rose tweeted just before her departure from Twitter: “Where on earth did ‘Ruby is not a lesbian therefore she can’t be Batwoman’ come from — has to be the funniest most ridiculous thing I’ve ever read. I came out at 12? And have for the past 5 years had to deal with ‘she’s too gay’ how do y’all flip it like that? I didn’t change. I wish we would all support each other and our journeys.”

The Australian actress then said she’d be taking a “break from Twitter to focus all my energy on my next 2 projects.”

Many people on Twitter shared their thoughts about the controversy:

Can their be some consistency in outrage please, it’s hard to keep up

anyway i just don’t think non-aussies actually understand how dang homophobic australia is for a western country and ruby rose has been out and loud about it since day one so imma always back her. she was vocal af when most of us couldn’t be

When will people learn? At this rate, I fear never; another actor is bullied off of Twitter by backlash from 'fans' 🤨 as Ruby Rose deletes her account 😔 Kelly Marie Tran, Millie Bobby Brown... for goodness sake, leave people alone – they haven't done anything wrong.

🤔 Why can't we be supportive of people's journeys?... Ruby Rose deletes her #Twitter account after receiving heavy backlash for being cast as #lesbian superhero #Batwoman https://t.co/yXSdKd63Pc pic.twitter.com/vw9y0t8pxB

It's sort of bonkers to me that y'all are so mad about Ruby Rose being cast as Batwoman. They cast a genderfluid queer person in the role of a lesbian and no snaps? None?

Wait, y’all really got on Twitter and told Ruby Rose that she, a queer person, should not have taken the role for a queer person because she should have let it go to a lesser known queer person?

At this rate we are never going to have a blockbuster name are we?

Apparently Ruby Rose got so much shit from over-entitled 'fans' about the Batwoman casting she felt it necessary to delete her Twitter account.

1. She may not fit the template of the character in every detail. That's why we call it acting.

You can dislike Ruby Rose for whatever reason, but what we’re not gonna do is say she somehow isn’t “gay enough” to play a lesbian character, okay folks?

How’s Ruby Rose supposed to defend Gotham if she can’t even handle a few Twitter trolls?

Ruby Rose left twitter due to people attacking her over being casted as Batwoman. There is a difference between not liking the casting choice, and attacking the person because you don’t like it. See a therapist if you attack people online, it’s not healthy behavior.

Rose is slated to appear in the annual crossover event featuring “Arrow,” “The Flash,” “DC’s Legends of Tomorrow” and “Supergirl” in December. 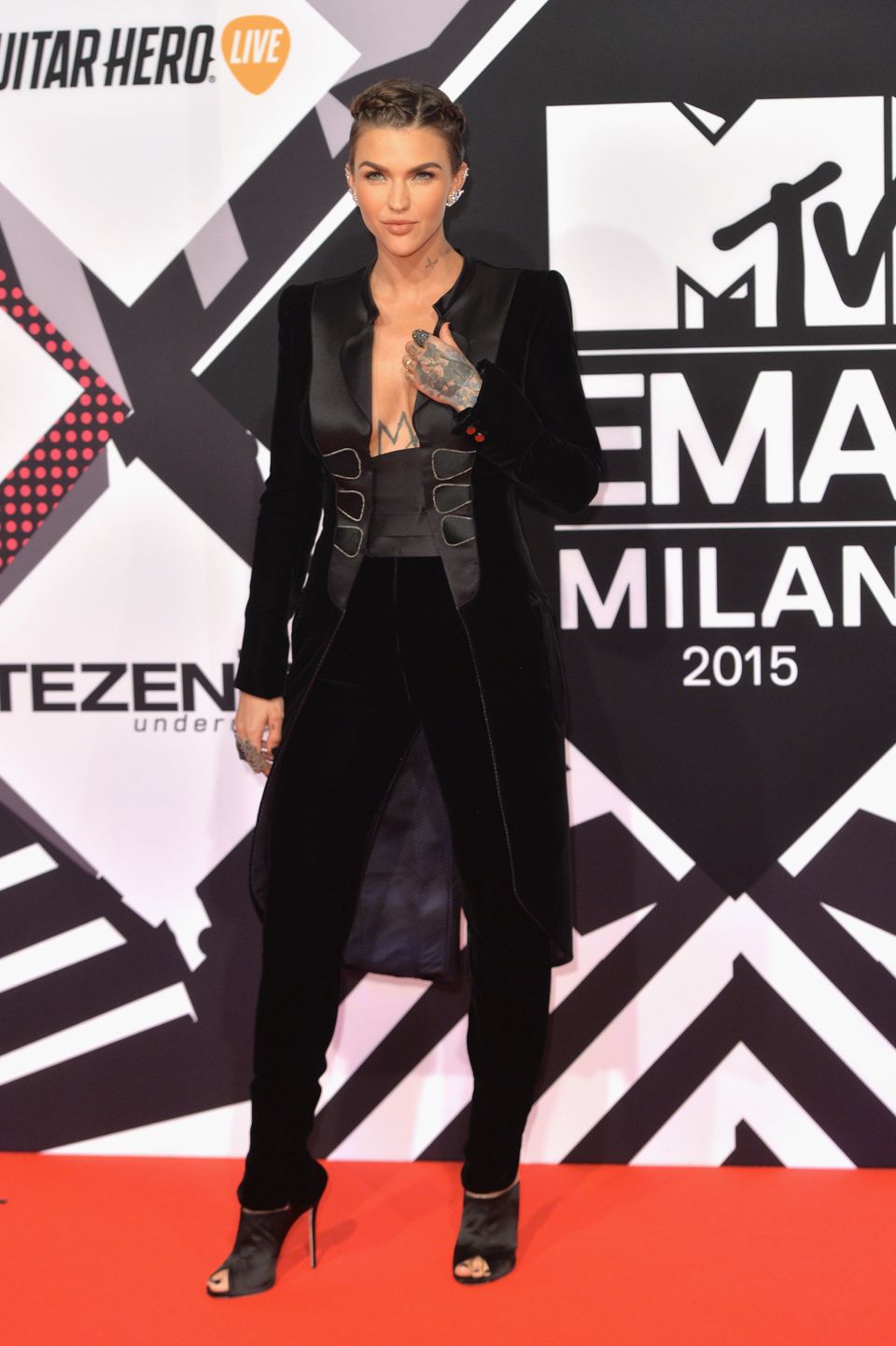