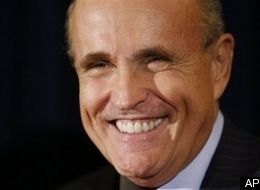 More from Rudy Giuliani's interview today with Al Hunt, which will air this weekend on Bloomberg TV:

MR. HUNT: Let me try a couple of national security questions. Waterboard. You have noted the Congress has not outlawed it, and that you say it's not necessarily torture; it depends on the circumstances. John McCain says you are wrong and he says you haven't served in the military and have no experience in the conduct of warfare. Do you know more about torture than John McCain?

So which specific techniques did Giuliani use? And can he point to a specific case where "intensive questioning" made the difference?