Step aside, sissies: Ruffles is hoping to appeal to the macho men among us. At least that's what we've gathered from their latest product line, Ruffles Ultimate Potato Chips and Dips, which rolled out in May.

What makes these products macho, pray tell? A press release calls them "an unapologetic bro-centric snack with deeper ridges and real pieces of meat." The chips come in three flavors (Original, Sweet & Smokin’ BBQ and Kickin’ Jalapeno Ranch) and the dips come in two (Beef N’ Cheddar and Smokehouse Bacon). Beef N' Cheddar is the only product not yet on the market; it'll be available in July.

An ad spot for the chips and dips posted late last month supports the bro claim: A seemingly girly woman sits down at an all-male poker game and seems to get more guy-ified with each bite.

So, do Ruffles Ultimate products really speak to men? And do ladies feel more macho eating them? We turned to HuffPost editors of both genders to find out.

One male editor said he "definitely thought the ridges were manly" and enjoyed the meat flavor in both dips. The other guys were also on board with the products' taste, which most agreed was better than expected. One Sports editor declared the lot fit for a tailgate.

The ladies, on the other hand, were a bit more critical. Although most liked the deep ridges -- "I feel like they really pick up more dip," one female editor said -- some aspects of both chips and dips were off putting.

One editor was horrified by the thought of the Beef N' Cheddar dip, but was at first "pleasantly surprised by the earthy flavor and creaminess ... until I got a chunk of beef." Another lady didn't dig the Kickin’ Jalapeno Ranch flavor, adding, "Alas, I'm just a delicate female I suppose."

Nearly all the female editors were put off by the man-vertising behind the product. "Are these the new chips and dips of choice in 'No Girls Allowed' tree houses?" one asked.

Another female editor didn't get why the manly posturing was necessary at all. Regarding the beef chunks in the Beef N' Cheddar dip, which she thought had a "powdery, reconstituted texture," she asked rhetorically, "Are we not MANLY enough for beef jerky??"

Frito Lay, which produces Ruffles, is hardly the first company to appeal to men when it comes to food. Dr Pepper Snapple Group went after the same demographic with its Dr. Pepper Ten product, a low-calorie drink about which commercials proudly declared "It's not for women!" Pepsi was a bit less brazen it its advertisements for its low-calorie product, Pepsi Max, which also targeted men.

Check out Ruffles' man-centric chips and dips below to judge them for yourself. 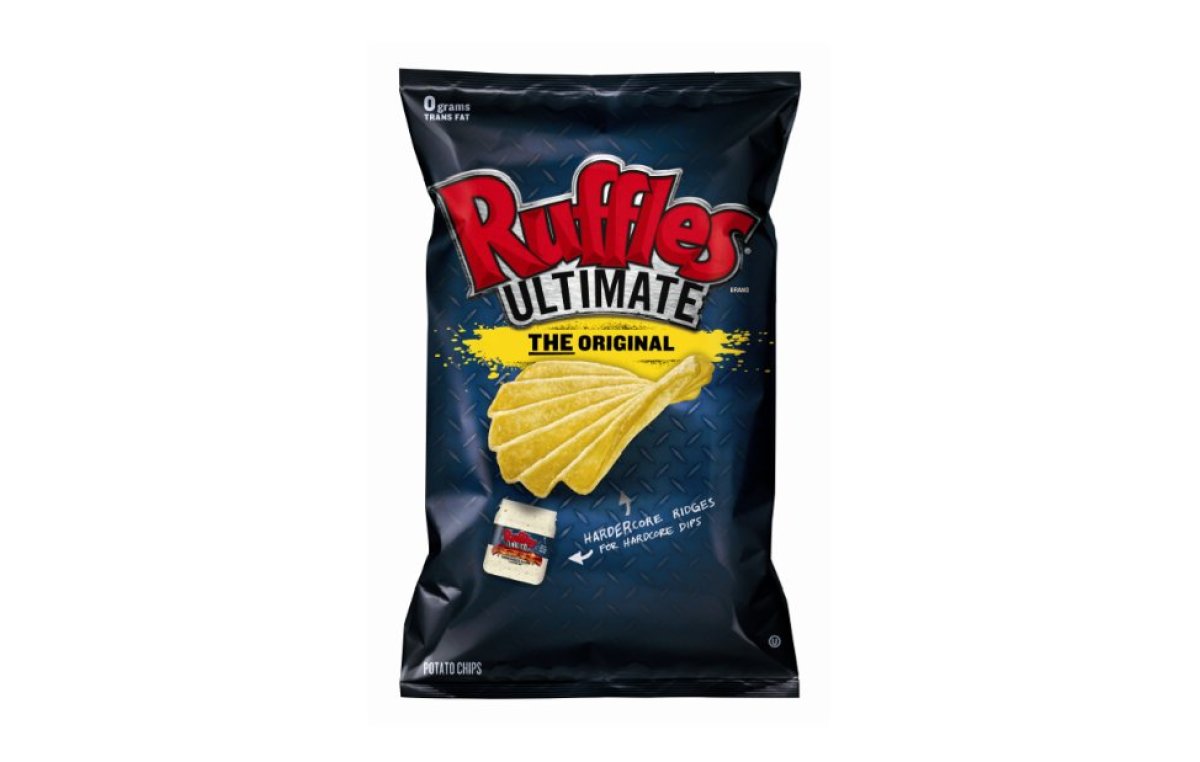