When they're not charging their opponents, one women's rugby team is tackling the body love revolution. 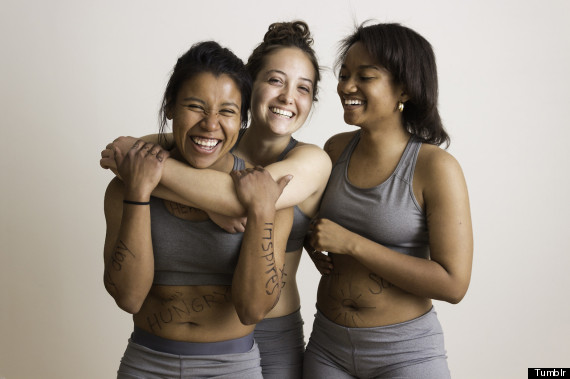 Over the course of two days in May 2014, the women photographed themselves at the Kundalini Yoga Boston studio. The team decided to celebrate body love by sharing what they loved about each woman's body and personality, and writing those messages on each others' skin.

"The project was inspired by the amazing body positivity and acceptance that we saw on our team," rising senior Helen Clark told The Huffington Post in an email. "It's so refreshing to see a group of women being proud of the strength they've achieve through hours of training, and to see them celebrating the physical manifestations of that strength. While many female athletes struggle to balance societal expectations that say women should be small and delicate with the expectation that athletes need to be strong, our team has created a culture that celebrates every kind of body." 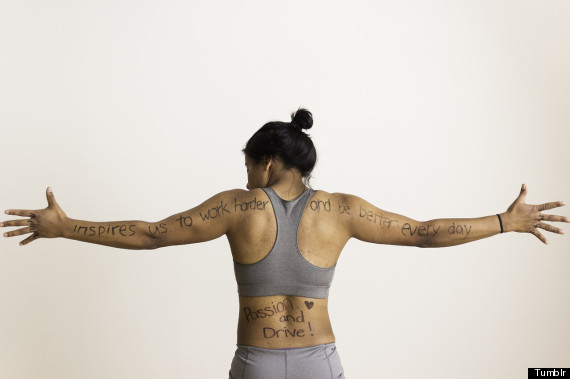 Shelby Lin, a player who graduated this summer, told The Huffington Post that the process reaffirmed the appreciation the team members had for each other:

We simply asked our teammates to write what they loved about each other, and refrained from giving much direction or expectations. From that there was an outpouring of appreciation about each others bodies, attitudes, and characters. I didn't expect the process to be so emotional, but after each day I felt full of pride for the women involved and how much we respect both ourselves and each other. 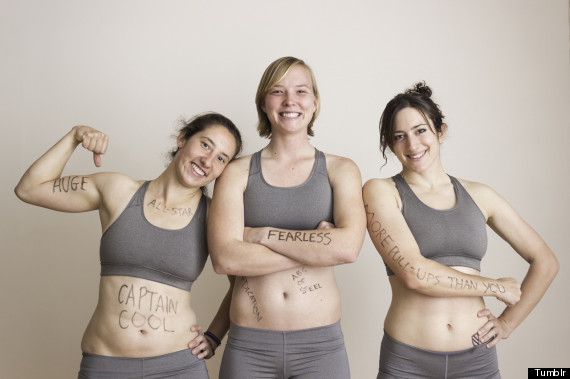 Outgoing senior Xanni Brown told HuffPost how playing rugby has made her more aware of the body image pressures women face, and equipped her with the tools to withstand them.

"This team didn't ask me to change anything about myself, just to love my teammates exactly as they were too," she wrote in an email. "I hadn't even really realized before then how many messages I was getting -- that all girls get -- about ways they should change." 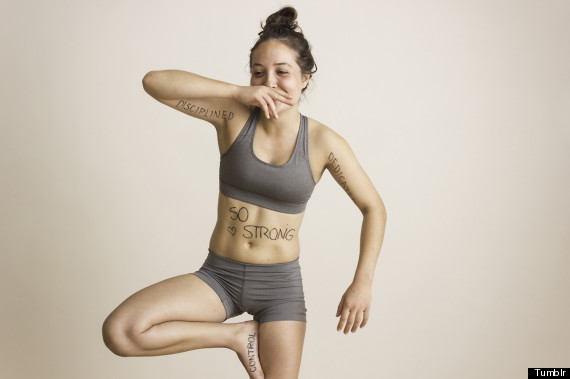 According to Clark, the team is hopeful that their images will inspire other women to love their bodies as they are.

"We are hoping that people will be inspired by the photographs to celebrate their own strength and to recognize the beauty of the women in their lives," she told HuffPost. "We want to send the message that women's bodies are not merely decorations for billboards and magazine advertisements, but rather the physical presentation of strong, powerful people."

See more of these inspiring images on the original Tumblr.