Rumplepimple is an adorable new book that brings elements of same-sex relationships into the lives of children -- but in a much more subtle way than you would expect.

Written by Suzanne DeWitt Hall and illustrated by Kevin Scott Gierman, this book is the story of a dog named Rumplepimple who runs out of a car and into a grocery store to help a little girl who is being teased by an older boy. Like much of Hall's work, Rumplepimple tells the story of being misunderstood by those who love you most when you're trying to do the right thing.

The subtle queer element? Rumplepimple's caretakers are a same-sex couple -- a story that mirrors the reality of Hall's own life.

"I think the time has arrived when there is less need for books that explain same-sex parents and more need for books which simply feature characters who happen to have them," Hall told The Huffington Post. "That's the way things get normalized in literature over time. After all, we no longer need a book titled Teacher, Teacher: Why is Sammy's Skin That Color?"

The Huffington Post chatted with Hall about Rumplepimple and her goals for this piece of children's literature this week. Check out the interview, as well as some images from Rumplepimple, below. 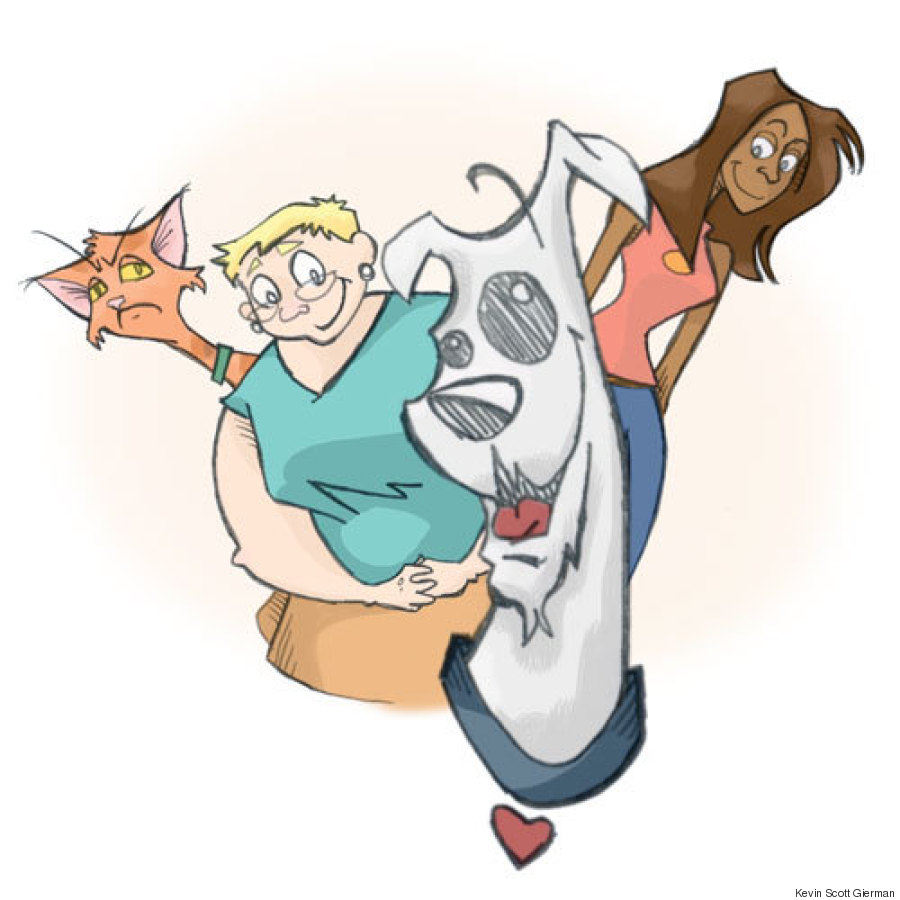 The Huffington Post: What is your overarching vision for Rumplepimple?
Suzanne DeWitt Hall: I want to tell funny, exciting stories about a universal concept; being misunderstood by those who love you most. Kids in particular often feel misunderstood. They might break a vase, or scratch themselves in public, or mention how much wine their mom drinks and find themselves in trouble despite having nothing but the best intentions. I wanted to show the kids who read Rumplepimple that they aren't alone in feeling this way, but that they are still loved.

My book is a fictionalized version of something that really happened. My wife took our Wire Fox Terrier to the grocery store while I was trying to get some writing done, and he darted out the car door before she could close it. He ran straight across the parking lot and through the automatic doors at the front of the store. She hustled in, and found him standing up on his hind legs at the meat counter, sniffing. I decided to turn it around so that instead of being naughty, Rumplepimple was actually being heroic. In the story, he only went in because he heard a little girl crying inside. In the time it took his mom to find him, he'd dealt with the situation, peed on the bad guy's shoes, and THEN headed to the butcher shop. Of course his mom didn't know that, and boy was she mad! 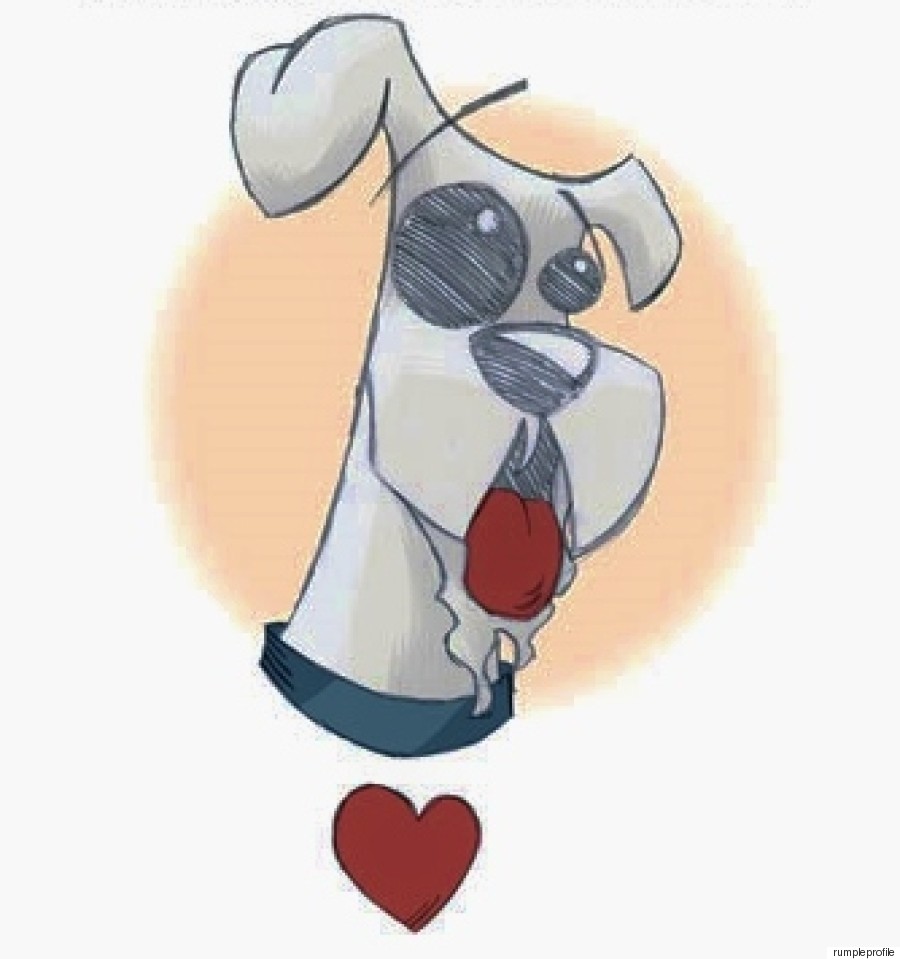 The book will be the first in a series, all of which have Rumplepimple getting into mischief... but for darned good reasons.

Why is it important to you that Rumplepimple's same-sex parents aren't the focal point of the story?
The characters in the story are modeled after the real Rumplepimple's family; he has two moms, and a sister cat named Chicken. There's nothing strange about that to him -- it's just normal. It's what he's always known.

I think the time has arrived when there is less need for books that explain same sex-parents and more need for books which simply feature characters who happen to have them. That's the way things get normalized in literature over time. After all, we no longer need a book titled Teacher, Teacher: Why is Sammy's Skin That Color?

"I think the time has arrived when there is less need for books that explain same-sex parents and more need for books which simply feature characters who happen to have them."

Why do you think representation of LGBTQ characters in children's books is so important?
Kids want books that they can relate to personally. They want to see their situation reflected in the pages and stories that unfold. They want to feel normal (whatever that means).

Family structures in our culture are extremely varied. Children might have a mom and a dad, or two of one gender, or just one of either gender. They might be in foster homes, or live with grandma. Books which illustrate diversity in all its many hues and forms is important not only for those kids with alternative (whatever that means) family structures, but also for children who have both a mom and a dad at home. 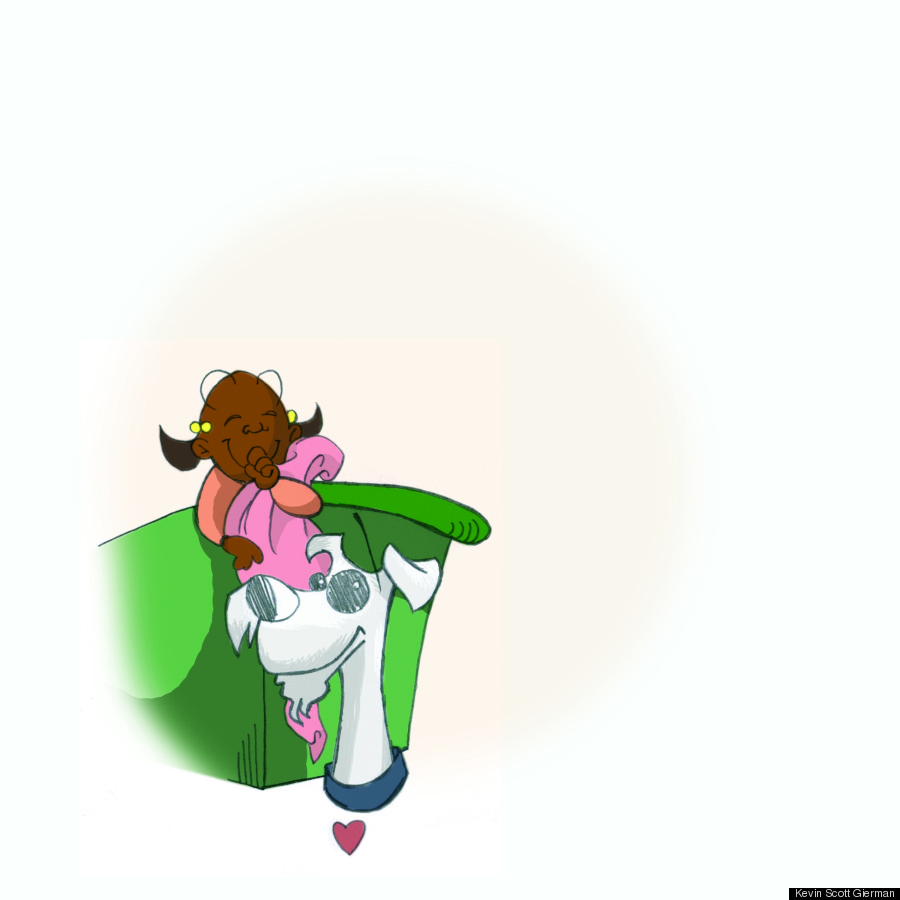 This concept was echoed in a workshop I attended a few years ago. A panel of children's librarians discussed what kinds of books they thought were most needed. They mentioned two things: books that helped kids who were reluctant to read overcome that hurdle, and books which included alternative family structures. In Rumplepimple, I tried to accomplish both of these goals.

What is next for Rumplepimple?
I'm working on his next adventure, in which Rumplepimple's sidekick is a cat named Georgia who everyone refers to as "he." I'm planning an illustration of Georgia's parents peering under his belly with shrugged shoulders and a sort of "Guess it doesn't really matter!" look on their faces. As with Rumplepimple's two mommies, the issue of Georgia's gender identification isn't the focus of the book. The focus is that Rumplepimple ends up in jail when he tries to save Georgia who runs toward a busy downtown on fall festival day. Georgia is simply there, being who he is. (Spoiler alert: Chicken develops a mad crush on him, which makes Rumplepimple want to puke).