New footage from Colorado shows what happens when an out-of-control semi uses one of the runaway truck ramps positioned alongside mountain highways.

Motorist Jesse Terrell said he spotted the smoking truck on I-70 near Silverthorne on April 26 and knew the truck was burning up its brakes. He watched, and recorded, as it picked up speed.

“I muttered to myself, ‘I really hope the driver takes this ramp,’” Terrell told Viral Hog.

The truck driver did, and the semi climbed the steep ramp with alarming speed:

The incident came just one day after four people were killed when a semi slammed into stalled traffic on a Denver highway, NBC News reported. The driver, Rogel Lazaro Aguilera-Mederos, was later charged with 40 counts, including vehicular homicide, first-degree assault and attempted first-degree assault.

Terrell said he thought about that crash as he shot his footage, which shows how quick thinking on the highway literally saves lives.

“I hope this video can be utilized by trucking companies everywhere to show the value of keeping a cool head and utilizing the tools given for everyone’s safety,” he said.

9News in Denver said the state doesn’t fine drivers who need the ramps, but getting out of them is expensive nonetheless: It costs around $2,500 and takes about four hours to get towed.

Steve Carver of Big Steve’s Towing told the station that wreckers can’t climb the ramps and have to work from the side.

“The ramps have roads beside them and if we can get up those roads, then we will go up the roads, and then work the truck back down to the bottom,” Carver said.

But some jobs are harder than others.

“We have had them go up the ramp and out the top and roll over,” he said.

YIKES! Out-Of-Control Semi Hits A Runaway Truck Ramp Just In The Nick Of Time
10 Roadside Enigmas That Make It Hard to Keep Your Eyes on the Highway 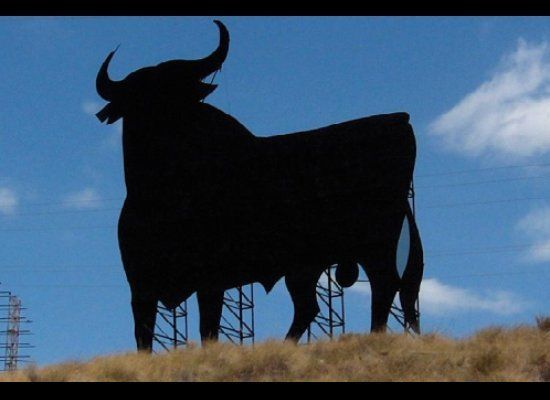 1 / 10
Grabbing the Bull by the Horns on Spain's Highways
If you hit the road in Spain, sooner or later the dark silhouette of a bull will loom on the horizon. As you close in on him--in all of his anatomically-correct glory--you'll realize that the stark black cut-out is a billboard with no words. This post-war advertisement for Osborne brandy was the work of graphic designer Manuel Prieto and has not only endured as a roadside icon, but is branded into the collective unconscious of the country as a symbol of national pride. (You'll see almost as many Spanish flags sporting the Toro de Osborne as you will the official royal seal.) Javier Bardem and Penelope Cruz filmed their first movie, <em>Jamon, Jamon</em>, with the toro serving as the backdrop for their erotic adventures. Separatists destroyed the only remaining billboard in Catalonia in 2007 as an act of political protest, but nearly every other province has at least one. The stretch of highway to Cadiz near Osborne's home-base in Puerto de Santa Maria is the best place to see a succession of the signs. You'll also want to be on the lookout for Osborne's more dainty roadside rival, Tio Pepe. <em> Written By Megan Cytron | Photo: Kokoo </em>