For many runners, the finish line can be found in the bedroom. According to a 2015 survey by Brooks Running Company, 41 percent of U.S. respondents experience a post-run euphoria that propels them under the covers.

The survey for the third annual Brooks Run Happy Nation Report was conducted online by Wakefield Research and queried 1,000 adult runners -- those 18 and over who report running at least once a week -- in the U.S., Canada and Germany. Though the sample size is small, previous research has also linked running to a satisfying sexy time. A study published in the scientific journal Plos One last month found that speedy endurance runners may enjoy better sex lives and higher sex drives.

If you'd rather go shorter distances, just bring your partner along to reap the benefits. Brooks' 2013 report showed that 66 percent of runners believe they have more sex when they run with their partners. This isn't all that surprising, since running releases the same brain chemicals -- such as endorphins and adrenaline -- that love and arousal do. Experiencing this feel-good rush next your partner will make you "associate the good vibes with your partner, which makes you want him or her even more—and vice-versa," Women's Health reports.

But it's not just running that'll put you in the mood for Marvin Gaye; enjoying any type of physical activity together can trigger vibes and let the good times roll. Better yet, physical activity can boost your self-esteem, making you feel more confident when it's time to unlace your sneaks and slip into something a little more comfortable.

To learn more about what goes on inside the mind and body of your average runner, check out the infographic from Brooks below. 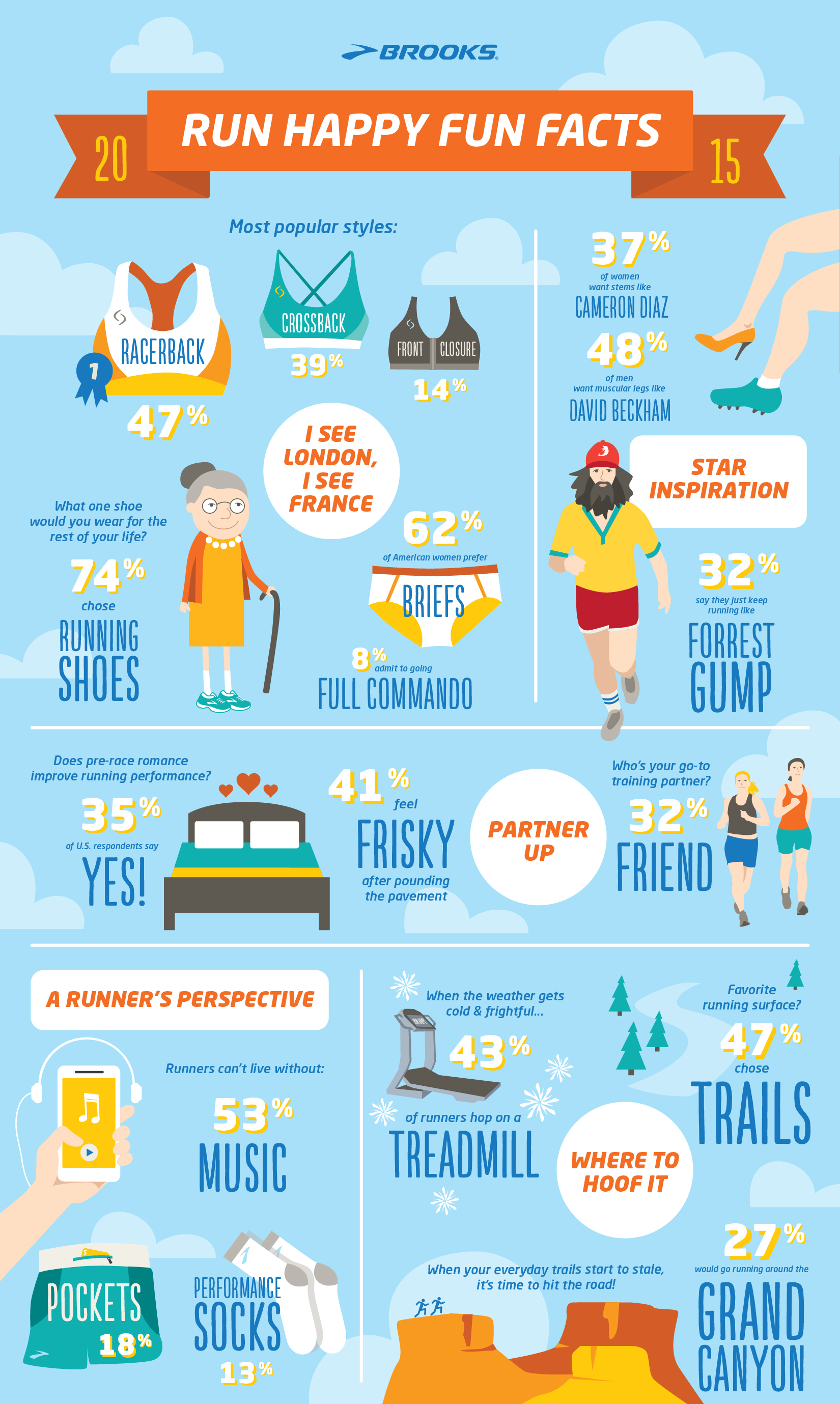