This is the third in a four-part series about some of the mental blocks that we as obese people MUST overcome in order to live a fuller and healthier life.

I remember the first time I "ran" outside. It was probably a few months before my first child was born, around seven years ago. I'm guessing that I probably weighed in at around 350 pounds at that time. I was at yet another point in my life where I was "trying" to be healthy, which in that incarnation meant that I took my dog for a walk for 30 minutes or so a couple of times a week. There are a lot of trails and paths near where I live, and it is also a very active community, so there are always people out on the paths and trails. I was out walking one day and decided I wanted to see what it would be like to run. I looked around to make sure there was no one around and then I ducked down a little trail that went away from the main path. I jogged a little before I realized that I did not have it in me to run very far. I didn't try running outside again for a very long time. 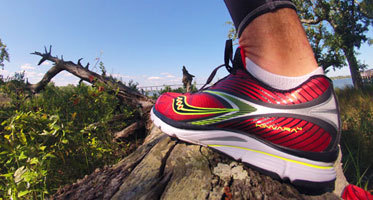 It WAS NOT the lack of ability that put me off from running for so long. It was the debilitating fear that someone would SEE me trying to run. They might see me huffing and puffing and shuffling and not being able to breathe or move. I was terrified of the things that people would think OR, worse, say to me if I ran outside.

"Hey, why is that fat guy running?"

Or, "I can feel the Earth shaking like I am in Jurassic Park! Oh wait, it's just that guy running."

Or, "Outta the way! Here comes a scalded walrus!"

Or, "Ha! Pray ye, feast your eyes upon that behemoth and the manner in which he scampers about!"

There are some rich snotty intellectuals where I live, and I sometimes imagine that they speak like that...

Shakespearean insults aside, overcoming obesity is an incredibly hard journey, but overcoming the self-consciousness bred by years of obesity is probably as hard if not harder.

So enter Thanksgiving 2011. At that time I had been on my ultimate weight loss journey for right around seven months. I had been tracking what I ate every single day and exercising 4-6 days per week. I was 73 pounds down, and I was on a tear. I had only recently overcome my fear of going to the gym, but I was still dealing with the whole idea of running outside. We had spent the night at my cousin's house in a different town the night before and woke up on Thanksgiving morning with thoughts of turkey and stuffing on our minds. Then I started checking Facebook and saw how many of my friends were doing Turkey Day 5ks and other runs. I felt inspired to go for a run, but there was not a treadmill to be found. I decided to take it outdoors. I knew that if anyone saw me outside, the chances of me ever seeing them again was nil, so I went for it. After months of running on the treadmill, it felt exhilarating to be outside with brisk air in my face. And I was hooked. 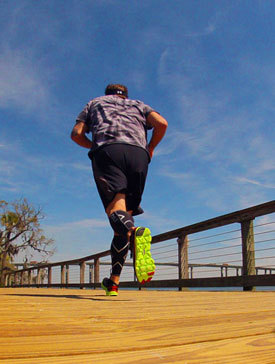 From that point on, running outside became a part of my routine. I knew that I HAD to lose weight and I KNEW that running was going to get me there. I had to get over the idea of people making fun of me, seeing me in my vulnerable state. And it was hard. And it still is hard.

When you go to the gym to work out, you are surrounding yourself with people who care about fitness. And also other runners out there will be encouraging and supportive of your endeavors. They were all once beginners too, after all. But when you step outside of your house to run, you are also surrounded by the rest of the World (read: non-runners and non-health-conscious-folks), and the rest of the world may not understand your need or desire to get fit or the methods which you will use to reach your fitness and health goals.

But it doesn't matter.

Get out there and run and do it with gusto. The first time might be intimidating. The second time might feel slightly awkward. But before long you will see that your trepidation may have been unwarranted.

Haters gonna hate, but how much more would you hate the thought of letting fear keep you from getting healthy?

More:
healthy livingHealthFitness and Exercisehealth and fitnessfitness
Newsletter Sign Up
The essential guide to taking care of your mind and body
Subscribe to HuffPost’s wellness email
Successfully Subscribed!
Wellness delivered to your inbox