The Pole to Paris flag has just left Edinburgh having already travelled almost 2,000km from the North Pole. Dr Erlend Moster Knudsen, specialist in Arctic climate, has carried the baton the entire length of Norway as part of this remarkable endurance and climate change event.

The aim of the journey? To connect science to society and help people re-engage with climate change as an issue which is already and will continue to affect them.

The UK leg of the run kicked off last weekend in Edinburgh and the run now transitions into a relay, where members of the UK public have volunteered to complete marathon long sections of the journey. 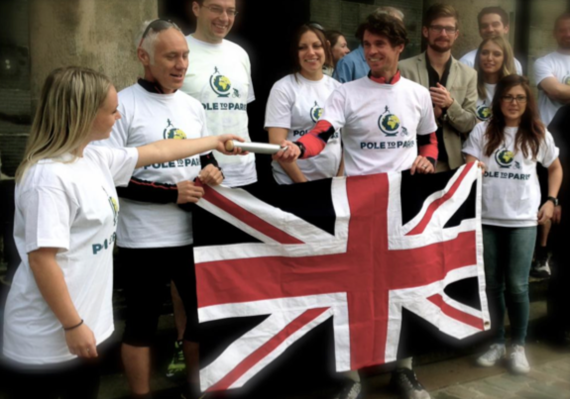 The arrival of the campaign in the UK was also marked with workshops, presentations and a fun run through the streets of the Scottish capital. Already the climate campaign and this feat of endurance has picked up global coverage from CNN and as it enters the UK it shows no sign of slowing down.

The runners are currently crossing the Scottish border and the run has its next major stop this weekend in Durham, North East England. Here I will be joining the Pole to Paris relay team myself before giving a presentation at the opening of the Durham University Antarctic Exhibition on Palace Green alongside Beth Ward, the UK Section Co-ordinator.

If you're inspired by Pole to Paris and want to get on your running shoes for the climate then check out their route over the next few weeks and join in as they are still accepting volunteer runners. Or if you are more of an armchair activist then fear not, you can support their global message for a strong climate deal at Paris via change.org. 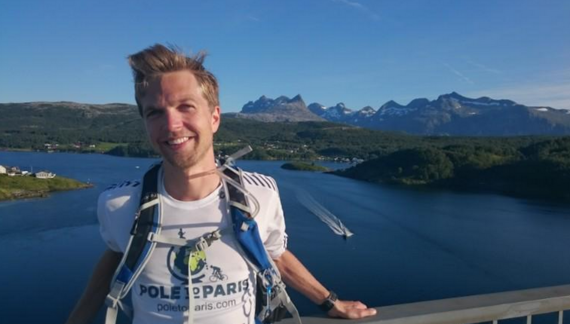 The online campaign was launched in Edinburgh and as the team travel the length of the UK they are collecting signatures to present to David Cameron as Pole to Paris run passes through London in mid November.

The petition asks for the UK to up its game when it comes to climate change action at a national level but also to act as a strong advocate for a worthy climate deal at Paris.

For me this petition stands out from the rest as rather than appealing for widespread (an idealistic) climate action from government (which hasn't really worked so far) it is very pragmatic and offers tangible steps that the UK should be taking not only to tackle climate change but also to increase energy security and capitalising on the plentiful opportunities from a green economy. Read the full petition on the site and you don't have to be a UK citizen to sign, the clock is ticking and you can send in a 2 degree selfie as well. 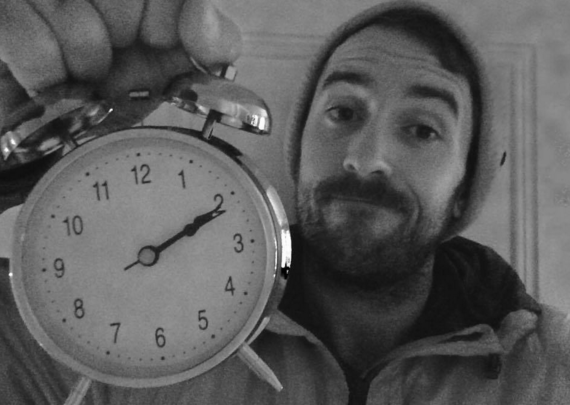 Following the UK relay, Erlend will continue on to Brussels and eventually Paris in time for the start of COP21.

This story of endurance running and climate advocacy however is only half of the incredible global journey from Pole to Paris as Dr Daniel Price has been matching Erlend's efforts in the opposite hemisphere with the southern cycle. A journey from the bottom most tips of New Zealand, through Asia to arrive in Paris at the same time as the northern run. He has just entered Austria and you can check out his remarkable journey so far here.

I'm sure the Pole to Paris team will continue to make headlines with this endurance advocacy and they are definitely a group to watch as we count down the days until the much anticipated COP21.