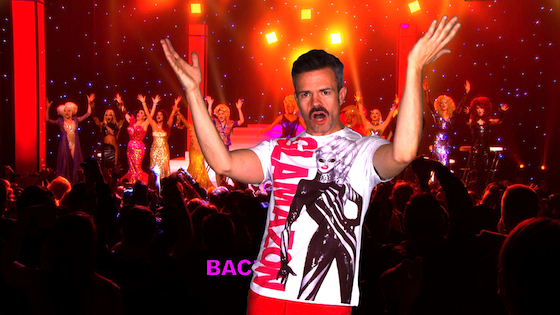 And with a crowning and some "back rolls," another season of RuPaul's Drag Race comes to an end....

It has happened! RuPaul's Drag Race has crowned a new "America's Next Drag Superstar"! And I've got Season 6's last Extra Lap Recap, dishing the big reunion/finale! Meet the winner--and some hunky dancers! And I pop the question to my beloved(s)!

So, now that we all know, are you happy? Surprised? Amused? Appalled? Sad for the not-winners? Just living in general for RuPaul's Drag Race and ready to go walk some drag-children in nature?

However you feel about the crowning, celebrate by channeling some of that pounding Vivacious energy and sissying that walk for the gods!. (See #ExtraLapRecap video below for reference.) Then get out of the house and go support your local drag queen. Buy their merch! See them perform (and tip them!). Then put on a wig, a corset, and bust out a number, and -- Goddess willing! -- your full-of-junk-tucked ass will be on Season 7.

Here's my take on the reunion selfie! Tweet (or retweet) this mofo if ya wanna! 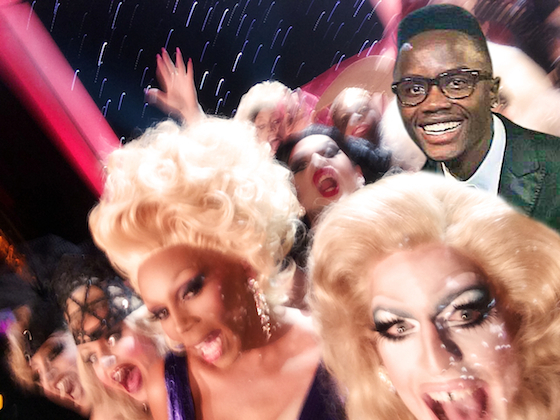 And can we just give big mega-props to Laganja Estranja? She gave this season her all, and she went through it! But she always stayed true to herself, slammed the stage, held nothing back and gave as good as she got. And she gave us quotations and GIFS and Tumblr fodder to last a lifetime. Lighters up for Laganja!

Obvi, if you've not yet watched the reunion to see who wins, go to LogoTV.com now. And, um, don't look on Facebook or Twitter or anyplace else, because that "T" has been spilled all over the place.

Hugs and kisses, and see you next season!