Carson Kressley hit the judges table of RuPaul's Drag Race last season, and (along with Ross Matthews) has become a beloved part of the panel. He gives his critiques with his own special brand of wit, along with fashion advice only a fashion maven like Kressley could dish out. Carson sat down for a chat with us to talk about returning to the judges panel on the eighth season of RuPaul's Drag Race, why he thinks drag queens are the superheroes of our community, and what we can expect on his upcoming stint as one of the competitor's on Celebrity Apprentice 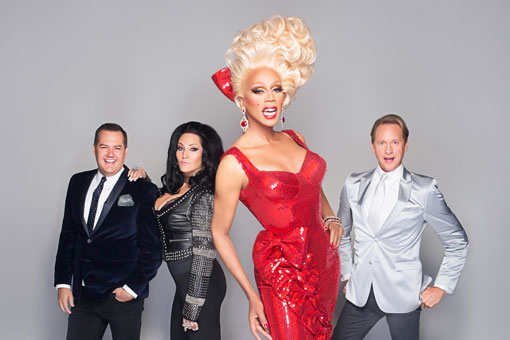 This season of RuPaul's Drag Race is your second time back to the table as a regular judge, rotating with Ross Matthews. How does it feel to have your freshman season over?
I am so glad they had me back! You know, I've done so many television shows in the past fifteen years or so and this one doesn't even feel like work. You get to be with Ru and Michelle (Visage) and wear a cute outfit, and see a great show We just have the greatest time! Don't tell LOGO, but it doesn't feel like work!

For you, what does the art of drag and drag queens, mean to you as a role throughout your life in the community?
You know I think drag queens are the superheroes of our community. Coming up gay on the East Coast, living through the AIDS crisis, the drag queens are just such an important part of our community. At times when things were really bleak, it was the drag community that kept us laughing and kept us positive through some really rough times.

Many people think that culturally, "Drag Race" is ultra important to our community. Do you agree?
Yeah I do. I think any time people are not exposed to that world are able to be exposed to it, it's important. It opens people's eyes and disarms people. In my eyes, the best drag queens are the ones that are funny and self deprecating and make people feel at ease. They're like human ice breakers. People are uncomfortable with that world and they need people that make them laugh. It's really not that different from Queer Eye for the Straight Guy which was a cultural thing that broke the ice and people got to know their first gay people and it broke the ice. People got to see that we were funny and cool, and not scary at all; I think the same goes for Drag Race. There is a whole world of people outside of our community, and they get to see that it's fun, fabulous, artistic, glamorous, and it's comedy. It's meant to bring people joy and I think that's a fabulous thing.

What do you think is different about this season of "Drag Race" as opposed to last season?
I think every season is different, and I have only been there for the two seasons, although I have been a fan of the show for a long time. It's obviously about great drag performances, but I think every season is different and interesting because you get to hear people's stories. You learn things about them that show their humanity. Being homeless, or being raised in not a wonderful childhood, all of their backstories while they're there. I wish I got to see more of their backstories, because I just get to see them perform. A huge part of getting to know the queens every week is seeing who they are, where they came from, what inspires them, and how they get along with each other. That's probably the third element that makes it so interesting. It's a competition, there are some really great moments that that show that it's a really supportive community. 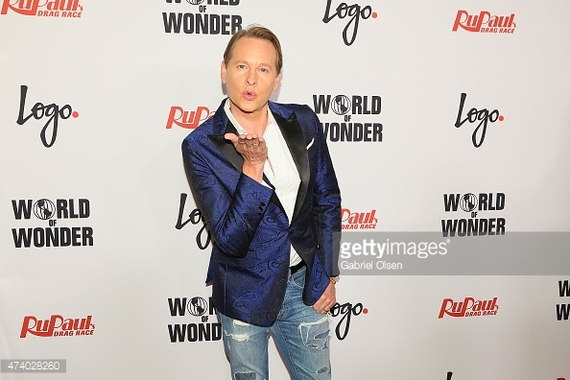 You mention you only get to see them on the main stage. As a judge, what do you think you look for the most?
I respond really well to comedy and people that are self depreciating, and also people that are really confident; that are there to win. This is a really interesting opportunity for them, and if they come out there and deliver every time, that makes me want them to win because this is really their moment in the sun.

You're getting you own moment in the sun on the upcoming season of Celebrity Apprentice aren't you?
I am! I can't say too too much since it's all top secret you know? I am having a great time and I hope people will really see me in a different light. I want them to see that I'm smart, funny, kind, talented, which is how I really am. I think the thing about all of these reality shows, is that when you see people outside their element, both good and bad are revealed. It's really reveals everyone's personal journey and it really is a show about psychology and how people do under pressure. Because I will tell you, I have never worked harder or been in a more intense work environment than I have on Celebrity Apprentice. It's hard work, but I think we all stay motivated and engaged, especially since we're working for a fabulous charity.

Contestants on Celebrity Apprentice alway work for such fabulous charities. Joan Rivers worked on behalf of "God's Love We Deliver," which greatly helps the LGBT community. What charity did you choose to work on behalf of?
On the show, I am working on behalf of the True Colors Fund, which is so important to me. I've been a board member since practically its' inception and I got involved when I got to be friends with Cyndi Lauper during the "True Colors" tours. They do such inspiring work trying to get LGBT kids off the street and I think an important thing for your readers to know is that LGBT kids make up about 7 percent of our population but about 40 percent of the homeless youth population in America, and that is just a number that is unacceptable. It's tragic and sad, and we are really working to get that number from 40 percent to zero. Coming out and discovering who you are and being your authentic self when you're a young person is so hard. There are so many outside pressures from all kinds of forces. To not have a safe and happy home to live in is completely unacceptable. We have an amazing Executive Director Gregory Lewis and board members like Sara Ramirez and Cyndi Lauper. I got to go to the White House and talk about the homeless youth. I got to go with Cyndi who testified in front of the senate to help get our kids off the street and into safe homes. When you do the groundwork, you can see how inspiring it can be and really how important it can be. That's what's keeping me going and making me kick some ass! 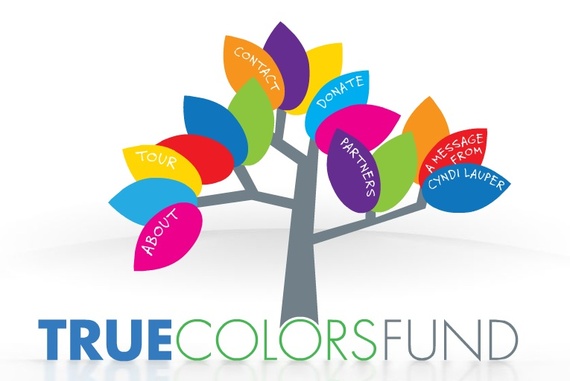 Where do you want to be five years from now?
Oh gosh, who knows. Everyone always asks about your five year plan, I don't know what I'm doing next Thursday. LOL! I would love to keep working in this world; every day working in television is super fun and I really have not felt like I've had a "job" in the past thirteen years,I so I just want to keep doing it!