This story starts with an epiphany. It happened when a 28-year-old Kenyan woman named Eunice, a community-health worker, went to visit her mother.

Eunice eyed the stove in her mother's home for a long while, thinking. She had never seen anything like it. It was a closed clay oven, a local design, and it wasn't spouting smoke or choking up the air in the small home, the way the indoor open cook-fires used by so many women would. As a health worker, Eunice had treated the ragged breathing and respiratory ailments women suffered from constantly cooking in a cramped, smoky place. What's more, her mother had used far less wood than usual to fire it up and keep it running. Eunice starting thinking about how much time her mother had saved, not having to spend hours gathering extra firewood, and how else she could better use that time.

Moment by moment, she grew more convinced. "I can build that."

And she did. As soon as she got back home to her own rural community, she gathered the necessary materials. "I started building it at 9 in the morning," she told me when I traveled to Kenya recently to meet with community organizers like her. "By 1 PM, I had cooked my lunch on it."

Eunice achieved this with just the materials on hand, some basic math and geometry learned at school, and her own ingenuity and self-confidence. Now, Eunice is mobilizing women in her community of Kilgoris, Kenya, to teach them the basic building steps and to make their own reduced-smoke clay stoves.

This story illustrates what's possible when women and girls are educated and empowered. Now imagine a version of Eunice's story, amplified and multiplied billions of times over. Imagine a world where all women and girls are free to participate fully in their communities, to become innovators and to lend their leadership to solve our shared global crises. That is the vision of countless women's-rights activists worldwide. And the international community has committed to this ambitious but vital agenda through the Sustainable Development Goals (SDGs) -- including SDG 5, to "achieve gender equality and empower all women and girls."

Making this goal a reality will require a major investment of global resources and a serious commitment by our world leaders to build credible national plans. And it will require an ability to see the connections across the goals, like the ones on achieving gender equality and on combating climate change.

Rural women worldwide are on the frontlines of climate change, forced to confront daily its worst impacts and typically carrying the heaviest burden as those responsible for providing families with food, water, and household fuel. When I was in Kenya, I stood on the banks of the Ngoboro River with Lucy Mulenkei, the leader of a women's organization called the Indigenous Information Network (IIN). "When I was a girl, this was a terrible, raging river," she said. "We children weren't allowed to play nearby because we might get swept away. But look at it now." Patches of the dry riverbed were exposed to the sun as the weak flow of the water trickled along. It was hard to imagine the river as it once was, before it was dried up by drought. 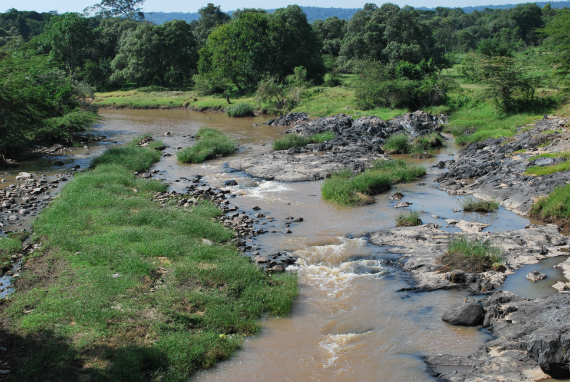 The Ngoboro River, which feeds into Lake Victoria, is now nearly dried up by severe drought. © Gichuru Mugira

But IIN, under Lucy's leadership, organizes with local women to build their resilience in the face of drought. They train women to harvest rainwater whenever it falls, and they have installed storage tanks and irrigation systems to safeguard limited water sources. Empowered with this local expertise, IIN and other women activists for climate justice are building a strategy to advocate before their local and national governments, and to influence global climate policy at the United Nations. 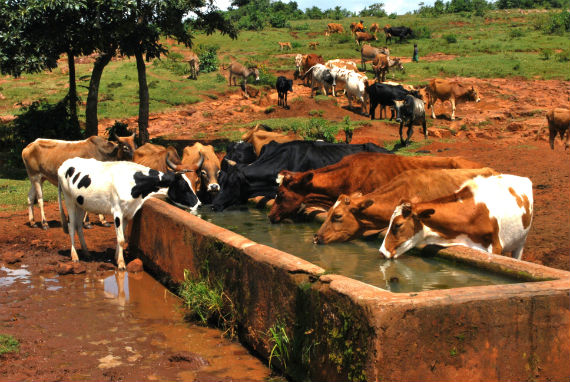 Local women organized the installation of separate drinking sources for livestock and for people. This has led to a significant decrease in cases of scabies, cholera and other waterborne diseases. © Gichuru Mugira

There is a core concept that policymakers worldwide cannot forget, at the risk of jeopardizing the entire SDG project: achieving SDG 5 on gender equality and empowering women is a prerequisite to attaining the entire list of goals. The world needs all women and girls to be empowered so that we can bring all of our expertise and resourcefulness to the most pressing crises we face.

Remember Eunice's story. In less than half a day, she took concrete steps to "ensure healthy lives" (SDG 3) and to "ensure access to affordable, reliable, sustainable and modern energy for all" (SDG 7). She "fostered innovation," namely "domestic technology development" (SDG 9). She helped to "make cities and human settlements inclusive, safe, resilient and sustainable" (SDG 11). She worked to "ensure sustainable consumption and production patterns" (SDG 12). And by reducing the need for firewood in her community, she combated deforestation, a measure of "urgent action to combat climate change and its impacts" (SDG 13).

The key to achieving the SDGs lies in supporting the capacities of women like Eunice. That's good news. It means that the key to the world we need is within our reach.