Rush Limbaugh said Monday that President Obama has "switched from Messiah to demon."

The radio host said the president looked "demonic" in photos that were taken over the weekend and that appeared on the Drudge Report Monday.

"These pictures, they look demonic," Limbaugh said of the Obama photos. "And I don't say this lightly. There are a couple pictures, and the eyes, I'm not saying anything here, but just look. It is strange that these pictures would be released....It's very, very, very strange. An American president has never had facial expressions like this. At least we've never seen photos of an American president with facial expressions like this." 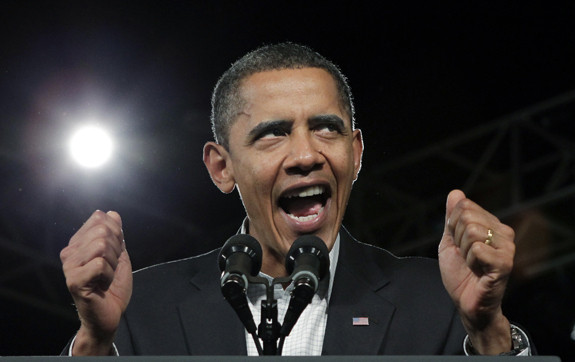