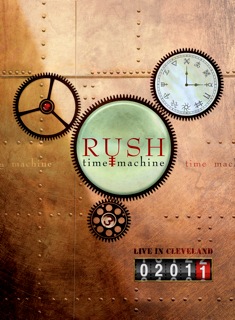 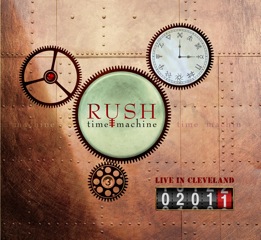 Legendary rock band Rush has announced details for various releases from their wildly successful Time Machine Tour. On November 8, Rush will simultaneously release TIME MACHINE 2011: LIVE IN CLEVELAND's full concert on Blu-Ray/DVD complete with bonus material. The audio companion is on a 2-CD set, and MOVING PICTURES: LIVE 2011 will be on vinyl and in digital formats, all via Roadrunner Records. These audio releases mark the band's first offerings through their recently announced partnership with the label. Captured in April at Cleveland's Quicken Loans Arena during the renowned trio's extensive Time Machine World Tour, TIME MACHINE 2011: LIVE IN CLEVELAND marks the band's first live album recorded at a show in the United States, and it's a deliberate nod of gratitude to the first city to support Rush on its radio airwaves. The wildly popular tour featured a set filled with classic hits, fan favorites, and a glimpse into Rush's forthcoming 20th studio album Clockwork Angels due out in Spring 2012. As a centerpiece for the concerts, the band performed their landmark album Moving Pictures live in its entirety--a first in the band's long and illustrious career. Rave reviews of the tour included The Hollywood Reporter's declaration that "the current Time Machine jaunt is nothing less than a must see...for nearly three hours, with intermission, Rush proved why it remains among rock's elite live acts." 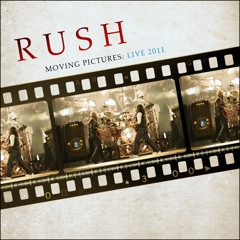 Originally released in 1981, this year marks the 30th anniversary of Moving Pictures, which features some of Geddy Lee, Alex Lifeson and Neal Peart's most well-known songs like "Tom Sawyer," "Limelight," and "YYZ." In addition to the 26-song concert set, TIME MACHINE 2011: LIVE IN CLEVELAND will include the band's notorious concept tour videos The "Real" History of Rush Episode No. 2 "Don't Be Rash" and The "Real" History of Rush Episode No. 17 "...and Rock and Roll is my name." The bonus material features outtakes from the short films, an alternate film version video for "Tom Sawyer," and two rare pieces of Rush live footage from the '70's vault: "Need Some Love" from Laura Second Secondary School with original drummer John Rutsey, and "Anthem" from Passaic New Jersey.

Anthem, Rush and Rounder Records have again selected D&E Entertainment (www.DandEentertainment.com), who theatrically distributed the documentary Rush: Beyond The Lighted Stage, to bring TIME MACHINE... to the big screen and movie theaters across the U.S. starting October 26. D&E will be working with Eagle Vision to bring TIME MACHINE to theatres across the UK and other territories as well. Info on all screenings will be available at
www.RushTimeMachinePremiere.com. The big screen HD digital cinema presentation will give fans the best seat in the house and transport them from the theater to the front row of the concert. VH1 will be airing a 2-hour concert culled from the footage as part of their annual Rushashana program on September 29. 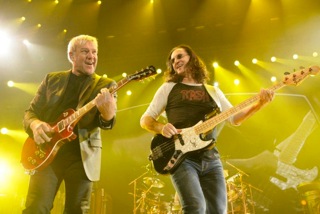 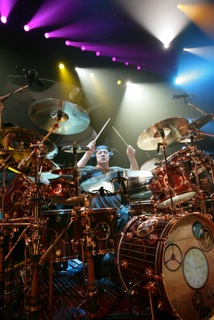 Set One: The "Real" History of Rush Episode No. 2 "Don't Be Rash"
The Spirit of Radio
Time Stand Still
Presto
Stick It Out
Workin' Them Angels
Leave That Thing Alone
Faithless
BU2B
Free Will
Marathon
Subdivisions