Russell Brand is the subject of an upcoming documentary for BBC Three, entitled "Russell Brand: From Addiction to Recovery." In the tell-all special, Brand reveals that he feels jealous of his old self when watching footage of him taking heroin.

According to The Sun, the shocking footage -- of Brand smoking smack in his 20s -- will be featured in the BBC film, which depicts Brand’s highs and lows as he recalls his drug-addicted past.

"This is when you know it's a disease. It doesn't matter that I was sat in that flat in Hackney and now I'm in the Savoy. I'm jealous of me then," he tells his friend Martino Sclavi as he watches the homemade video at the London’s Savoy Hotel. "It doesn't make a difference to me. The money, the fame, the power, the sex, the women - none of it. I'd rather be a drug addict."

In April, the comedian and actor testified before a parliamentary committee reviewing U.K. drug policy to call for more "compassionate" action toward drug addicts.

"By regarding addiction as an illness, by offering treatment instead of a more punitive approach, we can prevent people from committing crimes," Brand told members of Parliament, before opening up about his own struggles with heroin addiction. "Personally, I was a criminal when I was a drug addict by virtue of my addiction and the ways that I had to acquire money to get drugs."

According to The Guardian, Brand testified to advocate for treating drug addiction as a health and social welfare issue rather than as a criminal one. Despite cracking a few jokes, Brand was serious in his plea. "I think there needs to be love and compassion for everybody involved," said Brand. "If people are committing criminal behavior, then it needs to be dealt with legally, but you need to offer them treatment."

Brand has been open about his battle to overcome drug addiction in the past and has said society needs to change the way it views addicts. After the death of singer Amy Winehouse in July, Brand wrote a passionate blog post on his website to not only honor his late friend but also to advocate for treatment, claiming that drug addiction should be treated like a potentially fatal illness.

"Addiction is a serious disease; it will end with jail, mental institutions or death," he wrote. "All we can do is adapt the way we view [addiction], not as a crime or a romantic affectation but as a disease that will kill."

Brand, who has been sober for nearly a decade, attends AA meetings three times a week in order to keep his addiction in check.

"To me, the gravity is heroin, and then death. You know, to sleep," he told Details magazine last May, "that incremental suicide of turning your life into a dream, to make being awake as similar to sleep as possible. Drowsily, lazily, dry-mouth your way through the day's ceremonies, fumble your way back into the dew-bather you never really left, draped in brown, brown now all around, the haze!"

PHOTO GALLERY
Celebrities Who Went To Rehab
Download
Calling all HuffPost superfans!
Sign up for membership to become a founding member and help shape HuffPost's next chapter
Join HuffPost

Russell Brand Documentary: Actor Smokes Heroin In Shocking Scene From 'From Addiction To Recovery'
Celebrities Who Went To Rehab 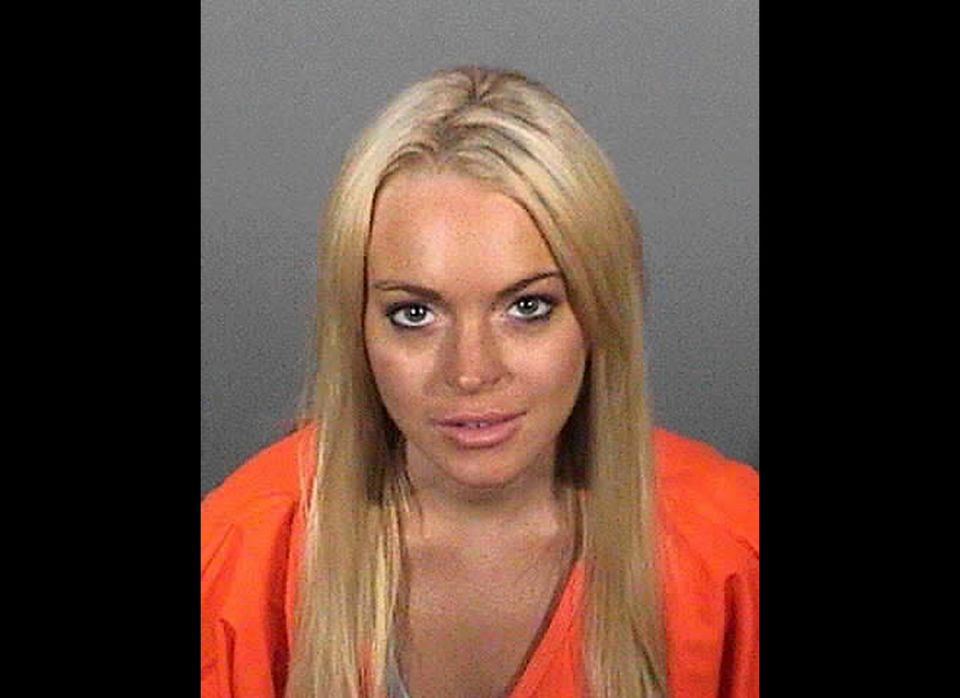 1 / 10
Lindsay Lohan
Okay, maybe there is some order. Lindsay started crossing the line from a girl who was clearly acting out for the camera (not wearing underwear etc.) to someone who clearly needed help (cue famous photo of her passed out in a hoodie). Sad to say, despite innumerable stints in various facilities she still at the top of the list of celebrities most likely to end up back in rehab. Let's hope she finds one that sticks.
Getty