In case you missed it, Andre Leon Talley and Russell Simmons are engulfed in a fashion-fueled feud.

It all started when ALT told The Grio that Russell Simmons had no business sitting amongst the fashion elite during New York Fashion Week.

“I don’t think Russell Simmons should be seated on anybody’s front row this week after having done that disgusting Harriet Tubman sex tape," André said. "He is a man of great achievement. He is a great philanthropist -- why would he think it would be an honorable thing to do? He said he thought it was funny. That is not funny, it is outrageously disrespectful to the legacy and history of Harriet Tubman and to the struggle.”

We weren't fans of the Harriett Tubman video either, and Russell did apologize for the distasteful tape, but does he deserve to be Fashion Week-shamed for the snafu? The 55-year-old mogul doesn't seem to think so and he launched a Twitter rant directed at André to prove it.

Im really sincerely sorry @andreleontally. Fyi ive done more for blacks in fashion and gay rights then you, can i get a break/ seat ?

That line about "doing more for blacks in fashion and gay rights then you" has got to sting, especially considering André's lofty position within the fashion industry and support for gay-rights (despite his refusal to be labeled "gay").

Russell must be referring to his own foothold in the urban fashion marketplace, having launched Phat Farm, Baby Phat and Argyleculture over his career. And as for gay rights? The Def Jam co-founder has been extremely vocal when it comes to marriage equality for the gay community.

Looks like Russell might have a few strong points to put ALT in his place. We'll just have to wait and see if the larger-than-life fashionisto fires back.

Here's a look at all the celebrities that were perched front row at Fashion Week, including Russell Simmons! 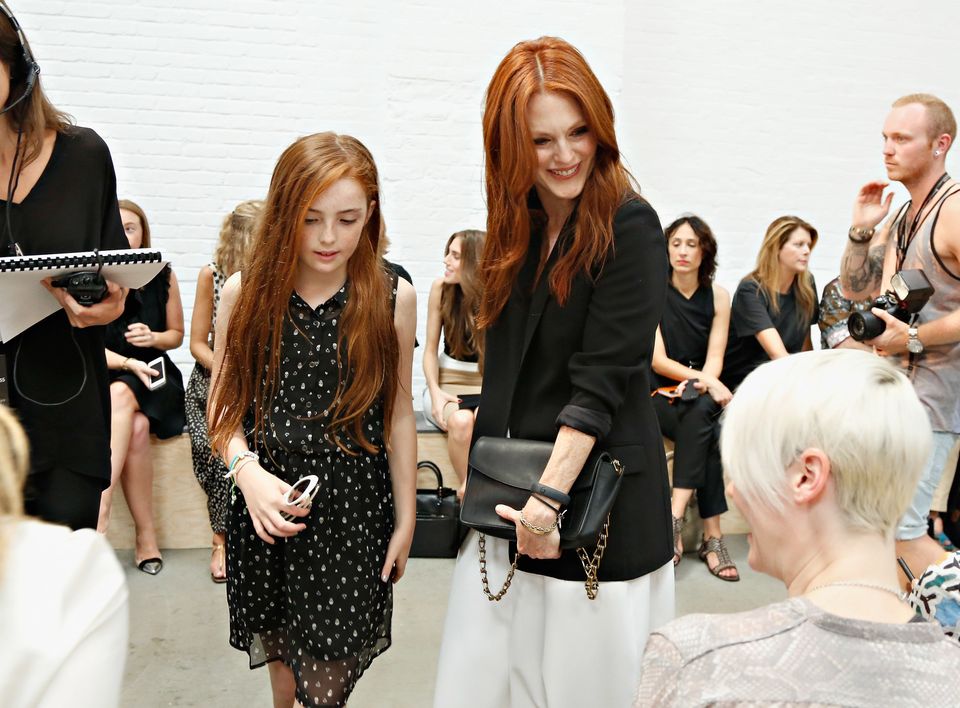