Russell Westbrook tied the knot with college sweetheart Nina Earl on Saturday in Los Angeles. The couple met while both were playing basketball at UCLA, bringing a plot point from the 2000 movie "Love & Basketball" to life.

Real life and genuine love, however, can't be scripted.

Westbrook, known for his loud fashion statements, kept his outfit classy on his wedding day. A Tom Ford tuxedo complemented Nina's, who took her new husband's last name, Vera Wang dress as they walked down the aisle at the Beverley Hills Hotel, according to People magazine.

Aside from the lovely couple, the wedding's photo booth was the biggest hit of the day. Westbrook and his new bride shared a few photo booth shots on Instagram on Sunday.

There was plenty of NBA star power in attendance too. Former UCLA teammate Kevin Love showed up, along with Oklahoma City Thunder teammates past and present. According to People, Kevin Durant, Serge Ibaka and James Harden, who brought Khloe Kardashian as his guest, were at the wedding, the magazine said.

She also snagged a lovely photo with Love.

Ibaka and his date Keri Hilson posted their serious and silly photo booth pictures, too.

PHOTO GALLERY
Real Weddings of the Week -- 8/31/15
Download
Calling all HuffPost superfans!
Sign up for membership to become a founding member and help shape HuffPost's next chapter
Join HuffPost 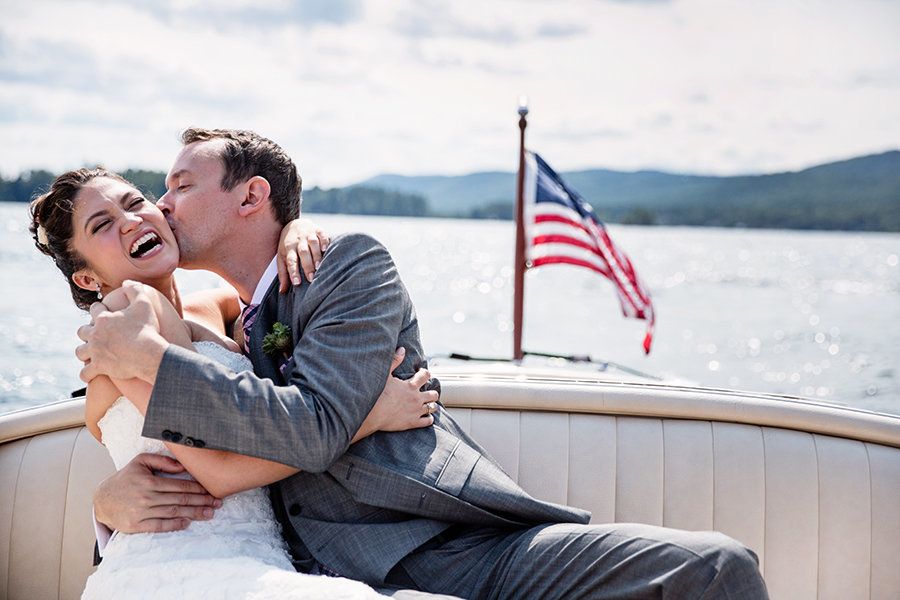