Did the Cold War even end?

Moscow and Beijing, deeply resentful of American power, are again finding ideological common cause, jointly aiming at two pillars of the post-Cold War dispensation: a borderless Internet and international civil society. They are doing so on the declared basis of national sovereignty.

Modern nationalism has proved much sturdier than Communist internationalism; besides, the jaded, if not cynical, Sino-Russian approach to globalization has more than an echo of resurgent nationalism in the West itself, not least with regard to the Internet. If this is not quite a Cold War, it is hard to see how such trends can lead, in any way, to peace or to prosperity.

The primary effort is keeping Chinese and Russian citizens away from foreign funding, foreign ideas and foreign journalism.

Last Wednesday, the first China-Russia forum on Internet sovereignty took place in Moscow under the auspices of Russia's government-endorsed Safe Internet League. The next day, China's legislature passed a law mandating tight management by security organs of international non-governmental organizations. The timing of the events was coincidental but the ideological ties between them were not.

Russia has long advocated national control of international NGOs. For post-Soviet Russians, the notion that international NGOs could be, in effect, agents of destabilization should probably be dated to the late 1990s and the opposition to Serbian president Slobodan Milosevic. NGOs played an especially prominent role in the overthrow of Milosevic, a Russian ally.

There was even a theory loosely adopted by some of them: "nonviolent action," as pioneered by Mahatma Gandhi, refracted through the mind of an American, Gene Sharp, and advocated by, among others, Sharp's student Peter Ackerman. (Sharp had been to Tiananmen Square in 1989 and co-wrote an account of the last days of the protest there.)

But with or without a theory, the U.S. did indeed see international and many domestic NGOs as advancing its own goals of democratization of authoritarian regimes, free speech and market economics. NGOs might also help the U.S. in the not-so-soft power politics of nation building. In late October 2001, as the U.S. and its allies were ousting Al Qaeda and the Taliban from Afghanistan, Secretary of State Colin Powell said to a conference of NGO leaders, "I have made it clear to my staff here and to all of our ambassadors around the world that I am serious about making sure we have the best relationship with the NGOs who are such a force multiplier for us, such an important part of our combat team." 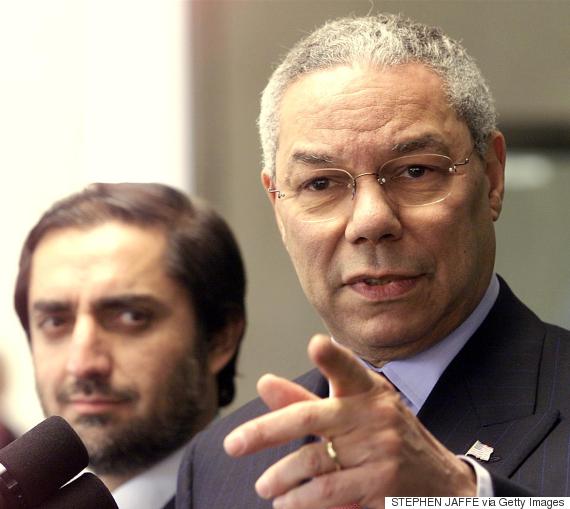 It now seems remote in time, but in the late 1990s and early 2000s, at a moment of nearly uncontested American power, a U.S.-led international community of sorts did exist, building its legitimacy on several perceived successes -- notably the ouster of Saddam Hussein from Kuwait in the first Persian Gulf war and the diplomatic and military humbling of Serbia. International civil society, in the shape of NGOs, was considered part of this community.

From the official Russian point of view this was mostly a disaster: an endless reliving of the loss of its Soviet-era satellites. The color revolutions that began in 2003 ("rose," in Georgia, followed by "orange" in Ukraine and "tulip" in Kyrgyzstan) brought the nonviolent-NGO revolutionary model to Russia's borders and inspired government opponents inside Russia as well. President Vladimir Putin set himself firmly against NGOs, pushing through a 2006 law regulating them. When he returned for his second presidency in 2012, he signed a far more restrictive law, using the Cold War language of preventing the machinations of "foreign agents."

'The Color Revolutions were a reminder not to let saboteurs into the house.'

Russian initiatives against NGOs inspired smaller countries. Russia's fear of color revolutions was also shared in China, which began to extend official regulation of NGOs in 2005. Similarly, China increased its control of the foreign and independent press that same year, something Putin had mostly achieved by 2004. By the end of 2005, China had decided not to allow foreign newspapers to print their editions in China, a decision the head of the General Administration of Press and Publication explained thus: "When I think of the 'Color Revolutions,' I feel afraid ... The Color Revolutions were a reminder not to let saboteurs into the house."

The Internet was but a small part of this geopolitical concatenation. In 2004, only about 8 percent of Russians had Internet access. Even those who could reach the Internet might not see much. Social media was in its infancy. Google didn't establish its search engine service in China until 2005.

Nonetheless, by August 2005, as Jeanne Wilson, a professor of Russian studies at Wheaton College, has written, China had "tighten[ed] restrictions on Internet services, including online news stories, bulletin board systems and message systems sending news to individual cell phones." 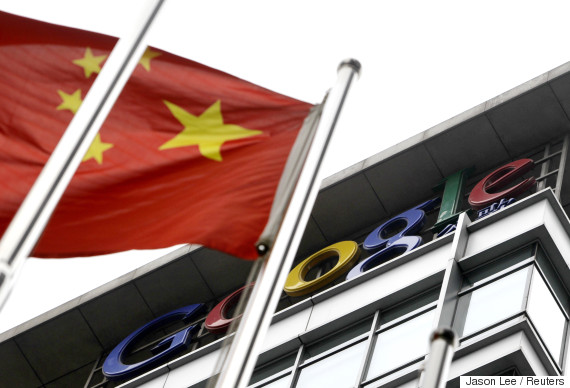 China's flag in front of the former headquarters of Google in Beijing on July 1, 2010. (REUTERS/Jason Lee)

Google search finally left China in 2010. In terms of Internet censorship, Russia lagged behind China; it was only in the spring of 2012 as Putin began his second presidency that the first official blacklist of forbidden websites was drawn up. By that year 53 percent of Russians had Internet access.

The key point is that Internet restrictions in Russia and China were secondary to the primary effort of keeping Chinese and Russian citizens away from foreign funding, foreign ideas and foreign journalism -- these were seen as inspiring serious threats to the social order. This was all before Edward Snowden's revelations about American and British uses of the Internet for espionage. In Russia and China, the Internet story is very much subordinate to the political story.

At the Moscow meeting last week, Lu Wei, the head of the Chinese delegation and the Communist Party's Internet security chief, said, "Now our countries are faced with an aggressive media propaganda. Therefore, we should pay serious attention to verification and filtering incoming information."

Fang Binxing, generally credited as the architect of the Great Firewall (sometimes more warmly called the Golden Shield), argued in his own remarks -- judging from the live tweets by Andrei Soldatov, a Russian Internet dissident and coauthor of The Red Web -- that American hosting companies currently control the Internet and those companies are in turn controlled by the U.S. government. The argument was that the U.S. is sovereign over today's Internet and the only real question is whether sovereignty will be shared. 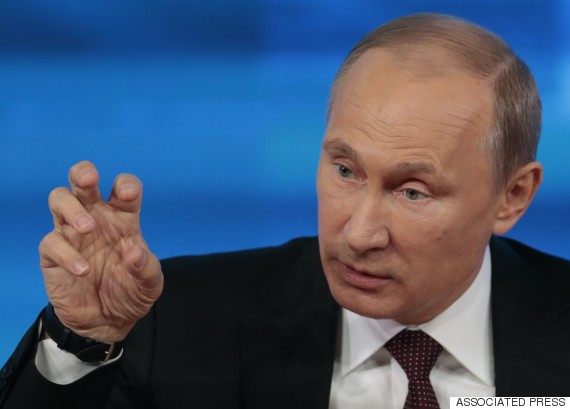 Russian participants echoed these concerns and the conference concluded with a resolution to pursue further research and coordination between the two countries to advance toward the goal, articulated many times now by Chinese President Xi Jinping, of establishing the separate sovereignty of each nation in cyberspace.

Two weeks prior to the Moscow conference, Alexander Bastrykin, a longtime Putin associate and head of the Investigative Committee, a special bureau in the federal prosecutorial office, published a lengthy article in which he gave his view of the history of U.S.-led information war, from its role in fueling ethnic conflicts that brought about the end of the Soviet Union to its spurring of ethnic conflicts among former Soviet satellites from Ukraine to Georgia to Armenia, up to the present day. He urged Russia to follow the Chinese example, which he described as one of complete national control of electronic media and the elimination of foreign influence from the national information space.

Sino-Russian cooperation will result in a shared isolation of both countries' citizens from international civil society.

Online, Russian Internet dissidents are, as ever, defiant. Soldatov mocked Bastrykin on Twitter for his uneven awareness of existing policies. (Bastrykin advocated Internet filtering by public institutions like libraries, which is already well-established.) Dissidents held out hope for continued passive resistance by major Internet companies to the Kremlin's insistence on "data localization" -- locating Russians' Internet lives on servers on Russian territory. The big companies have, so far, honored only a small proportion of Russia's rapidly expanding requests for takedowns of controversial material. More and more Russians have been using anonymous Internet services like Tor (originally a U.S. Navy project).

But how strong are these saviors? Tor is hard to use and if the number of Russians using it has grown tenfold, they are still a tiny fraction of Internet users. The major Silicon Valley companies are holding out against data localization in Russia as elsewhere, but Mark Zuckerberg was still jogging in Beijing the other day to display his enthusiasm for the Chinese market, which remains closed to Facebook despite its strenuous efforts at ingratiation. When Google left China in 2010 it had over 30 percent of the national search market. Now it has something like 1 percent, while local companies like Baidu, which have Communist Party representatives posted in their offices to ensure compliance with central directives, have captured market share. Even idealistic publicly owned companies can only be counted on for so much. 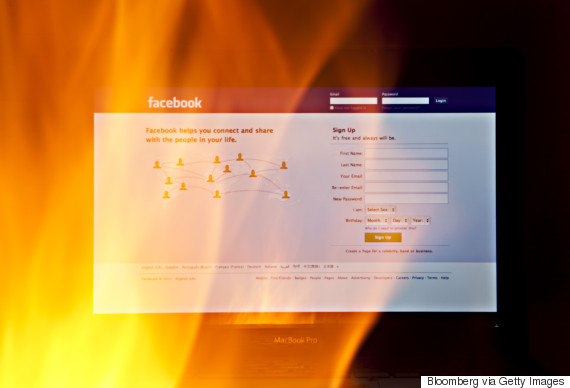 The Facebook website is seen through fire in this photo arranged in Beijing, China, on Thursday, Feb. 17, 2011. (Nelson Ching/Bloomberg via Getty Images)

Besides, the U.S is not exactly militant about keeping the Internet free from all national agendas. The U.S. Federal Bureau of Investigation and the Pentagon continue to insist that Silicon Valley's global companies have a first loyalty to American interests, whether in opening their systems to law enforcement or devoting their talents to developing new weapons -- and not sharing technology with competing states. Willy-nilly, bewitched by security interests in the absence of a broader agenda for Internet freedom, Washington distractedly confirms what its rivals charge, that the Internet is a tool of American power.

What primarily brings China and Russia together is opposition to that power. Russia and China have been making common cause against American hegemony since the 1990s. Their proclamation of a strategic partnership in 1996 was followed by the landmark Treaty for Good Neighborliness, Friendship and Cooperation of 2001, an action plan for its implementation in 2008, and the declaration of a "comprehensive strategic and cooperative partnership" in 2011. Xi Jinping made his first foreign trip as president to Russia in 2013 and he and Putin have met more than a dozen times since.

Sino-Russian cooperation will result in a shared isolation of both countries' citizens from international civil society.

Yet if the relationship is strong it still lacks substance. Opposition to American power is not a rich agenda. The term both countries have used for decades is "multipolarity." But again, this is in opposition to U.S. unipolarity and when it has suited Russia or China to challenge the "polarity" of, say, Ukraine or Vietnam, they have done so. Some poles are more equal than others.

If the past 20 years are a guide, Sino-Russian cooperation will result in a shared isolation of both countries' citizens from international civil society, international media and the Internet. The Safe Internet League, like its Chinese guests, presented the Sino-Russian initiative as motivated by a desire to protect against extremism, pornography, drug sales and the like. But the essence of it was two major nations getting together to compare notes on how to build walls.