MOSCOW (Reuters) - A Cold War-era bunker designed to save Soviet leaders from a nuclear attack will host a 24-hour party for Russians willing to pay $1,000 for a ticket to escape the apocalypse, which, according to New Age prophesies, could come on Friday.

Bunker No. 42, now a tourist attraction full of red alarm lights, is located 56 meters (184 feet) under ground in central Moscow, near the Kremlin, and can accommodate up to 300 people.

"Many people would feel much calmer if they could spend this critical day enjoying maximum comfort and safety," said Alexei Pavlovsky, a tour guide at the bunker, adding there was strong interest in the party which will start at midnight on December 20.

Pavlovsky said the idea of holding a party at the bunker, which has served as a museum since 2006, came from visitors keen to mark the end of an era in the Maya Long Count calendar due at sunrise on December 21 - an event interpreted by some groups as the end of days.

"We don't have control over things such as the end of the world. But we are ready for pretty much everything," he said.

"There'll be a children's room with cartoons, for adults there'll be movies, talks dedicated to the end of the world and tours of the museum. There'll be live broadcasts from other bunkers in other countries."

Upon entering the bunker, built in 1956, visitors will be whisked 18 floors down in an elevator to a warren of rooms where loudspeakers blast out the old Cold war warning: "Attention! Attention! The enemy has carried out a nuclear attack!"

"The bunker is rather big, but everything here is arranged in a way that makes people feel safe. This is a comfortable, cozy place to spend not just a day, but a whole war and even the end of the world," said Anna, a student visiting the bunker on Wednesday.

Other resorts across the world are offering refuge for those fearing the doomsday predictions.

A hotel on the slopes of Mount Rtanj in Serbia is selling itself as the best place to survive the apocalypse, basing its promise on the mystical powers that locals say have flooded the area since the mountain swallowed a castle belonging to a well-to-do sorcerer, trapping him inside [ID:nL5E8NJ96S].

Religion and Beliefs Reuters End of the World 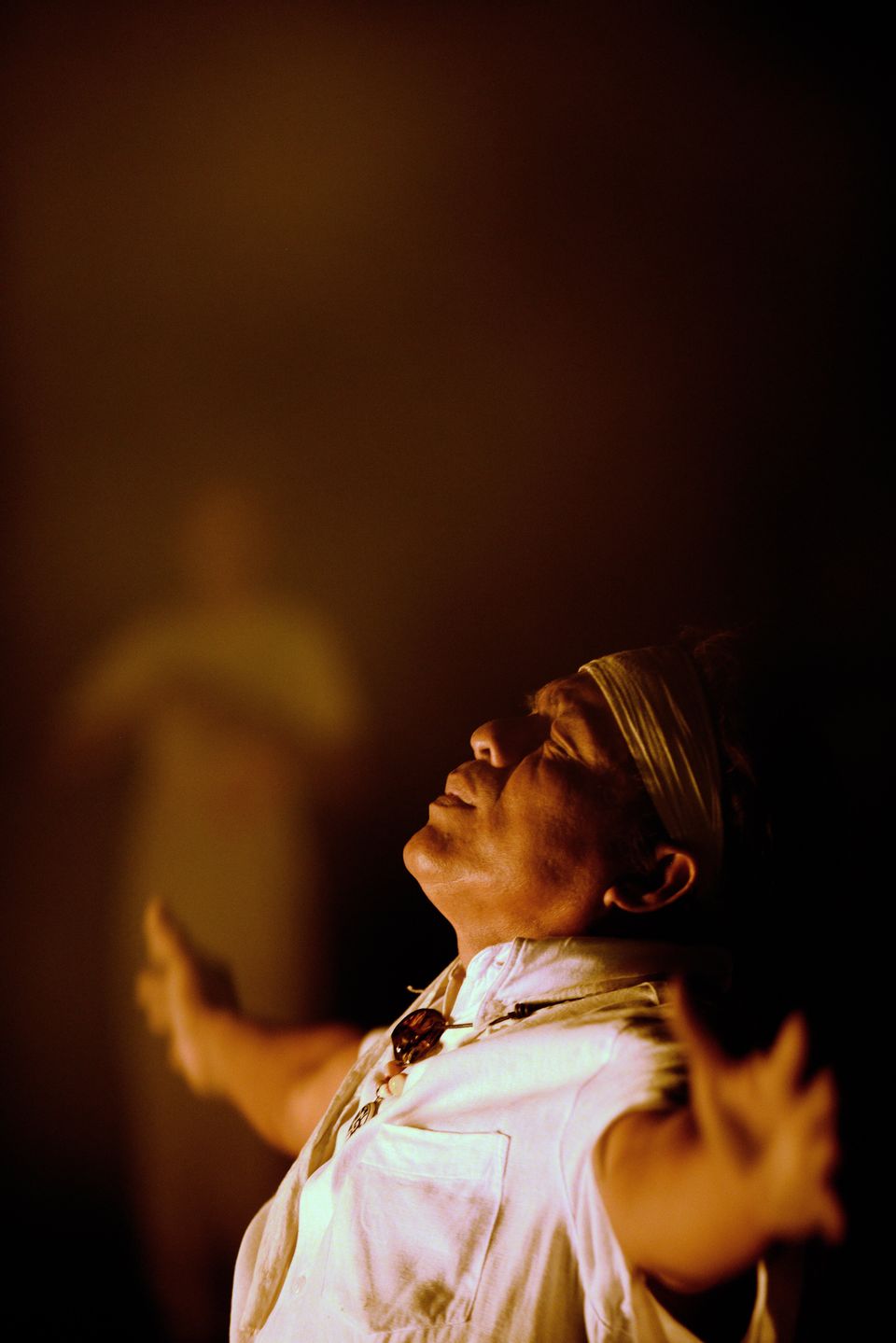 1 / 21
Mexico
People take part in a Mayan ritual during the ancient Chickaban feast to honor the feathered serpent Quetzalcoatl and the storm god Kukulcan, in the site were it was placed the circular temple, at the Xoclan Archaeo-ecological Park in Merida, Yucatan, Mexico the night of November 19, 2012. (Luis PEREZ/AFP/Getty Images)
Getty Images