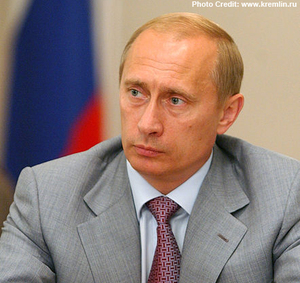 This week [March 3-5], the world's technorati will gather in San Francisco at RightsCon, the annual conference focused on the intersection of human rights and technology. Much of the attention will be on reverberations from Edward Snowden's revelations, and understandably so. But participants should not lose focus on a larger threat -- one that could kill internet freedom faster than you can say NSA -- if Russia and its allies succeed in their plan to replace the open internet with state-controlled intranets.

RightsCon participants, then, should take note of another world event Putin wants to host in Sochi. The proposed second World Summit on Information Society (WSIS) in 2015 would grapple with some of the most complex issues related to the internet, including how it operates, the structure of its virtual economy and who manages its content.

Over the coming year, the United Nations will sponsor more than a half dozen meetings to prepare for the long-term WSIS agenda. If advocates of human rights and democracy online fail to pay close attention, Russia and other internet-regulation supporters such as China, Iran, and Saudi Arabia will use the meetings to transfer control of the internet from apolitical technical agencies to the International Telecommunication Union (ITU), a Geneva-based UN body. The ITU has served an important, useful function in regulating telegraph, radio, TV, satellites, and other communication technologies. But it is the wrong body to govern the internet.

If the states in favor of giving the ITU "jurisdiction over the internet's operations and content" succeed in imposing geographic rules on the borderless internet, the change would quickly stifle innovation and the free exchange of ideas that have driven cyberspace's growth and influence. These 89 states -- 67 of them rated either not free or partly free in Freedom House's 2014 Freedom in the World report -- would form "cyberfiefdoms" that constrain rather than connect the world.

Twenty years ago, the world faced narcostates. Ten years ago, it was terrorist states. If Russia and its allies have their way, we will have to confront a new, equally dangerous threat: "malware-states," which sponsor online censorship, punish digital dissent and take an unearned cut of the internet boon, all in the name of national security. Meanwhile, states that are hermetically sealed from outside influence would be unchecked in inflicting harm within.

The NSA revelations have badly hobbled the United States' ability to be a force for moral leadership in this debate. The disclosures, moreover, have caused a crisis of public trust in the internet itself, and the corporations and technical experts that currently run it. It is a convenient wedge for Russia to divide and conquer supporters of a truly open internet.

The United States and other states linked to the massive online data collection and surveillance programs should acknowledge and address these concerns. They also should work with tech companies to regain the international community's confidence in their commitment to human rights and democracy online. There is no other option.

The United States needs to find more effective ways to balance legitimate security concerns with the reality that the NSA's overreach has given carte blanche to those looking to shut down internet interoperability. As long as open societies like Germany and Brazil view the United States as the problem, U.S. efforts to oppose Russia's agenda will be far more complicated. The Obama Administration should articulate its commitment to an open internet and make clear that security needs will not lead to greater stovepiping and fragmentation.

It is not just the U.S. government that needs to play a role. The question facing human rights advocates, technology gurus, and business leaders is how they can come together to preserve the globally integrated and interoperable internet we have come to take for granted.

Government, business and citizens must likewise prioritize inclusion and consensus in the settings where the internet governance will be debated. The private sector, in particular, should step up its support for efforts to oppose state-centric control of the internet. Tech companies should unify around a proactive agenda -- for example, through the Global Network Initiative -- so that governments can stay out of the way. This includes helping boost civil society engagement.

If that doesn't happen, then Putin will win a prize larger than the medal count at the Sochi Olympics: disruption of the most effective tool ever developed to democratize information and deny governments the ability to control what their citizens know.