The crackdown coincided with the return of Vladimir Putin to the Kremlin and the appointment of his predecessor and protege, Dmitry Medvedev, as prime minister, according to the New York-based group.

"Since Putin's return ... not only has the tentative shift towards liberalization of the Medvedev era been totally reversed, but also authoritarianism in Russia has reached a level unknown in recent history," said Rachel Denber, deputy director of the group's Europe and Central Asia Division.

Speaking at a news conference in Moscow accompanying the publication of its annual report on human rights worldwide, Denber also criticized the government's stance toward the West.

Since Putin started a six-year term in May, he has signed laws restricting protests, demanding foreign-funded non-governmental organizations register as "foreign agents," and setting new rules on treason that critics say could place almost anyone who associates with foreigners at risk of prosecution.

Several opposition leaders and activists face potential prison terms if convicted on charges Putin's critics say are trumped up. The president's spokesman has denied the Kremlin uses courts and police to pressure critics.

"Pressure and reprisals against activists and non-governmental organizations need to stop."

"This has been the worst year for human rights in Russia in recent history," he said of 2012. The statement said the Kremlin "unleashed the worst political crackdown" since the breakup of the Soviet Union in 1991.

On Thursday evening, Moscow police dispersed protesters and detained about 30 activists who tried to demonstrate for the right to free assembly, which they say is routinely violated by the government.

Russian Foreign Ministry spokesman Alexander Lukashevich said he had not read the report but that Russia would probably comment later and "show that the human rights situation in Russia is not the worst."

He said the Russian ministry's own annual reports have shown that "there are serious systemic problems in the sphere of human rights in the United States and many European Union countries."

"Before you criticize others, you should look at yourself," Lukashevich said at a weekly briefing.

The Human Rights Watch annual report also looked at developments in the Middle East and North Africa in the aftermath of the Arab Spring uprisings. It raised concerns about a possible return to non-democratic rule in some countries.

"The uncertainties of freedom are no reason to revert to the enforced predictability of authoritarian rule," said the group's director, Kenneth Roth. "The path ahead may be treacherous, but the alternative is to consign entire countries to a grim future of oppression."

The report criticized Egypt's new constitution, saying vague provisions on speech, religion, and the family had dangerous implications for women's rights and the exercise of social freedoms protected under international law.

The constitution also reflects a seeming abandonment of efforts to exercise civilian control over the military, it added.

Elsewhere in the region, it said, Libya has become a "weak state" and the situation in Syria, where over 60,000 people have been killed in a nearly 2-year-long civil war, has deteriorated. Human Rights Watch urged the U.N. Security Council to overcome its impasse and refer the Syrian conflict to the International Criminal Court to investigate possible war crimes. 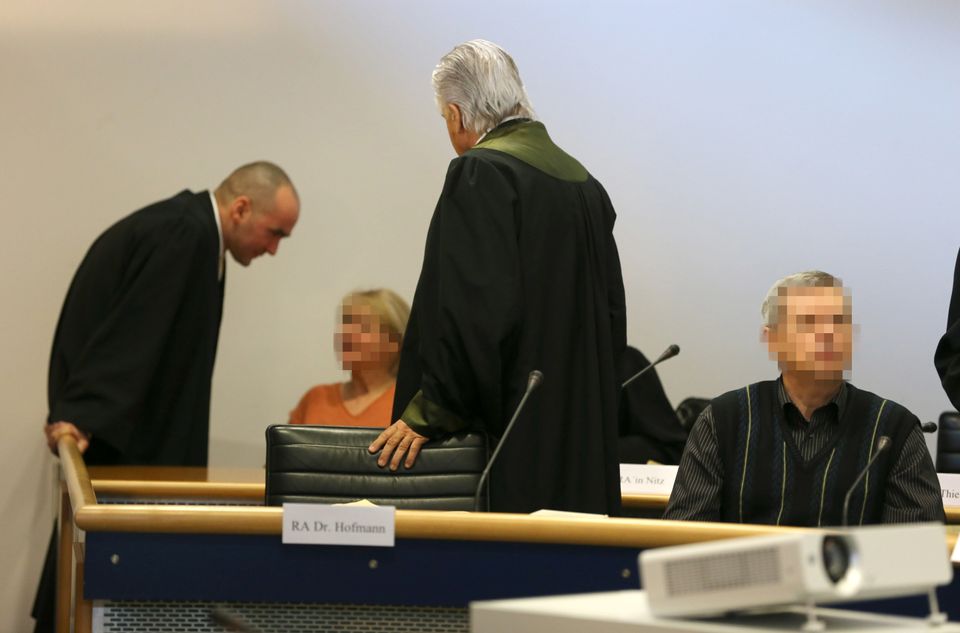 1 / 4
Accused Russian spies with the aliases Andreas (R) and Heidrun (L) Anschlag appear in court on the first day of their trial on January 15, 2013 in Stuttgart, Germany. (Photo by Thomas Niedermueller/Getty Images)
Getty Images