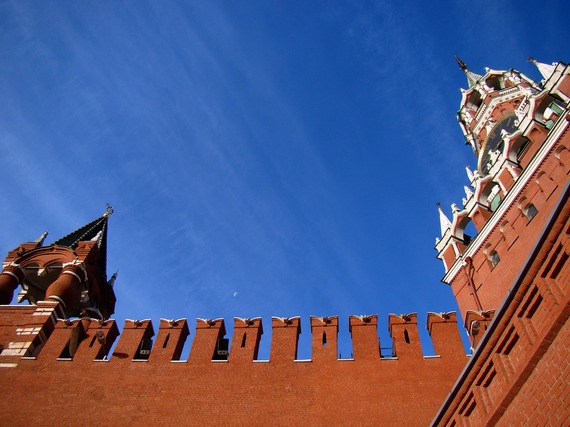 Everybody knows that Russia has mounted a wide-ranging disinformation campaign against the West, using propaganda vehicles such as the RT television network, the Sputnik news agency and cyber-trolls who attack the West on the Internet while promoting the Vladimir-Putin-loving Donald Trump.

The object is to sow doubts among those living in Europe, the United States and elsewhere about Western democracy, rule of law and other institutions.

And some in the West are taking the bait. Every day you see Westerners posting "articles" about alleged Western atrocities -- and when you check the source, it's RT, Sputnik or another Russian propaganda agency.

I don't know whether the posters are stupid enough to believe that these propaganda agencies are telling the truth, or whether they know they are posting Russian lies but are so fed up with their own societies' perceived shortcomings that they're posting the lies anyway.

But my guess is that some actually believe what they're posting -- and that is ironic, given that Russians' trust in their media has plummeted since the start of the Ukraine War and the country's economic travail.

Three polls this year have shown that Russians' trust in their own media -- the same media that is being used in the disinformation campaign against the West -- has fallen precipitously.

The latest poll this month indicates that a little more than a quarter of Russians -- 27 percent -- believe the news reports their media is giving them.

The Levada Center, a respected, non-government-linked organization, conducted the poll.

A survey that a government-connected pollster conducted in October of this year also showed a decline in Russians' trust in their media, although its figures were rosier than the Levada figures.

The Public Opinion organization's poll found that 49 percent of Russians trust their media, down from 59 percent in 2015.

The poll results were significant, even though the figures painted a much brighter picture than the Levada figures, because they showed that more Russians distrusted their media than trusted it.

A Levada Center poll in February of this year showed a similar drop in trust in the media.

It dealt specifically with television, from which eight out of 10 Russians get their news, rather than media over-all.

It showed that 41 percent of Russians trusted television news -- about half the 79 percent recorded in 2008.

A key reason for the flagging trust was Russians' belief that the news media has been lying about the dismal state of the economy.

Forty-six percent of the population believes the economy is worse than what the media is portraying, according to the Public Opinion survey.

Russia's economy has been reeling since late 2014 from a drop in the global oil price, Western sanctions over Moscow's seizure of Crimea and aid to eastern Ukrainian separatists, and a plunge in the value of the ruble.

In a particularly gloomy sign, the Public Opinion poll indicated that 70 percent of Russians avoid reading about the economy these days, versus 58 percent in 2015.

If you think Russians have become cynical about their economy, what about those living in other countries in the region, such as Armenia, which is one of the poorest countries in the former Soviet Union and whose corruption rivals Russia's.

Lev Gudkov, the director of the Levada Center, said in an analysis of the February 2016 poll about trust in television news that the first source of news for more and more Russians has become family, friends, co-workers and acquaintances rather than media.

He called it a "return to the forms of late-Soviet interpersonal informal communication."

Those were days when many Russians distrusted their controlled government media so much that they turned to Voice of America, Radio Free Europe and Radio Liberty to learn what was happening in the world.

Those caught listening to Western news outlets could be arrested, of course, but the hunger for truth outweighed the risk for many in the Soviet Union.

Russia and other countries in the region experienced a surge in freedom of expression after the Soviet Union collapsed.

But slowly and surely leaders of post-Soviet countries slapped the same restrictions on the press that Soviet leaders imposed.

As the clamps became tighter, and government news media's lies more pervasive, it was no wonder that the percentage of Russians who distrust the media grew.

The irony is that as Russia engages in a massive disinformation campaign outside its borders, it is unable to fool its own people.

That is a sign that bodes well for the prospects of democracy in the region some day.