VLADIVOSTOK, Russia -- Russia is a key strategic player in Northeast Asia, borders on North Korea, has long experience in dealing with various Pyongyang regimes and provides goods and services vital to the North's survival and well-being. The country could contribute significantly to international deliberations on how to restrain the North's nuclear weapons and ballistic missile programs. Yet two players -- the United States and China -- have more or less monopolized approaches to dealing with the North.

Quite obviously, such approaches haven't worked well. The North's threats to international security are gaining momentum and reach. By now, North Korea has amassed an estimated 10 to 20 nuclear weapons, and it could have as many as 100 by the end of the decade. South Korea and Japan may already be within the range of Pyongyang's nuclear-tipped ballistic missiles. In a few years North Korea may develop missiles that can strike Hawaii, Alaska and the continental United States. 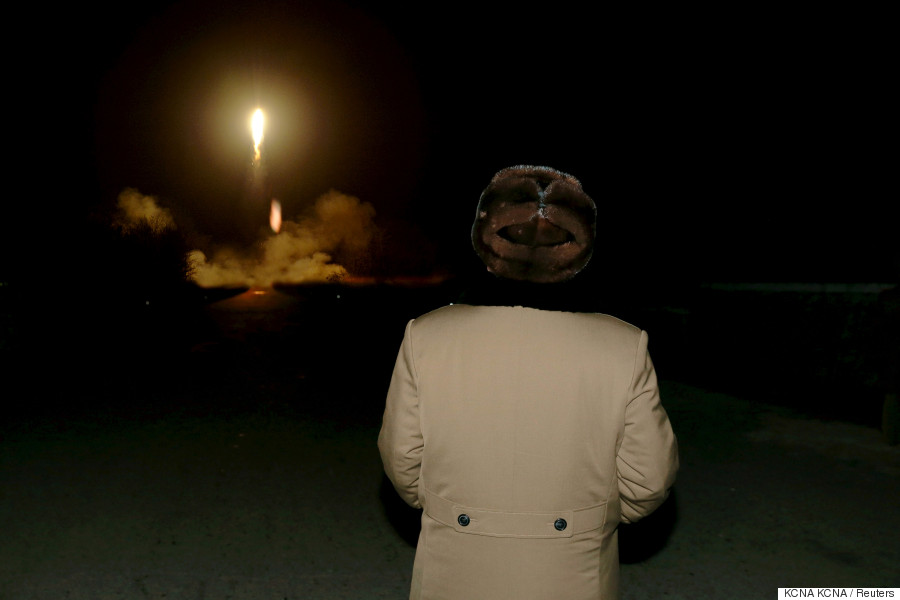 The conventional view is that Russia's influence over North Korea is mostly political, predicated on Russia's permanent membership in the U.N. Security Council. Often overlooked is the fact that Russia maintains a range of commercial and other links with the North. Taken together, they constitute quite a substantial leverage that Moscow can exercise over Pyongyang. Arguably, among North Korea's neighbors Russia now ranks second, after China, in terms of its potential ability to cause intense economic pain to the North Korean regime. This became especially true in recent years after Japan and South Korea severed virtually all economic contacts with the North.

Right now, Moscow-Pyongyang ties are in retreat. Russia supported the U.N. Security Council Resolution 2270, scaling back an economic relationship and high-level political contacts which had reached a high point during 2014 and 2015. Nevertheless, important points of contact and leverage remain. Russia's annual trade with the North is a mere 100 million dollars, dwarfed by China's 7 billion dollars. However, according to some estimates, about one-third of China's exports to North Korea is actually made up of Russian-originated products, mostly oil and fuel-related. Russia seems to be the world's biggest importer of North Korean contract labor, hosting some 20,000 North Korean ''guest workers.'' Sending labor abroad is an important source of hard currency for the North Korean regime.

Russian cooperation is essential for the North's ability to communicate with the world.

Prior to the latest U.N. sanctions, Russia was one of the few countries whose financial institutions carried out regular transactions with North Korea. Tellingly, in 2007 a bank in the Russian Far East became the only financial institution in the world that agreed to perform a delicate mission of mediating the transfer to North Korea of around 25 million dollars of the Kim regime's assets that had been previously frozen in Macao-based Banco Delta Asia by U.S. Treasury sanctions.

Though largely ruptured under the impact of sanctions, these relations could be quickly reestablished if the sanctions are eased or lifted. In the meantime, various gray area or informal transactions involving North Korean businesses inside Russia continue to provide a vital financial link to the North. 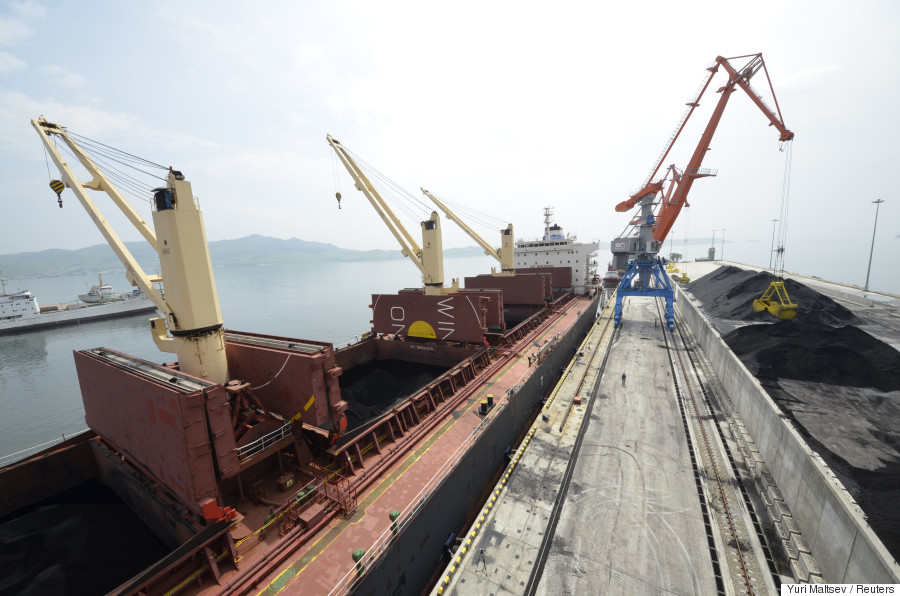 This North Korea dock was jointly built with Russia after the completion of a railway link to North Korea. (REUTERS/Yuri Maltsev)

Russian cooperation is essential for the North's ability to communicate with the world. With the exception of China, Russia is the only country that maintains overland transportation communications with North Korea, with the traffic going through a railway bridge across the Tumen River. Aside from China, Russia is also the only country maintaining regular permanent scheduled air service to Pyongyang. North Korean national flag carrier Air Koryo's fleet entirely consists of Russian-made aircraft. This means dependence on spare parts and maintenance services imported from Russia.

Given its favorable location, Russia could offer significant inducements to the North, notably in the form of Trans-Korea natural gas pipeline, railway and electricity projects linking the Russian Far East to South Korea and transiting via the North. Income from these projects would greatly boost the economic fortunes of the North, but of course Pyongyang would have to agree to major concessions in its weapons programs, at a minimum to freeze nuclear and missile testing.

Russia played a role in the successful negotiations over Iran's nuclear program. It can have an even more substantial part in resolving the North Korea conundrum.

Even though the North's nukes and missiles are not directly threatening Russia, being intended against the United States and its allies, Moscow has good reason to be increasingly concerned. As a guarantor of the global non-proliferation regime, Russia is firmly against the spread of nuclear weapons. Any proliferation would inevitably devalue Russia's own nuclear deterrent, which is of profound importance to Moscow's great power self-identity. Moscow also worries that Pyongyang's nuclear aspirations could result in an arms race or even war in Northeast Asia, a scenario extremely undesirable for Russia. As a more immediate concern, Vladivostok, the Russian Far East's biggest city, is just 200 miles from the North Korean nuclear test site.

As a member of P5+1 group, Russia played a generally helpful role in the successful negotiations over Iran's nuclear program. Given its leverage with Pyongyang, Moscow can have an even more substantial part in resolving the North Korea conundrum. Yet this comes with caveats. Russia's growing dependence on China, resulting from Moscow's estrangement from the West, could predispose the Kremlin to follow China's line on North Korea. If Beijing -- as many suspect -- is not inclined to cause real pain to Pyongyang, neither would Russia. A lot will depend on the state of Russia's relations with the United States. If they go from bad to worse, it will be difficult, if not outright impossible, for Moscow and Washington to collaborate on North Korea. 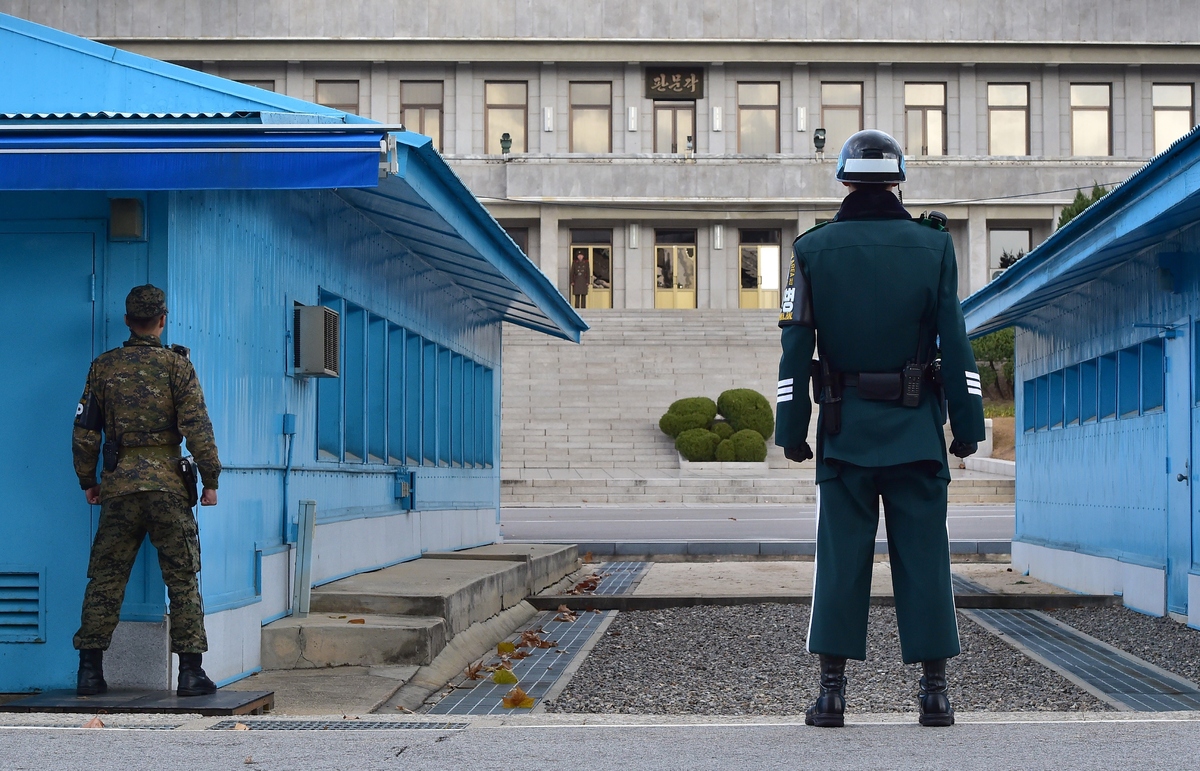 1 / 16
South Korean soldiers stand guard as a North Korean soldier (C back) is seen at the truce village of Panmunjom in the Demilitarized Zone dividing the two Koreas on November 12, 2014.
JUNG YEON-JE via Getty Images