Echoing the sentiments of its controversial anti-gay laws, Russian officials have reportedly rejected an application for a Pride House at the 2014 Olympic village in Sochi.

As The Advocate reports, Russia's rejection of the "Pride House" -- which was featured at London's Summer Olympics in 2012, despite some initial concerns over sponsorship -- has prompted a number of openly gay Olympic athletes to voice their concerns, prompting speculation that the country's controversial anti-gay legislation could overshadow the games themselves.

New Zealand speed skater Blake Skjellerup, who came out after the 2010 Vancouver Games and is a 2014 hopeful, is afraid of having to suppress himself. “I don’t want to have to tone myself down about who I am, he told USA Today. “That wasn’t very fun and there’s no way I’m going back in the closet. I just want to be myself and I hate to think that being myself would get me in trouble.”

On the flip side, one gay Olympic athlete who is known for his colorful performance style didn't seem worried at all. U.S. figure skater Johnny Weir, who tied the knot with Victor Voronov on New Year's Eve 2011, is nonchalant, advising other gay players not to do anything that causes attention. "My advice would be: Watch what you do when you leave the Village, don’t be aggressive, don’t wear a big rainbow flag fur coat. If you don’t call attention to yourself, attention won’t come to you,” he told USA Today.

Weir also spoke of his love for Russia, that not even anti-gay laws will change. “I’m a true patriot and spokesperson for their country," he told the publication. "It’s appalling they can censor their public, but I try to do everything that I can."

Voronov, who comes from a Russian family but was raised in Atlanta, has reportedly been supportive of his husband's return to competitive skating and 2014 Olympic goals. "He actually pushed me more than anyone else to return," Weir told HuffPost Gay Voices in 2012. "He's like, 'I want to see what you can do...I want to be proud, I want to cheer.'"

CORRECTION: An earlier version of this article claimed the Olympics Pride House had debuted in London. In fact, the 2010 Vancouver Games also featured a Pride House. 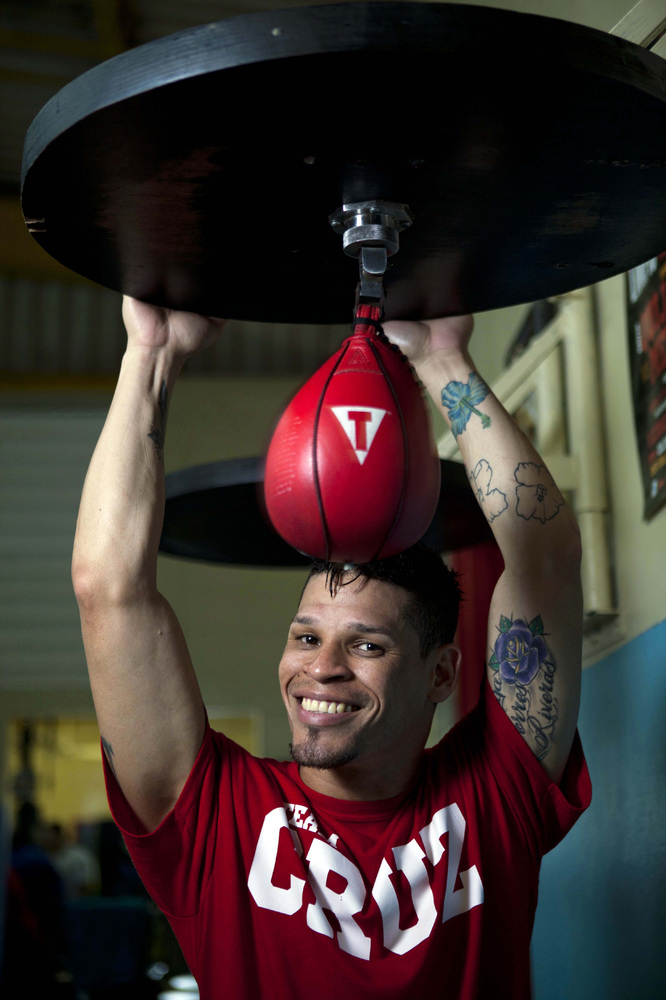 1 / 29
Orlando Cruz
History was made in October 2012 when active professional featherweight boxer <a href="https://www.huffpost.com/entry/orlando-cruz-comes-out-gay_n_1939204">Orlando Cruz of Puerto Rico came out</a>. He said in a USA Today article, "I've been fighting for more than 24 years and as I continue my ascendant career, I want to be true to myself. I want to try to be the best role model I can be for kids who might look into boxing as a sport and a professional career." He continued, "I have and will always be a proud Puerto Rican. I have always been and always will be a proud gay man."
AP