It's not easy being a Western diplomat dealing with Russia. First there's the cold, the poor pay and the long hours. Then there's the bugs, creepy happenings and monitoring you have to put up with in Moscow. But the worst problem is that your counterparts lie.

First in Ukraine and now in Syria, Russia's disinformation warfare is outplaying the West. U.S. and EU diplomats are confused about Russia's intentions right now in Syria and that is exactly what Russia wants them to be.

Of course politics, like normal life, is impossible to live without lies. But over the last two years, the Kremlin has gone much, much further. Russia has been chronically -- strategically -- lying in talks, public statements and negotiations to outplay the West.

Russia's information war began in Ukraine. Vladimir Putin denied, over and over, that the little green men in camouflage that popped up across Crimea were Russian forces. From the president down, officials systematically denied the operation was underway in talks with Western counterparts. Then Russia raised its tricolor over the peninsula. Admitting deception, Putin now is repeatedly boasting of hatching this operation and its execution.

The objective is to confuse the enemy, leaving him unable to react quickly.

Disinformation, designed to confuse and paralyze the judgment of Western officials, goes on. Russia at first denied its spies; commandos and armored brigades had carved out a pseudo-state in eastern Ukraine. This was a "people's uprising" and these were "volunteers," it insisted. European envoys, from the German chancellor to the lowliest ambassador, were unnerved and frustrated with the Kremlin's constant lies. German Chancellor Angela Merkel is known to have been particularly angered. Promises on withdrawals, presences and intentions were made and then broken in negotiations with Putin and Kremlin officials.

Now, Russia keeps trying to confuse Western officials over Syria. Moscow began planning a major offensive to shore up the Assad regime with Iran in spring, but as it did so humored U.S. officials that it was amenable to compromise. U.S. Secretary of State John Kerry even went to Moscow to talk possible cooperation. This "confuse them" pattern continues unabated. Russia called on the West to join it "in something similar to the anti-Hitler coalition" against ISIS, only to strike Western-backed rebels in Syria. Russia has also sent mixed messages about its weapons and bombing plans. 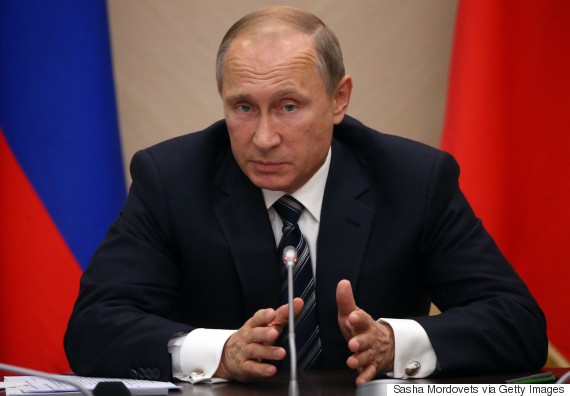 Putin during a weekly meeting with ministers of the Russian government after he received permission to launch airstrikes in Syria. (Sasha Mordovets/Getty Images)

Russia's military kit has been moving into Syria and the Mediterranean for months, picked up by American, Israeli and British intelligence. However, as in Ukraine, U.S. and EU diplomats didn't consider a major Russian-Iranian offensive as imminent because the Kremlin denied it. Once again, they ignored the risk that Russian diplomats and Kremlin messengers were deliberately misleading them.

Congress is now probing U.S. intelligence agencies for their failure, now twice, to ready America for Russian aggression. What I see here is not only a failure to gather raw intelligence, but a collision between two very different ways of thinking -- and treating diplomacy -- with Western envoys missing how Kremlin officials think.

Our diplomats are fond of legally and neatly putting things in boxes. Kremlin tactics are quite the opposite. Russian military thinking sees a long, grey spectrum between war and peace. There is similarly no clean breakdown between what are weapons of war and what are civilian tools, or what are propaganda forums and what are channels for frank talks. The diplomats and talks are part of the offensive.

What I see here is not only a failure to gather raw intelligence, but a collision between two very different ways of thinking -- and treating diplomacy -- with Western envoys missing how Kremlin officials think.

This should not surprise us. Russia's military textbook is blunt: "Information war ... is in many places replacing standard war." The Russian military boasts of such thinking. Valery Gerasimov, the head of Russia's armed forces general staff, speaking in 2013, said it was now possible to rout enemies with "a combination of political, economic, information, technological and ecological campaigns"

Why do Russian spy chiefs and military men think this way? The answer is their experience of American power in Russia since the fall of the USSR: where Western-backed NGOs, media and think tanks that undermined the Kremlin or the legitimacy of the security state came to be seen by Putin and those that surround him as a form of unconventional cultural warfare aiming to foster democratic activists or even a revolution against the Russian state.

Few have studied Russia's doctrine of information warfare that comes out of this experience as closely as Peter Pomerantsev, a fellow at the Legatum Institute. "The Syrian offensive is first and foremost psychological here," Pomerantsev explained to me. "Diplomats, talks and diplomatic-speak are part of the offensive. The objective is to confuse the enemy, leaving him unable to react quickly. Why? Because Russian military doctrine believes [that] in the 21st century what matters is whose story wins, not only whose army. Disinformation, deception designed to trip up American diplomats, is seeking a psychological victory: breaking the image of American omniscience and power." 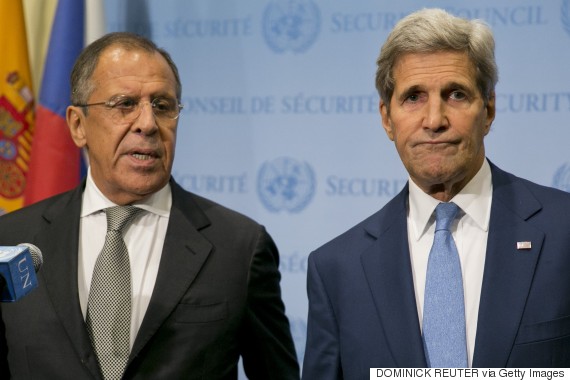 How come Western diplomats ignored Russia's military doctrine? How come there is still little awareness, in Western foreign ministries, that diplomats and messages are combatants in Russia's holistic sense of war. Language has a lot to do with it. Capacity for Russia analysis in the UK and U.S. governments has been run down since the end of the Cold War. This is a dismal state of affairs where less than a third of so-called "speaker slots" in Britain's foreign office were filled with people who could actually speak Russian. There is a chronic lack of understanding.

Russia's holistic sense of war goes much further than diplomats. "Russian military doctrine," Pomerantsev explained to me, "thinks of information war as going much, much further than simply tripping up diplomats. Russian information war aims to disrupt and disturb the way different parts of society in the West think through their response to Russia. Pumping out Russia Today, flooding Twitter with trolls, filling up the comment sections on the Guardian is part of the same campaign -- though a very minor one. This is what they call the psycho-sphere of conflict. The aim is to confuse."

How to fight back against the Kremlin's confusion? The first step is simple. You can't continue to talk with Putin the old way. Western diplomats need to ignore his words, forget his promises and look at his actions. We need to stop assuming Russia conceptualizes war and weapons the same was as ourselves. We need to set Putin's actions in their proper context, which is the Russian holistic idea of war. Seen this way, Ukraine and Syria become clearer. They are a single front: both military but above all psychological offensives on a weakening West. As much about cementing the image of his power at home, as abroad.

Author, 'Fragile Empire: How Russia Fell In and Out of Love with Vladimir Putin'