What's a development agency to do when the intended recipients of U.S. assistance don't want to be helped? This question is most certainly on the mind if those who have been working in USAID's Russian Federation foreign office, which will be ending its activities in the region at the request of the the local government as of this past Tuesday. Despite this change, State Department Spokesperson Victoria Nuland has stated that "we remain committed to supporting democracy, human rights, and the development of a more robust civil society in Russia and look forward to continuing our cooperation with Russian non-governmental organizations."

Some organizations, such as Freedom House, have argued that this response to U.S. involvement abroad is a continuation of the Russian government's hostility towards promoting pro-democracy organizations, while others see it as a natural progression of Russian assertion of sovereignty:

"Russian authorities have made clear for the better part of a decade that they see Russia as a great power and a provider of assistance, not a recipient," said Matthew Rojansky of the Carnegie Endowment for International Peace.

Regardless of motivation for this decision, democracy promotion organizations such as USAID are already facing similar dilemmas in other countries such as Egypt. This being the case, how do you promote values and train civil society organizations in wealthy, powerful countries (and allies), especially if your presence on the ground is viewed as meddling? 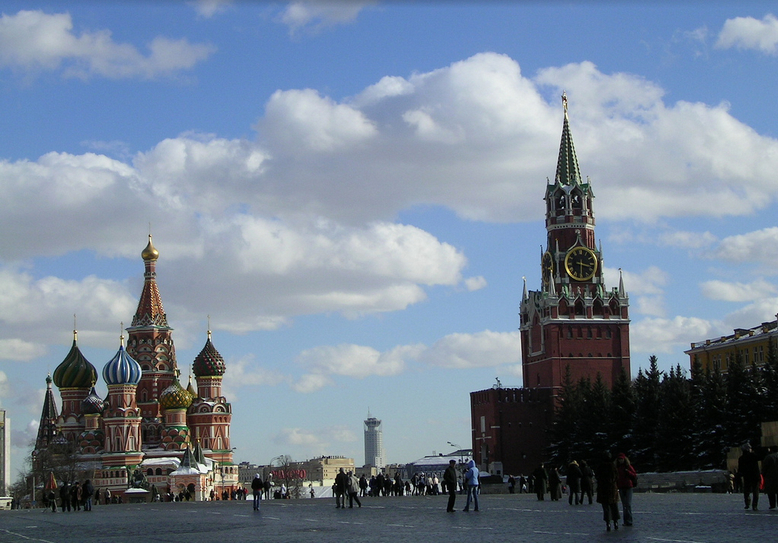 The Emergence of Virtual Diplomacy

One answer may be to not be on the ground at all: Over the past several years, we've seen a shift in diplomatic approaches toward areas that were once considered unreachable but which are increasingly open to online influences. Nowhere is this more true than embassies, such as the virtual U.S. embassy for Iran, which admittedly ran into it's own issues in terms of access as Iran blocked the site within 12 hours of its launch. In these cases, online communication aims to bypass resistant government influences and further democratize the diplomatic process, offering the ability to connect civil society groups, issue organizations and individuals -- regardless of nationality.

But this rise of "e-diplomacy" is only part of the story. In the field of development, we've seen a shift away from brick-and-mortar buildings towards individual and institutional capacity building. And unlike construction projects, these are skills that can be taught online -- in many cases bypassing the need for expensive visas, security constraints, and safety concerns. Of course, this approach is not without its objections.

The first objection to this approach is that online learning is a poor substitute for in-person experiences. To this objection, we can only say that you're right: online learning usually falls short of in-person engagements. But it's getting better. Using real-time video conferencing, interactive simulations, and learning platforms that double as social networks, online learning tools are quickly catching up for information richness. And better yet, they can leverage global expertise pools to provide content and not just be dependent on which expert is willing to fly in for a week-long workshop.

The second objection is that not everywhere is at the minimum acceptable level of connectivity to make online learning a feasible option. That's correct (although less and less true in Russia where broadband alone is estimated above 30 percent penetration), but in this particular case, low broadband diffusion would be a less acceptable objection, in that we are largely looking at already developed allies who object to development paternalism, and by definition are at a minimum for diplomatic engagement. Moreover, online learning need not be bandwidth-intensive -- you can do a lot with a chat message board and a podcast. This second objection also implies that in-person trainings will accommodate rural trainings unreachable by Internet -- to which we can only ask how many trainers have made the hike to these villages previously.

Ultimately there is reason to believe that using widely-available technology, democracy promotion organizations have the potential to greatly influence dialogue by amplifying local practitioner voices, and giving domestic organizations a channel for collaboration with international experts.

While in the short term, Russia's move will most likely cause consternation regarding what to do with the $50 million slated for projects and the expertise of 70 staff persons that had been assigned to the country office, the crisis may ultimately prove to be a positive catalyst for a change of thinking in international development if it spurs a reconceptualization of U.S. assistance and capacity building away from "suits on the ground" and towards convening online communities for capacity building by connecting experts with local organizations. By utilizing this type of network-oriented approach of capacity building, linking global experts and local actors, we may even see the emergence of a more sustainable system than what has long been the standard operating procedure for much of this community.

If contemporary developments means country offices, workshops, buildings, schools, etc. then the recent events in Russia are a major setback. If, however, development is focused on building individual and organizational skills, then this may be a driver of modernization in using online tools to their full potential.

Co-author: Christopher Neu, the COO of TechChange, and is happy to continue the discussion @TechChange.

Co-author: Christopher Neu is the COO of TechChange, and welcomes further discussion @neuguy.