MOSCOW -- Do Russians really support the bombings in Syria? Depends on when you ask them.

They do, if you look at the latest polls. The Public Opinion Foundation reported on Dec. 3 that 70 percent of Russians support the Syria bombings (as opposed to 64 percent in early November). The Russian Public Opinion Research Center reported on Dec. 4 that a majority (62 percent) supported the current intensity or even more active engagement in Syria. On Oct. 29, the Levada Center reported 54 percent of Russians support the Syria bombings, military consultation and arms supplies.

And yet the attitudes towards the military engagement in Syria were the exact opposite a few months ago. In fact, within a month (from September to October 2015) the attitudes toward the military engagement in Syria changed abruptly. In September, 69 percent of Russians opposed direct military help to Syrian President Bashar Assad, while in early October, 72 percent of Russians supported the bombing campaign in Syria. Initial opposition to the engagement was particularly strong due to the lasting memory of the Soviet war in Afghanistan -- the USSR lost about 14,500 soldiers in Afghanistan. Russians did not want another potentially long-term and bloody military engagement in the Middle East. And yet, in early October, 46 percent thought the Syria engagement might lead to "a new Afghanistan" -- but only 11 percent thought so a month later.

In fact, sharp and prompt swings in Russian public mood are nothing new and are typical for most geopolitical decisions under Russian President Vladimir Putin. Similar abrupt changes occurred during the war in Ukraine a year ago.

In early March 2014, 24 percent of Russians actively supported military engagement in Ukraine; in June, that number rose to 40 percent. In contrast, by the middle of 2015, most Russians seemed to have forgotten the war with Ukraine happened at all. Currently the majority want Russia to remain within its current borders (the number peaked at 57 percent in March 2015, the highest figure in 17 years) -- conveniently neglecting Russia's annexation of Crimea in early 2014. And 64 percent believe Russia shouldn't keep the former Soviet republics under its control (again completely ignoring Russia's actions in Ukraine for the last year and a half). Equally flexible are positions on other issues: be it the attitudes towards the United States or a potential military conflict with Turkey. 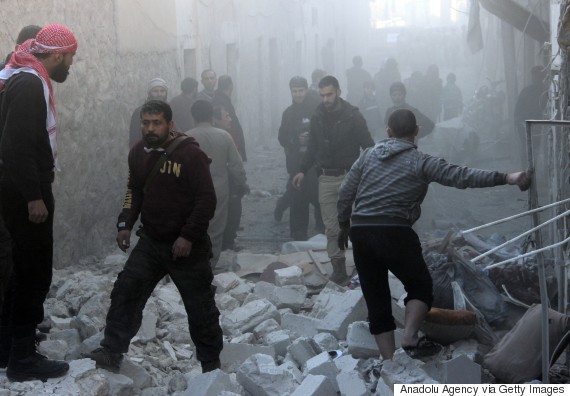 Somewhat ironically, the terrorist bomb explosion that led to the crash of Russia's Airbus A321 on Oct. 31 didn't seem to significantly affect Russians' views on the Syria military action. Only 11 percent of Russians put the main responsibility for the crash on the terrorists. Others blamed the Egyptian airport security (32 percent), Egyptian security services (25 percent) and the United States (8 percent). Only 15 percent of respondents believed that Russia has been bombing Syria in response to the Airbus crash. Russians also tend to confuse the crash of the A321 with Turkey's later downing of a Russian jet, and hence favor a stronger stance against Turkey.

How does one explain such wild changeability of attitudes? The usual answer is state media propaganda. Putin's every military adventure in the last few years has been accompanied by simultaneous aggressive coverage of conflict on state-controlled TV channels. Since about 90 percent of Russians primarily rely on state TV channels to get their news, such public mood swings are understandable. In addition, the war mindset fits the image of a besieged fortress carefully crafted by Russia's state media over the last few years. The besieged fortress mindset in turn corresponds to Cold War memories that most Russians still have. Thus, the popular perception that in reality "Russia is always opposing the U.S.," whether in Syria, Turkey or Ukraine, facilitates public digestion of yet another conflict the Kremlin engages itself with.

However, the speed of public opinion swings in Russia is too high even given the propaganda intensity. How can a sane individual literally believe one thing today and its complete opposite tomorrow? In reality, most Russians simply do not believe anything. Russian society can be split into about 20-25 percent "hawks" with more aggressive stance on foreign policy, about 10 percent "liberals" with a softer stance, and the rest -- people without any deep persuasions whatsoever. 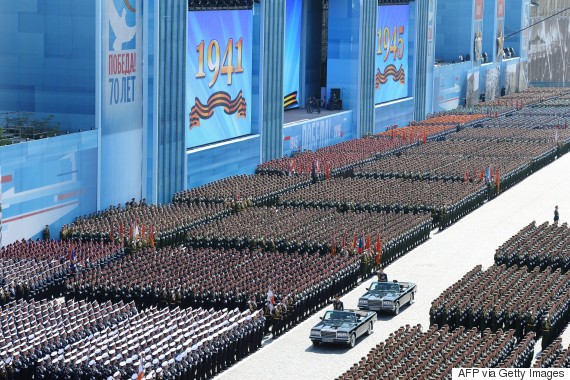 As Denis Volkov of the Levada Center points out: "The majority are simply indifferent: they don't want to analyze the situation and take a particular position. When asked who were the men wearing green unmarked military fatigues in Crimea in 2014, the majority (53 percent) said that 'it could have been anyone.'"

Hence, the majority of Russians follow events passively, mostly voice the positions that were communicated to them by the state TV channels, and their support of Russian military actions in Syria is more reflective of the power of popular TV shows, rather than the actual mobilization of society. Instead of revealing their true convictions in the polls, people simply establish the connection between familiar and unfamiliar words that they heard on TV. But such attitudes are superficial: although in theory the Russian people might support the war (as it is "strengthening Russia's geopolitical positions on the world stage"), in practice most of them aren't ready to go fight in it.

On the upside, this suggests that if state TV content was replaced by its opposite -- advocating for peace, democracy and, say, an alliance with the United States -- the majority of Russians will likely start supporting such ideas within a few months.

On the downside, most Russians will also likely approve of Russian troops on the ground in Syria tomorrow, should Putin deem it so.