The meteor that exploded in a blinding burst of light and streaked across the sky over the Ural mountains in Russia on Feb. 15 has no connection to the anticipated flyby by asteroid DA14, according to a top NASA scientist.

Don Yeomans, asteroid expert and head of NASA's Near-Earth Object Program Office told Space.com Friday that the event, an exploding fireball known as a bolide, was not associated with incoming asteroid 2012 DA14.

"The asteroid will travel south to north," Yeomans wrote in an email to Space.com. "The bolide trail was not south to north and the separation in time between the fireball and 2012 DA14 close approach is significant."

Stargazers in Europe, Asia, Africa or Australia may be able to watch the asteroid flyby with a pair of strong binoculars. The flyby will occur in Europe and Africa on the night of Feb. 15, and in Asia and Australia on the morning of Feb. 16. The White House-sized asteroid is expected to pass within 17,200 miles of Earth Feb. 15. There is no danger of an impact.

"No one on Earth is in danger, nor will any of our satellites be hurt or damaged," Jim Green, director of NASA's planetary science division, said in a video released by the agency Feb. 14.

Unfortunately, the same could not be said about the meteor shower over Russia on Friday, which is thought to have injured nearly 1000 people, primarily due to flying shards of shattered glass.

The bolide was caught on video by many people in the region, via mobile phone and dashboard cameras. Trails could be seen in the morning sky after the fireball appeared to explode, and some recorded the sound of what may have been the sonic boom that the meteor made as it broke up in earth's atmosphere.

WATCH: Take a look at animated illustrations of the forthcoming DA14 flyby (below). 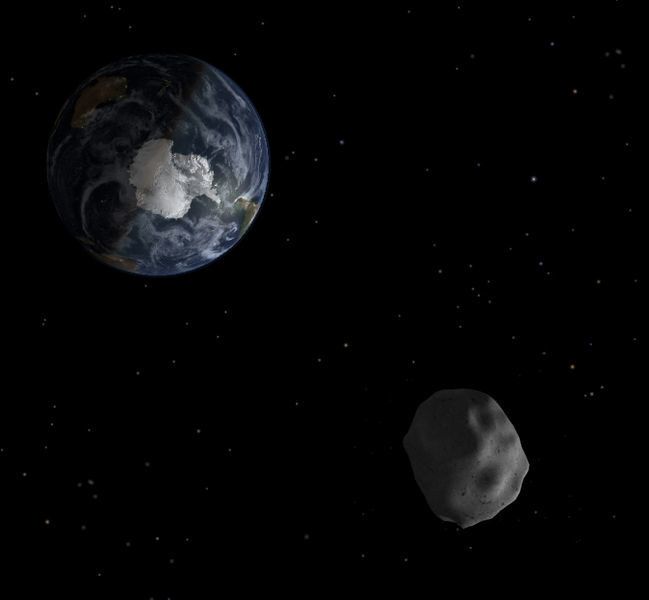