On Monday, the U.S. Supreme Court ruled in the much-followed “cakeshop” case, siding with the bakery that refused to make a wedding cake for a same-sex couple in 2012.

“When a couple contacts a bakery for a wedding cake, the product they are seeking is a cake celebrating their wedding ― not a cake celebrating heterosexual weddings or same-sex weddings ― and that is the service [the couple] were denied,” Ginsburg wrote in her dissent.

It’s worth noting that while the court’s decision was certainly a disappointment to LGBTQ rights advocates, the ruling in this case was “narrow,” according to the American Civil Liberties Union’s Louise Melling ― meaning it doesn’t set a broader precedent for future cases on religious freedom and LGBTQ rights. Also importantly, in its majority opinion, the court reaffirmed the basic principle that businesses should not discriminate, including against LGBTQ people.

Here’s a rundown of what exactly Ginsburg was fiercely dissenting to, and why.

With its Monday ruling, the Supreme Court reversed a lower court’s ruling, which had found in favor of same-sex couple David Mullins and Charlie Craig, and against Masterpiece Cakeshop owner Jack Phillips, who refused to serve them based on his Christian religious beliefs.

In Monday’s majority opinion, Kennedy wrote that it reversed the ruling on the grounds that the Colorado Civil Rights Commission ― a party arguing against Phillips in this case ― had shown “hostility” toward religious freedom arguments in the past and was not a “neutral” decision-maker. Specifically, the justices pointed to a previous complaint that had come before the Colorado Civil Rights Division, in which it had supported bakeries’ rights to refuse to make a cake that would have had “decorations that demeaned gay persons or gay marriages.”

In this 2014 case, which was detailed in the court ruling, a certain William Jack had complained to the Colorado Civil Rights Division that bakeries were discriminating against his religious beliefs by refusing to make a cake for him. The cake he had asked for included an image of two groomsmen holding hands with a red ‘X’ over them, and included: “Homosexuality is a detestable sin. Leviticus 18:2.” One bakery refused to make the cake, saying the inscriptions were “hateful,” another saying that it would not discriminate. When Jack brought his complaint before the state’s Civil Rights Division, arguing they were discriminating against him for being Christian, the state found no probable cause of unequal treatment based on his religious beliefs.

Flash forward to Monday’s ruling, and the court’s majority opinion argued that the Colorado Commission’s lack of neutrality and “hostility” could be seen, in part, in this differing treatment of the Masterpiece case and this 2014 case of bakeries refusing to make a cake with anti-gay messages.

That’s where Ginsburg’s dissent came in. While there was “much in the Court’s opinion” that she agreed with, she wrote: “I strongly disagree, however, with the Court’s conclusion that Craig and Mullins should lose this case.” She notably didn’t agree that the Masterpiece case and the other bakeries’ refusals were comparable, for a key reason: In one instance, the bakeries were refusing to make a cake because the language was offensive ― and they wouldn’t have made that cake for anyone else. In this Masterpiece case, he was refusing to make a wedding cake, which he would have made for others, based solely on the fact that those buying it were queer.

“The cases the Court aligns are hardly comparable,” she wrote. “The bakers would have refused to make a cake with Jack’s requested message for any customer, regardless of his or her religion. The bakeries’ refusal to make Jack cakes ... scarcely resembles Phillips’ refusal to serve Craig and Mullins: Phillips would not sell to Craig and Mullins, for no reason other than their sexual orientation.”

“Jack, on the other hand, suffered no service refusal on the basis of his religion or any other protected characteristic. He was treated as any other customer would have been treated — no better, no worse,” she added.

What the court’s ruling will mean for future cases that could pit LGBTQ rights against religious freedom rights remains to be seen.

“We can expect to see many more instances of public businesses refusing to provide services to gay people in the name of religious freedom,” JoLynn Markison, labor lawyer at law firm Dorsey & Whitney, said in a statement to the media. “The Supreme Court may have dodged the issue for now, but it will not be able to avoid it forever.” 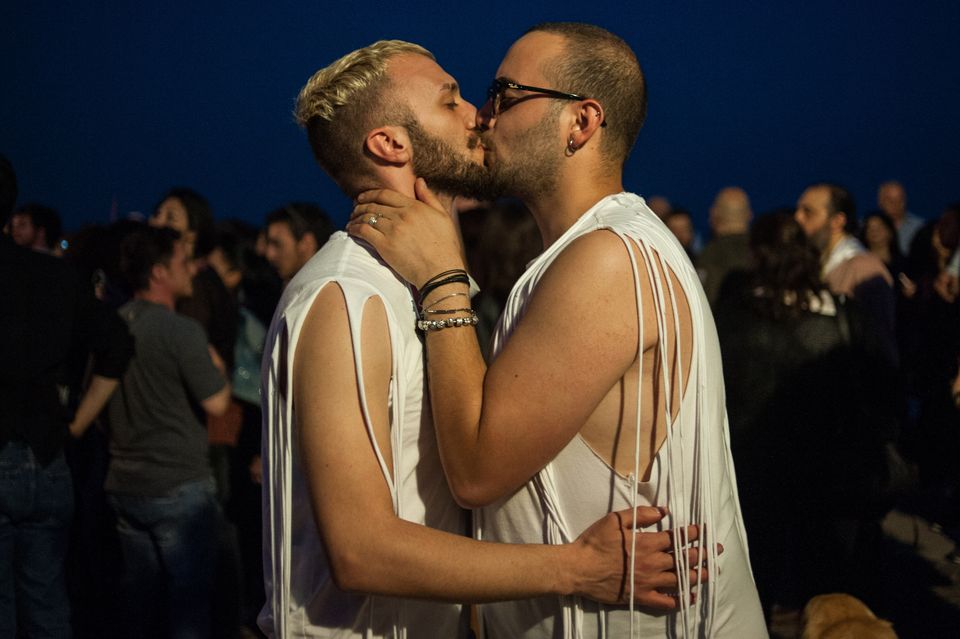