If Ruthie Collins turned out to be one of your favorite artists, which is entirely possible, there are probably two different ways that it could end up happening. How likely is it? Well, that depends. If you already like musical artists who are brightly imaginative, truly gifted singers, Country Music, or maybe all of the above, it could definitely happen. In any case, it could happen a couple of different ways. 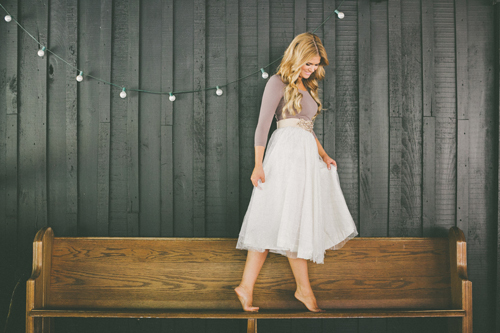 The first way, of course, would be if you just heard some of her music. Because it's the first single from her debut Ruthie Collins EP, and since it's already being played a lot of places, the first thing you might hear would most likely be "Ramblin' Man", her unusually creative rework of Hank Williams Sr.'s 1953 classic. If you did, it might not take long before you got the idea that you'd like to hear a lot more of Ruthie Collins, even if you didn't know the rather amazing back story about how they made that recording. That's the story about how a very traditionalist Country Artist (Ruthie) on a respected Country Label (Sidewalk / Curb) ended up making a rework of a decades-old classic by one of traditional Country's most revered legends (Hank Sr.) that blends very traditional instrumentation (practically bluegrass) with cutting edge, EDM inspired production techniques. What?

That's Ruthie Collins. "I love vintage stuff," she says, "I love old-fashioned everything." She means it, too; Ruthie Collins is all about appreciating everything that a heritage is made out of. She's always on the lookout for forgotten treasures, like vintage furniture, classic Country Music, even an old-fashioned bottle of Dr. Pepper that she found at a small town gas station near Asheville, North Carolina, except that's not all there is to Ruthie Collins. 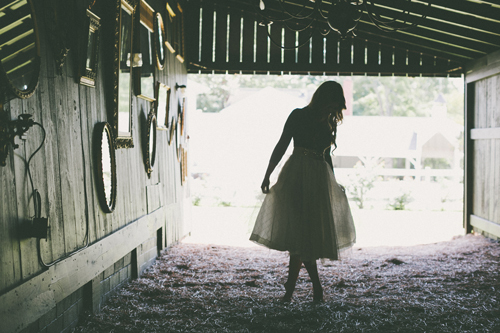 She's as comfortable, and as creative, in the high tech worlds of social media and cutting edge studio production as she is in the high touch worlds of gardening, sewing and crafts. If you see her on Pinterest or Instagram or Facebook or Twitter, you see a constantly updating collage of all the different things that she's so engagingly enthusiastic about, including a picture of a smiling Ruthie Collins (out on the road with her vintage Airstream, on an extensive radio tour in support of her new Ruthie Collins EP) standing in the sunlight at a gas station outside of Asheville with that bottle of Dr. Pepper.

That's the other way that it could happen, the other way that you might start thinking of Ruthie Collins as an artist you were really interested in hearing more from. True, if somebody just told you about it, it might sound like a contradiction or something. It might seem a bit far-fetched if someone told you that there's this really talented young singer and writer, from a traditional rural community, whose art can embrace such an unexpected panorama of priceless old ideas and brand new insights. In fact, though, what looks like some sort of contradiction is really a complex gift for creative synthesis. Besides the fact that it's all so much fun, it's also a fascinating insight into how Ruthie Collins finds the music that she shares, a chance to discover her effortless and natural ability to find things that work and put them together.

You get to see a lot of Ruthie Collins' imagination, and quite a bit of how dauntless that imagination can be, in the six songs on the Ruthie Collins EP. It's all country music, but it's a big country, and she covers a lot of ground. It's a smooth ride too, with fast flowing lyrical pictures and musical compositions that travel from gently romantic to driving and rowdy without ever getting lost along the way. 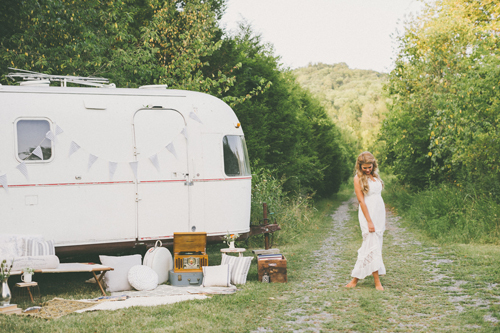 Ruthie Collins' music is both a showcase for the richly interwoven clarity that is always a hallmark of great Country Music, and a surprisingly bold lesson in how to arrange and produce that music. As you get to know Ruthie Collins more though, it seems somehow appropriate that the only song on the EP that's not one of her originals is such a showcase for her originality. Because she's a traditionalist in so many ways, it's not all that surprising that she would be inspired by the legendary Hank Williams Sr., who inspired so many of Country Music's greats. What's more surprising is where that inspiration brought her.

"I wanted to do something that felt really authentic," Collins begins, as she explains how they came to put together their cover of Hank Williams Sr.'s "Ramblin' Man". "I had this idea to take a classic country song, and rework it. "Ramblin' Man" was the first song that I thought of." Collins and her co-producer Curt Gibbs, with whom she produced all six tracks on the EP, began to explore the idea of combining the traditional acoustic sounds of Collins' Country band with brand new production techniques, techniques more often associated with music and machines that Hank Sr. never could have dreamed of.

"That was where it became interesting, where we took all these bluegrass instruments, and then started experimenting with some of the sound programming," she says. "That's where it all kind of just exploded." Even she was surprised at how it all came together. "I just love the way it turned out, but it's not something I saw coming. It's so interesting that even though I have this organic, I-like-everything-to-be-real approach, I just thought we got this really cool sound when we mixed the old world and the new world together."

So did her label, Sidewalk / Curb. "I was really nervous, because it's so different," Collins recalls. "Hank Sr. is one of the most amazing artists in Country Music history, so there's a lot of respect there, and I did not want to do anything that in any way that could come across as disrespectful." After playing it for Curb's Jim Ed Norman, she asked him how he thought Hank Sr. would feel about it if he heard it. "Well, I didn't know Hank," Norman replied, "but people who did say he enjoyed a good time, so I'll bet if he'd heard this he'd have gotten up and danced."

There are actually a lot of ways that somebody could discover Ruthie Collins, and a lot that they could discover about her, but there might not be anything that gives you a better picture of where her imagination might take her than her vintage Airstream. "The original idea came from when my husband and I were talking about food trucks," Collins explains, "about how the food truck thing had gotten really big, and he said well, what about a music truck? So we started thinking, how amazing would it be if you could create a truck for music, so that people don't need to go to the venue, you could move the venue anywhere you want."

The result, after months of searching online ads and backroads from Nashville to North Carolina (and then several more months of design and restoration), is a picture-perfect, road-ready illustration of how imaginatively and effectively Ruthie Collins can mix the old and the new. If twenty or so people come inside, it's an acoustic venue, if they pull out the awning and fire up the mint-sounding 21st century on-board sound system, it's an outdoor venue that can go almost anywhere. It's an old church pew, and some theatre seats from the 1800's, carefully built into a 1970's Airstream trailer, all decked out with up-to-the-minute sound technology, and Ruthie Collins is taking it with her all over the country.

Somehow it seems like a perfect illustration for what it's like to discover Ruthie Collins' music and her many, many other inspirations. Yet that's not quite all there is to Ruthie Collins, either. She doesn't just like all of these vintage treasures, all of this traditional value, she thinks about it, reflects on it, and one reason why she's so able to blend those things with more modern inspirations is because of her understanding of what's worthwhile. "I think a lot of people feel that the world is changing so quickly, and it's so hard to keep up with technology," she says, "and we're all kind of being forced into that world. Emulating the past kind of makes us get our balance back."